For a downloadable copy of our 2019 Results Brochure

Harrodian is celebrating its best ever A Level results and an impressive increase in top grades at GCSE along with strong average point scores (APS) across both year groups. Headmaster, James Hooke, rounds up and reflects on our 2019 results.

I am delighted to report that Harrodian pupils have performed extremely well in this year’s public examinations, with many outstanding individual successes at both GCSE and A Level and consistently good performances by all our students across both cohorts.

It was heartening to see how Harrodian pupils were able to take on the challenges of more difficult and rigorous public examinations following recent government reforms. 71% of all our GCSE grades were 9/8/7 (the old A*/A grades), up from 67% last year. Two pupils scored ten straight 9 grades and thirteen others scored a combination of 9s and 8s (the old A* star grade). 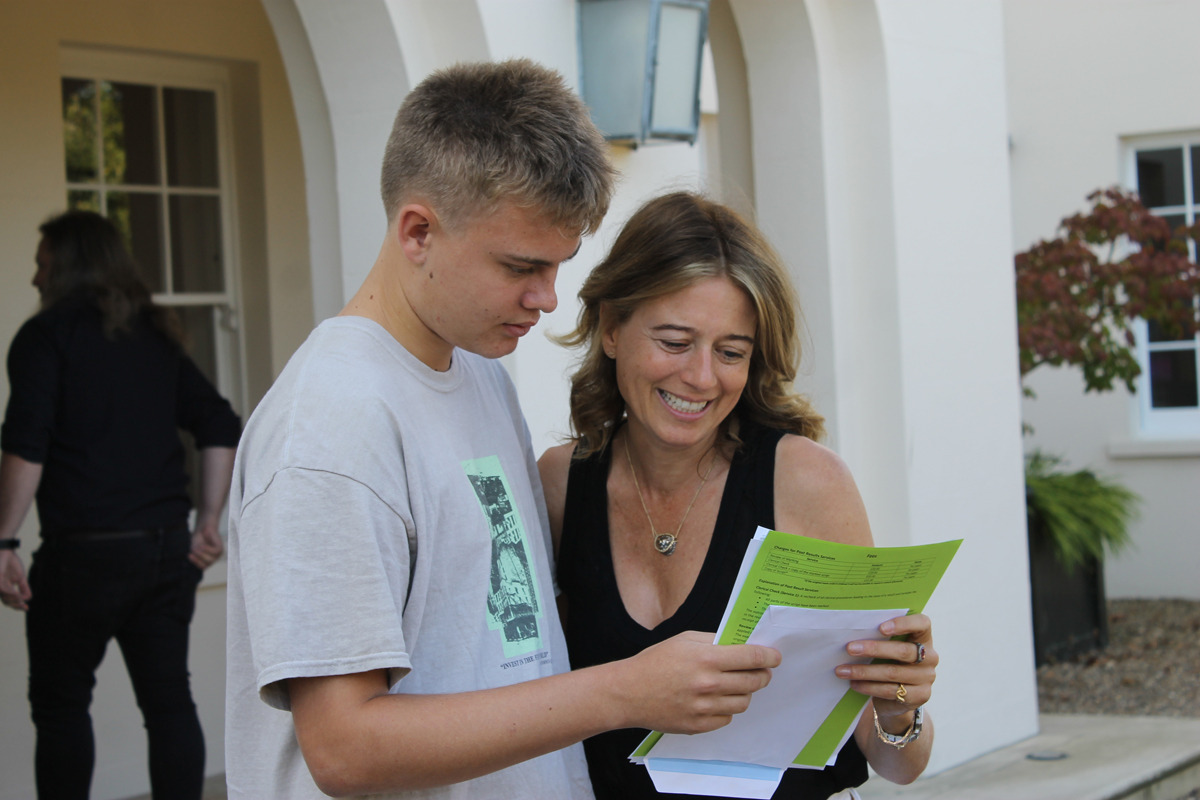 At A Level, our results were similarly impressive and followed the same upward shift as our GCSEs, despite the declining national trend which saw A*/A grades falling to 25.5% - the lowest since 2007. In contrast, our proportion of A*/A grades jumped to 52% against 49% in 2018. When factoring in B grades, the success of our pupils is further demonstrated by an impressive 80% of all grades hitting A*/A/B.

At A Level our proportion of A*/A grades jumped to 52% against 49% in 2018. When factoring in B grades, the success of our pupils is further demonstrated by an impressive 80% of all grades hitting A*/A/B.

These excellent A Level results featured consistently high performances from more of our 81 Upper Sixth Formers than ever before, with no fewer than 28 students achieving 3 As or better, an increase from last year’s total of 23. Several of the Upper Sixth who sat four A Levels also distinguished themselves: Nicole, our outgoing Head Girl, achieving three A*s and one A grade; Pearce two A*s and two As; Beata three As and one A*; and finally Christian, a homegrown Harrodian from the age of four, who scored an impressive four A*s.

Mrs Locke and I are extremely proud of the achievements of all these pupils. Our congratulations to each and every one of them and their teachers whose unwavering support and guidance played a key part in achieving such strong outcomes.

Their remarkable success has allowed most Harrodian A Level students (nearly 80%) to enter their first choice universities or art colleges in the UK, USA, Canada and Europe, with course choices ranging from the Natural Sciences to Liberal Arts and from Engineering to PPE. One place to read Law at the University of Oxford was confirmed, as were all our applicants to University College, London. Other popular destinations this year included The University of Edinburgh (6 students), followed by King’s College, London and The University of Manchester (5 students at each). Leeds and Nottingham (4 each) were also popular, whilst diverse destinations for those opting for Fine Art and Architecture included the University of Edinburgh, Nottingham, Oxford Brookes and Reading. 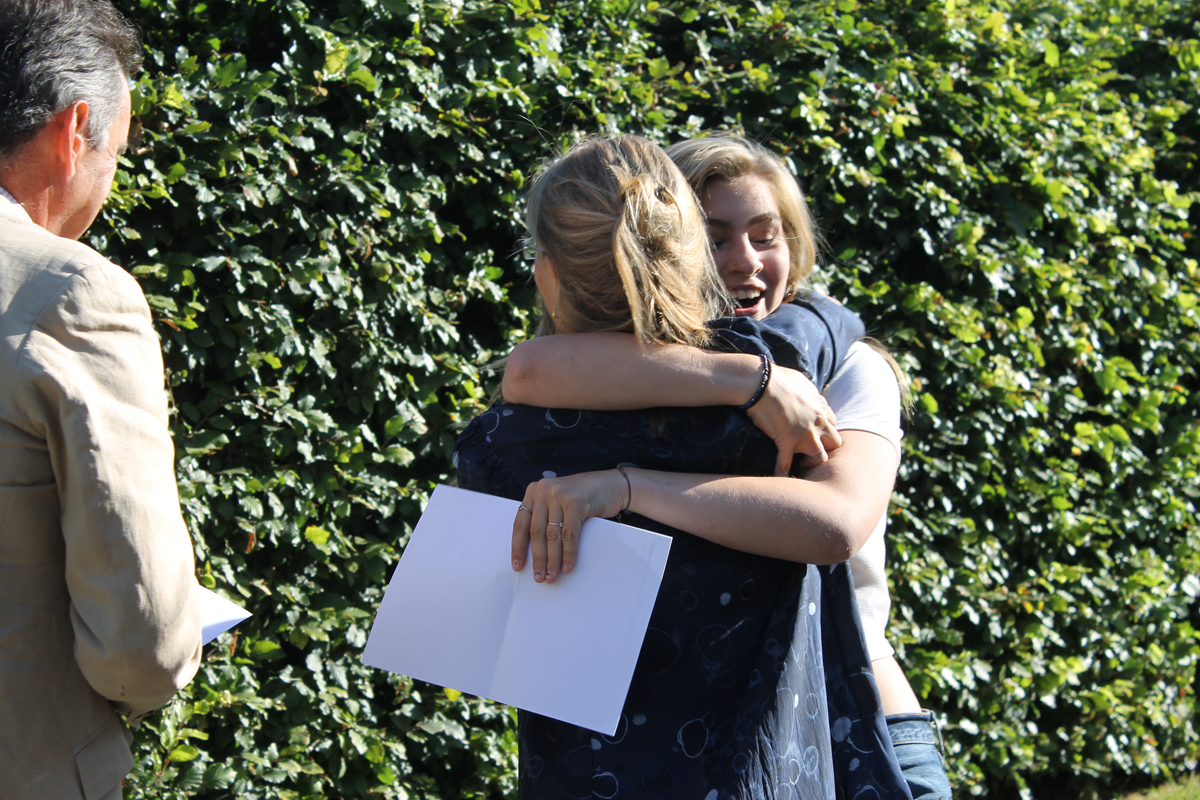 Much credit for the successful progress of so many Harrodians into the Sixth Form and tertiary education belongs to Captain Rob Stewart, Head of Seniors, and Mr David Behan, Head of Sixth Form, and their respective teams. Whatever the outcome of their examinations, the advice and support that our students receive on results day is, I believe, second to none. Captain Stewart and his team work hard to ensure that students moving into our Sixth Form are confident about their A Level choices whilst, as ever, Mr Behan and Dr Thompson, UCAS Co-ordinator, remain determined to ensure that no student leaves the school at the end of the day without having a clear plan or a confirmed University place through the clearing process. 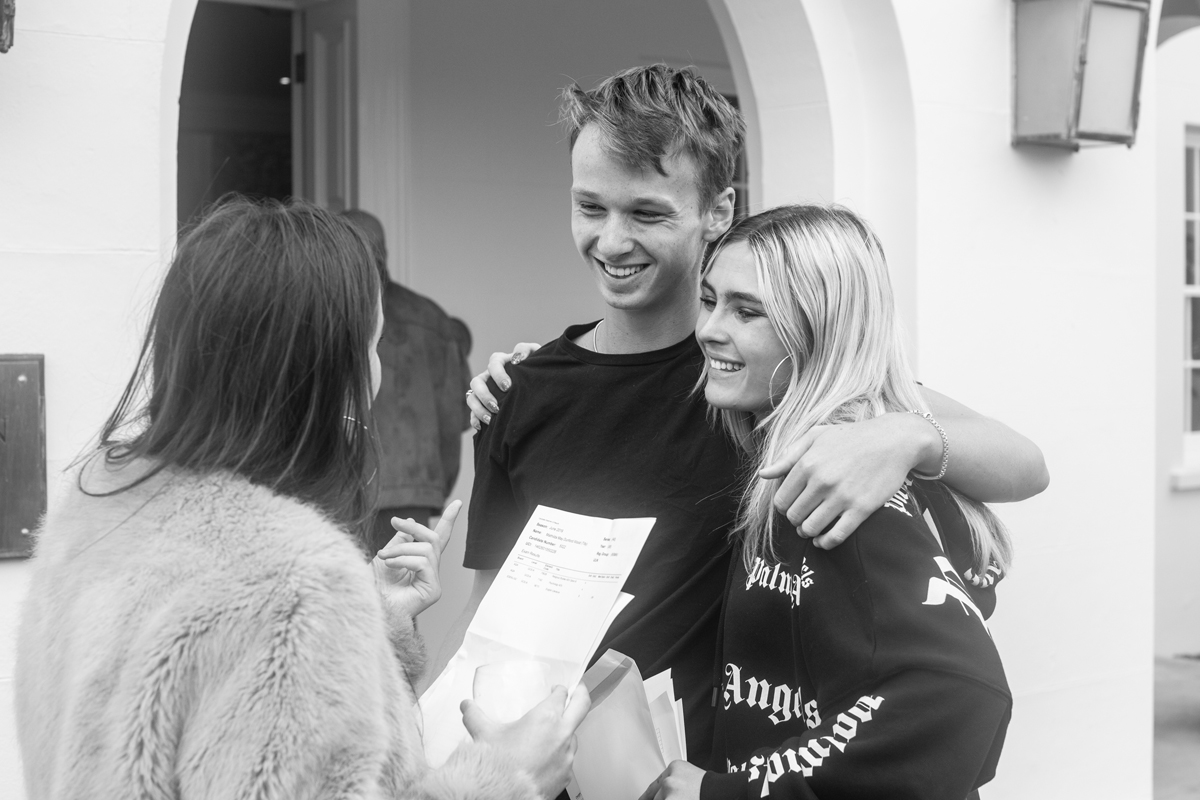 We are delighted that nearly all of last year’s GCSE students are now back with us as fledgling Lower Sixth Form students. I am confident they will address the academic and extracurricular challenges of the Sixth Form with all the energy, dedication and enthusiasm they brought to the 15s (Year 11). It was wonderful seeing many of last year’s Upper Sixth Formers at last night’s Senior Prize Giving allowing us to send them off on the next chapter of their lives with our congratulations and best wishes for the future, fresh in their minds.

To view the full gallery of photos please click the relevant links below: