Film is arguably the most important and defining text form of the last hundred years. It tells the stories of our societies and emotionally connects with audiences in a way that no other medium can. Students choosing this subject will investigate every aspect of a film's creation and the way that filmmakers build their stories: for example, the technical aspects used to influence audiences, narrative structures, character arcs and thematic explorations.
Film Studies allows students to engage with films from a wide variety of eras and countries, allowing pupils to broaden their cinematic horizons as they engage with film’s broad cultural and historical heritage. The study of world cinema in particular exposes students to contexts that may be unfamiliar, among them segregation in South Africa, class disparity in India and gender dynamics in Saudi Arabia.
As well as its theoretical component, Film Studies includes a significant practical element. Students are required to tackle all the creative and technical steps in a fllm's production cycle, taking on tasks that allow them to master planning, shooting and editing and  then putting these skills into practice by making their own films. 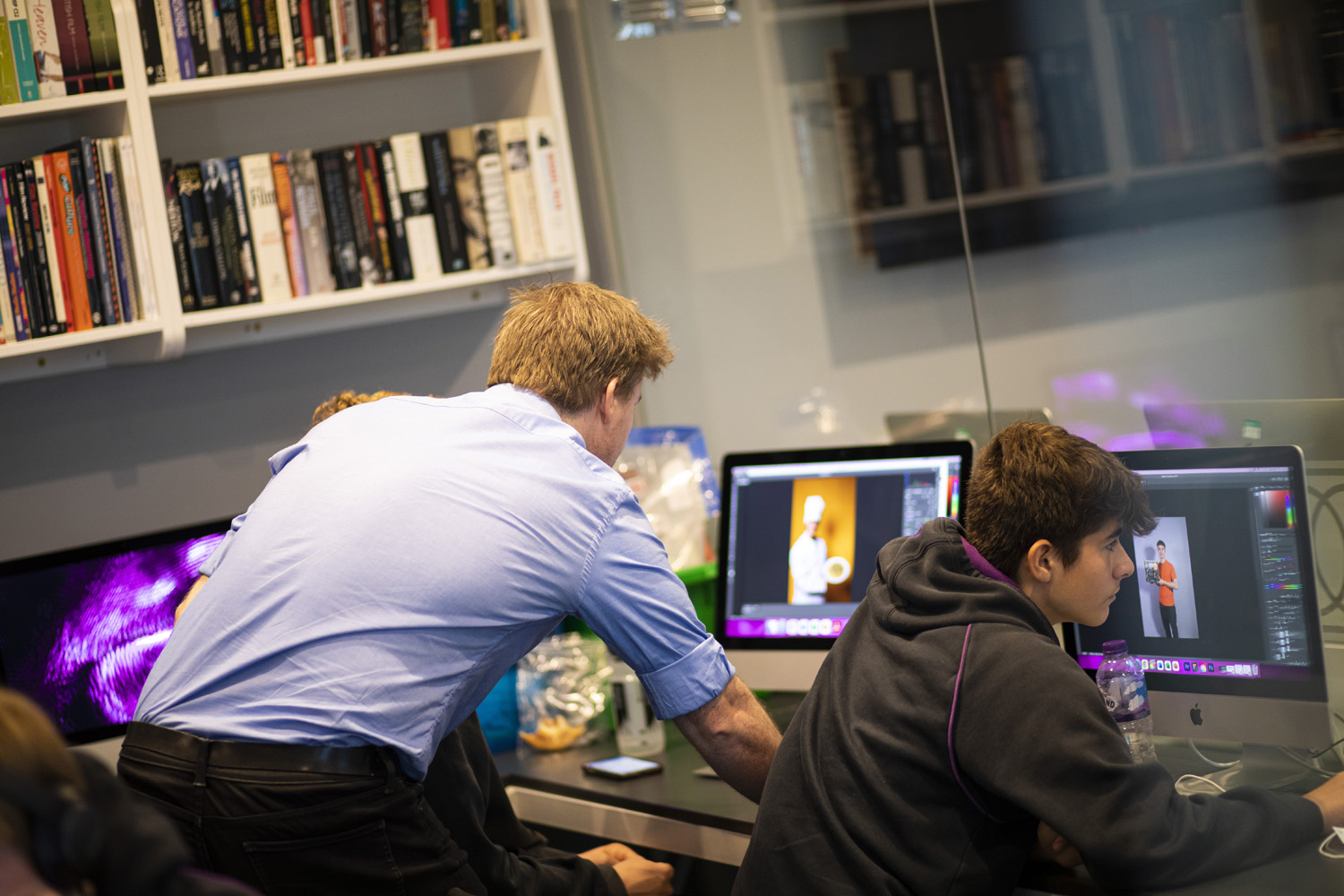 Harrodian offers pupils the chance to undertake a preliminary taster year in Film Studies which allows them to sample the subject before they embark on the GCSE curriculum.  This gives them an early appreciation of the medium of film and provides a strong foundation in film analysis and creation.

Students who engage critically with film as text or artwork will be well suited to this subject. The set texts come from a wide variety of eras and countries, allowing students to broaden their cinematic horizons as they engage with film’s broad cultural and historical heritage. Film Studies will allow students to develop analytical writing skills and become confident readers of film as they approach it through concepts of narrative, genre, aesthetics and representation. The non-examinable assessment is ideal for creative students, with two different options to choose from depending on their interests and skillsets. As preparation for the NEA students will regularly have the opportunity to complete a variety of practical tasks designed to improve their writing, shooting and editing skills.

Plans are underway for the implementation of A Level Film Studies starting in September 2023.

Please find examples of our department and pupil's work below, in the gallery of pictures and by visiting:
Harrodian Media You Tube Channel
Twitter page: @HarrodianMedia