STEM (Science, Technology, Engineering and Maths) is establishing itself as a new focal point of Harrodian's co-curricular activities. Thanks to a growing network of clubs, Harrodians from 8 to 18 now have the opportunity to extend knowledge acquired in the classroom into practical, project-related group tasks and competitions.  This page provides a guide both to the thinking behind the programme and to activities across the age groups 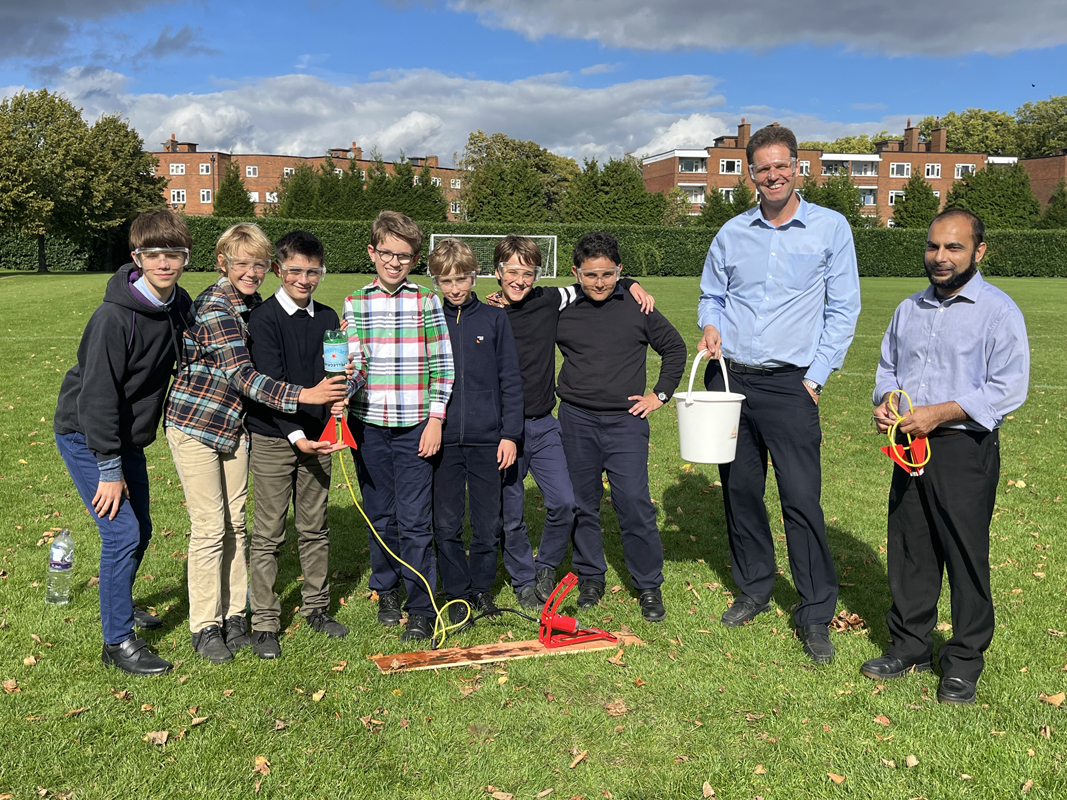 Harrodian's STEM programme is the brainchild of Head of Design (and STEM Co-Ordinator), Jake Murray, emerging from his fascination with the dynamic power of 21st engineering and technology. ‘The so-called Knowledge Economy is where growth and progress are coming from in the modern world,' he says. Mr Murray believes the best way of motivating pupils to engage with STEM, is to get them involved in real-life projects which encourage the development of practical skills and a problem-solving mindset.  Five years ago, he founded an R&D (Research and Development) Group which enabled Sixth Formers to build and fly High-Altitude Balloons and to take part in nationwide competitions like Cansat and F1 in Schools which challenged them to design mini-satellites and racing cars (see below for details).

Our aim is to ensure that students arrive in the Sixth Form equipped with the sort of technical skills – especially electronics, engineering and coding – that are useful in their future and vital to that of the country

The success of this initiative has led to the expansion of Harrodian's Co-Curricular STEM programme. With the help and participation of our design and science teachers and technicians,  in September 2021, Harrodian launched new STEM clubs at Junior (Years 4-6), Upper Prep (Years 7-8)and 13s-14s (Years 9-10) levels, alongside the existing R&D Group for 15s and Sixth Formers (Years11-13). ‘Our aim is to ensure that students arrive in the Sixth Form equipped with the sort of technical skills – especially electronics, engineering and coding – that are useful in their future and vital to that of the country’ explains Mr Murray. ‘The earlier they start, the better.’ (The complete list of current projects and activities and our future plans is set out below.) 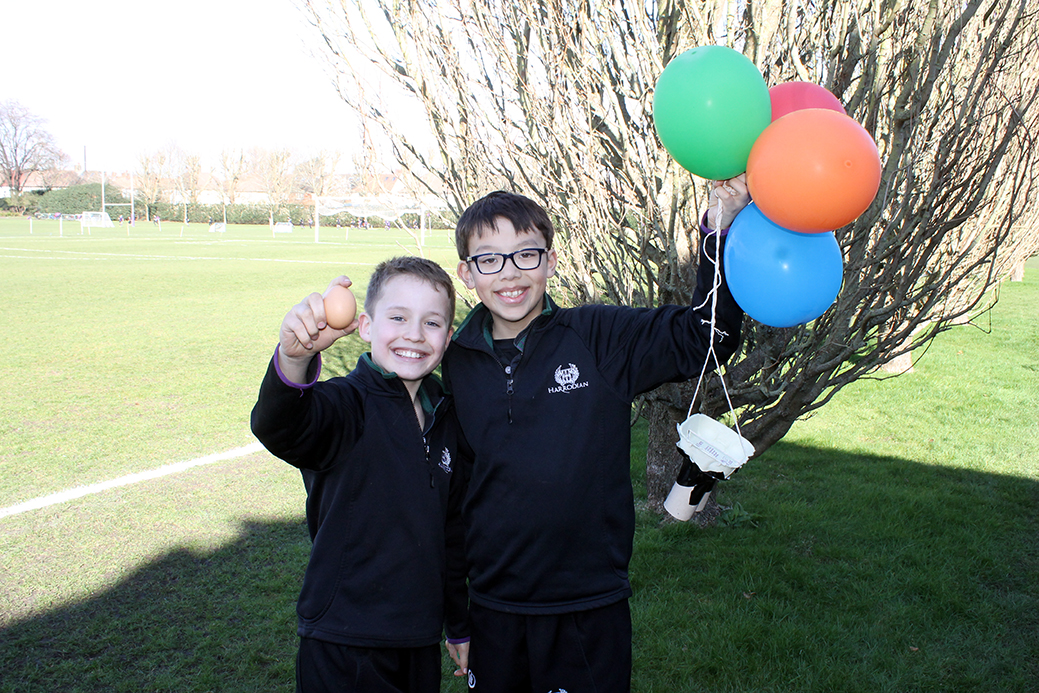 Thanks to this expansion of the programme pupils from the 8s up (Year 4) are now offered weekly access to the sort of practical ‘techie’ extracurricular projects already enjoyed by the 15s and  Sixth Form.

All clubs will run throughout the school year

Ideas are in development for further STEM clubs in the future including: 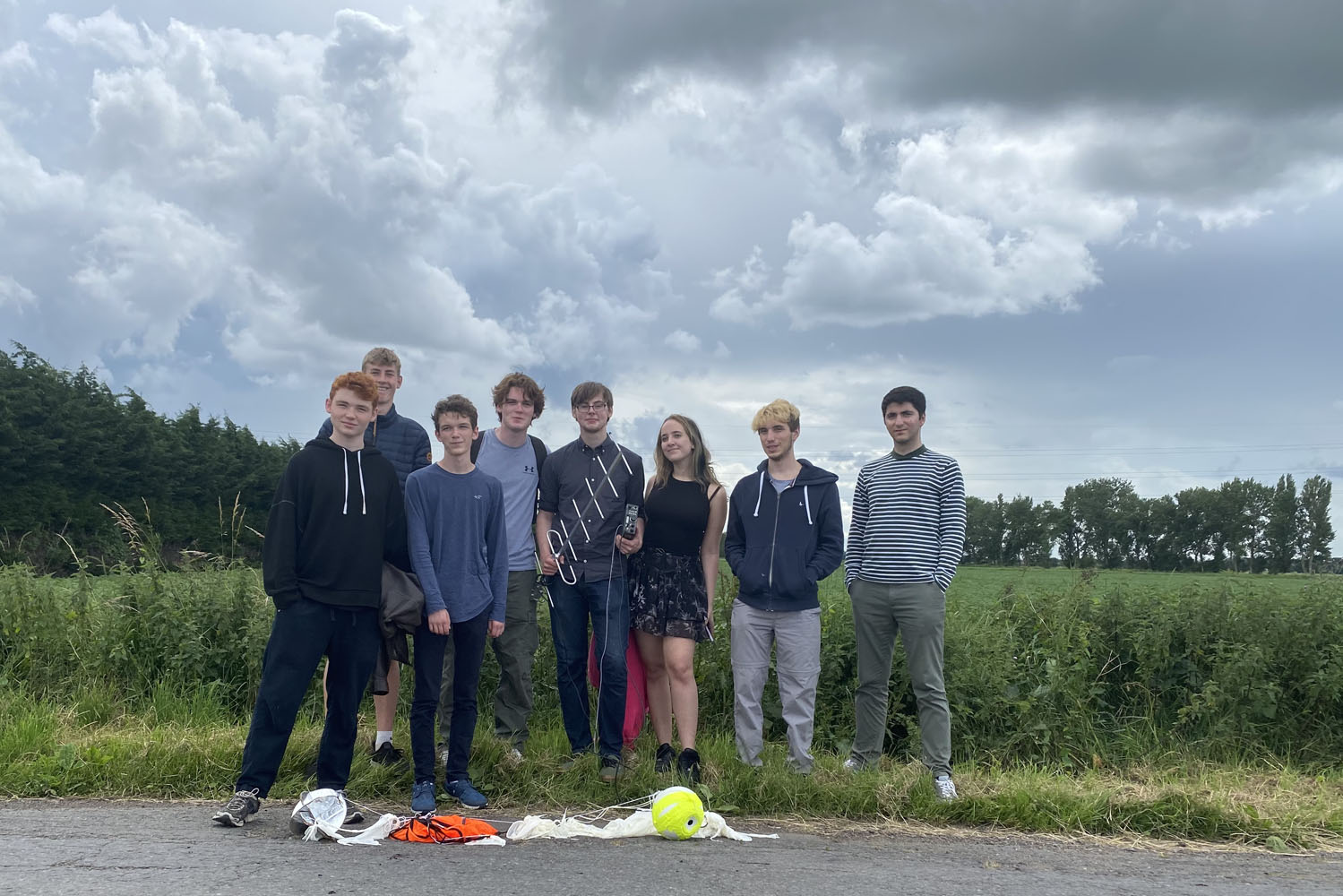 STEM's emergence as an innovative and increasingly ubiquitous force in Harrodian's creative culture was built on the firm practical foundations formed by our pioneering and successful Senior/Sixth Form group that was initially called the Research and Development (R&D) Club. 'We wanted to build cross-curricular connections and to encourage students to engage with STEM through national challenges and stimulating designing and making competitions, like CANSAT  and other projects that brought together Harrodian scientists, designers and mathematicians to work together as a single team.'

Every year since 2017, teams drawn from the R&D Group (now split in two and rechristened CANSAT and HAB) have successfully undertaken collaborative complex design and make projects, including the build  and launch of both high-altitude balloons and mini-satellites. In 2019, a successful launch and landing of its custom-made Mini-satellite, (shown in construction below) earned Harrodian a runners-up prize in the European Space Agency's prestigious CANSAT competition. The latest balloon flight, which took place last summer, saw the Harrodian craft ascend  to a height of 36,000 metres where it recorded the view (shown in the banner image, top) before descending by parachute to a pick-up point in a Lincolnshire field. 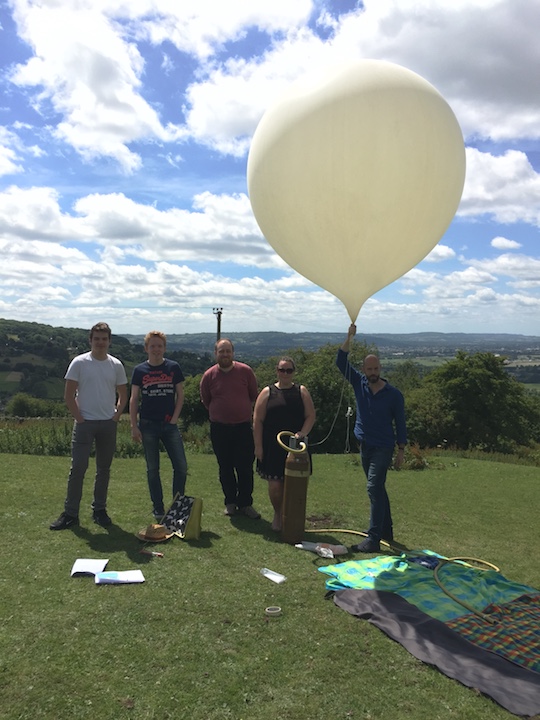 We want to build cross-curricular connections and to encourage students to engage with STEM through  challenging and stimulating national designing and making competitions, working together as a single team The fuel powering STEM's upward trajectory is the adventurous mindset provided by an emerging breed of new science- and tech-savvy Harrodian students. Maths and Science have long been strong ingredients in Harrodian's curricular mix and today more students than ever before are engaging directly with  21st century technologies. At the Prep level, increasing numbers of young pupils are learning how to code. Meanwhile, older students' grasp of cutting-edge, digital technologies such as rapid prototyping, is allowing them to make their own hi-tech products at school.  Recent examples produced by Harrodian Sixth Formers for EPQ (Extended Project Qualification) projects have included a radio-controlled, solar-powered car and a street-legal electric bike (below). 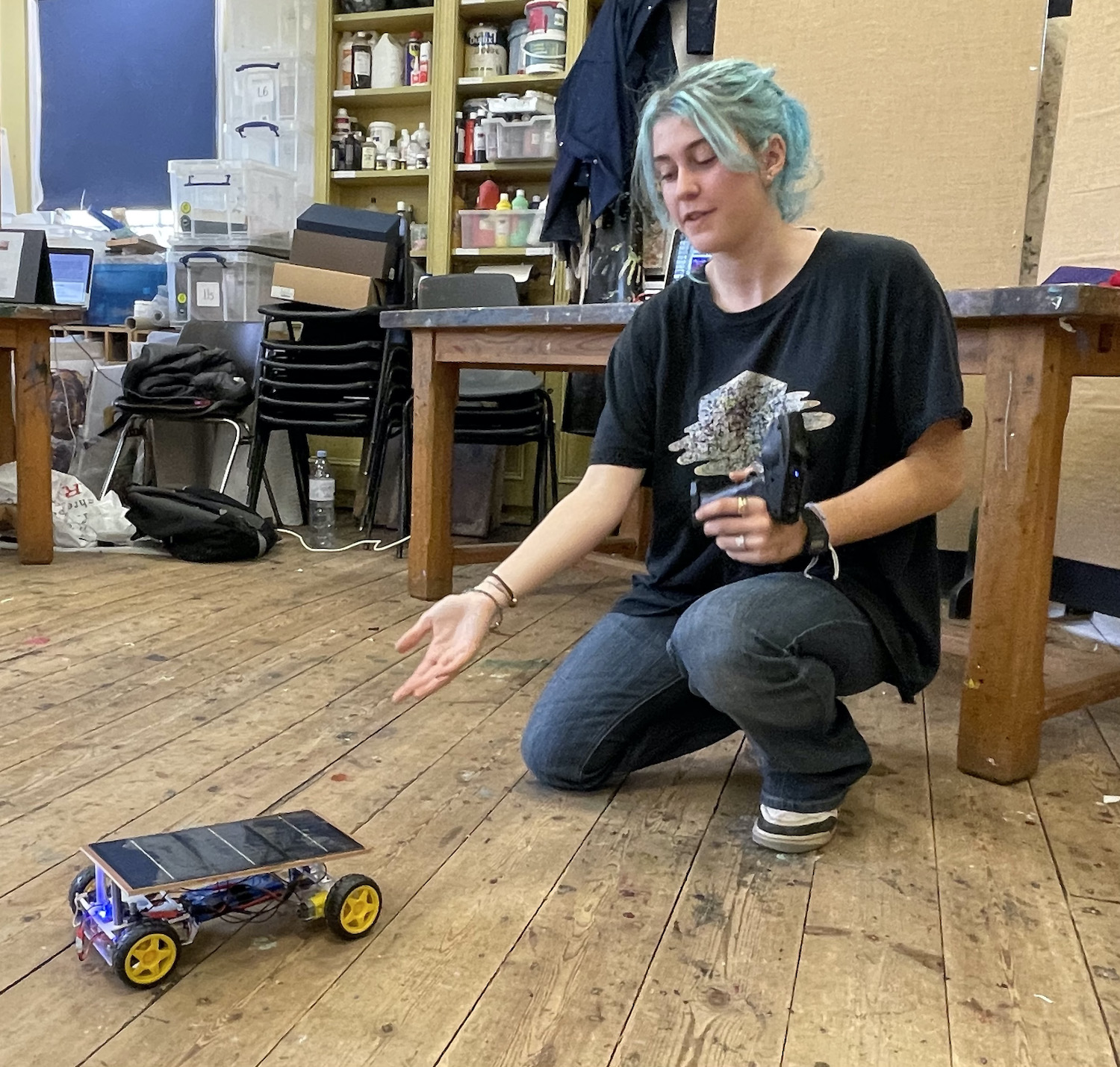 At Prep level, more young pupils are learning how to code. Meanwhile, older students' grasp of cutting-edge digital technologies such as rapid prototyping is allowing them to make their own hi-tech products 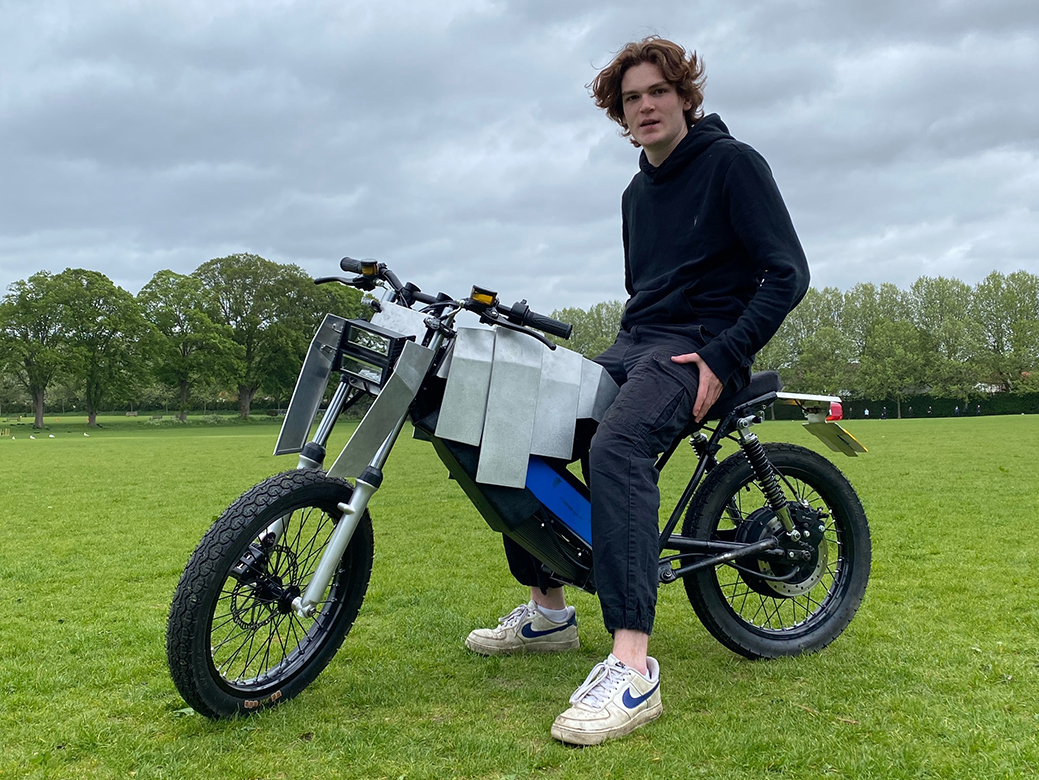