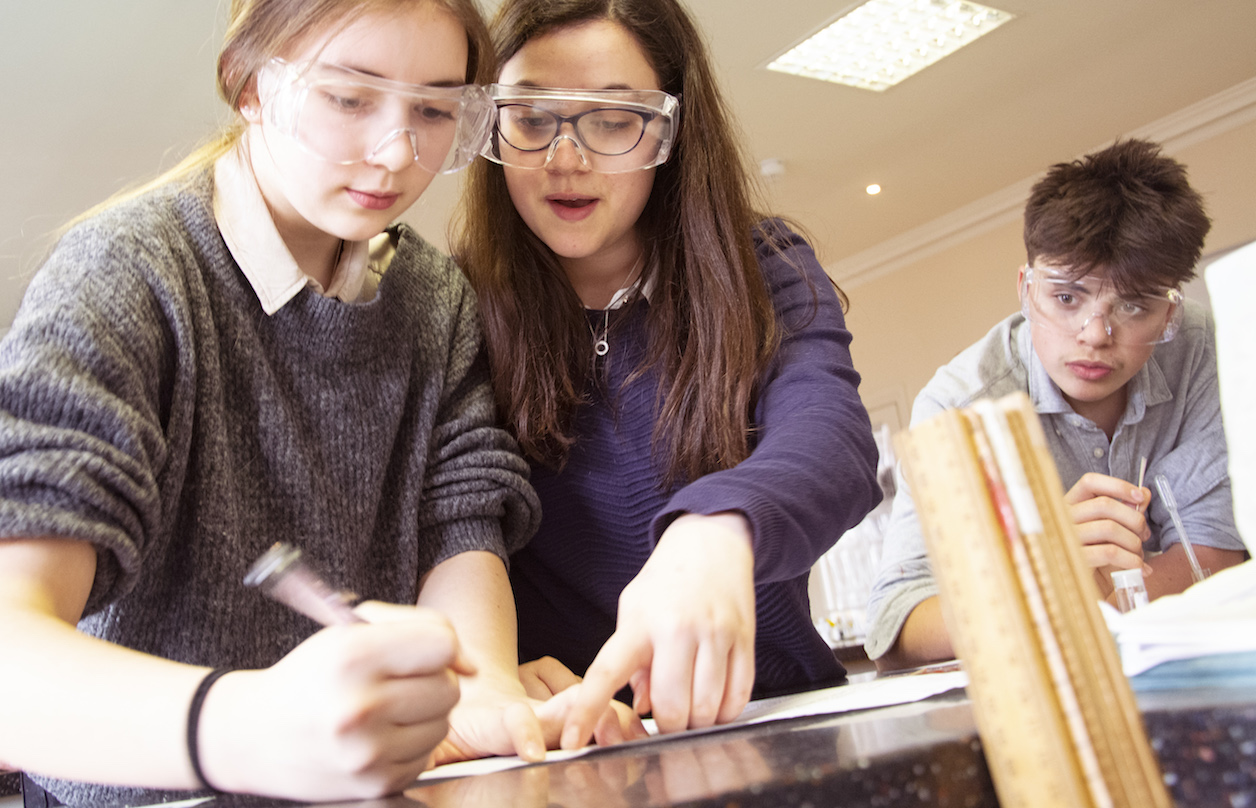 How do you make a bridge that won’t break, use forensics to solve a murder or create the perfect marble roller coaster? These were just some of the intriguing questions facing pupils aged from 8-14 taking part in Science Week.

The purpose of British Science Week is to reveal the relevance, power and fun of Chemistry, Physics and Biology and the part they play in people’s lives and Harrodian’s mid-March Science Fest certainly answers the brief. ‘The week’s activities allow us to show how being a good scientist requires skills that have a much wider application,’ says Harrodian Head of Science, Taryn Oldacre, ‘The ability to investigate, for example, or to get inside practical problems and solve them by building or engineering something.’ 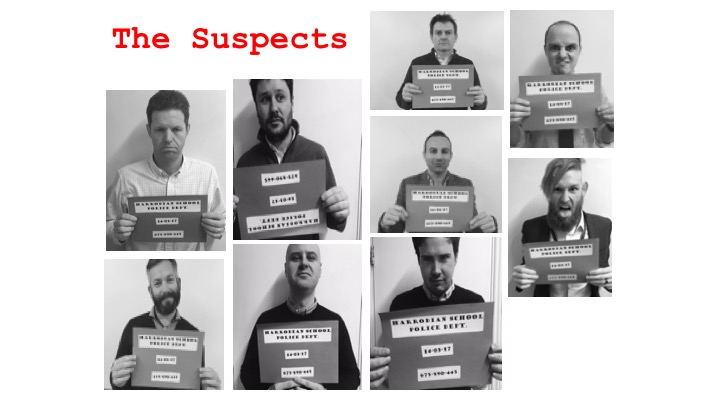 Forensic investigation was the week’s theme for the 14s. They were given the task of solving a murder case – in this case the (happily fictional) murder of Taryn Oldacre, Harrodian Head of Science by one of her dastardly colleagues, above. 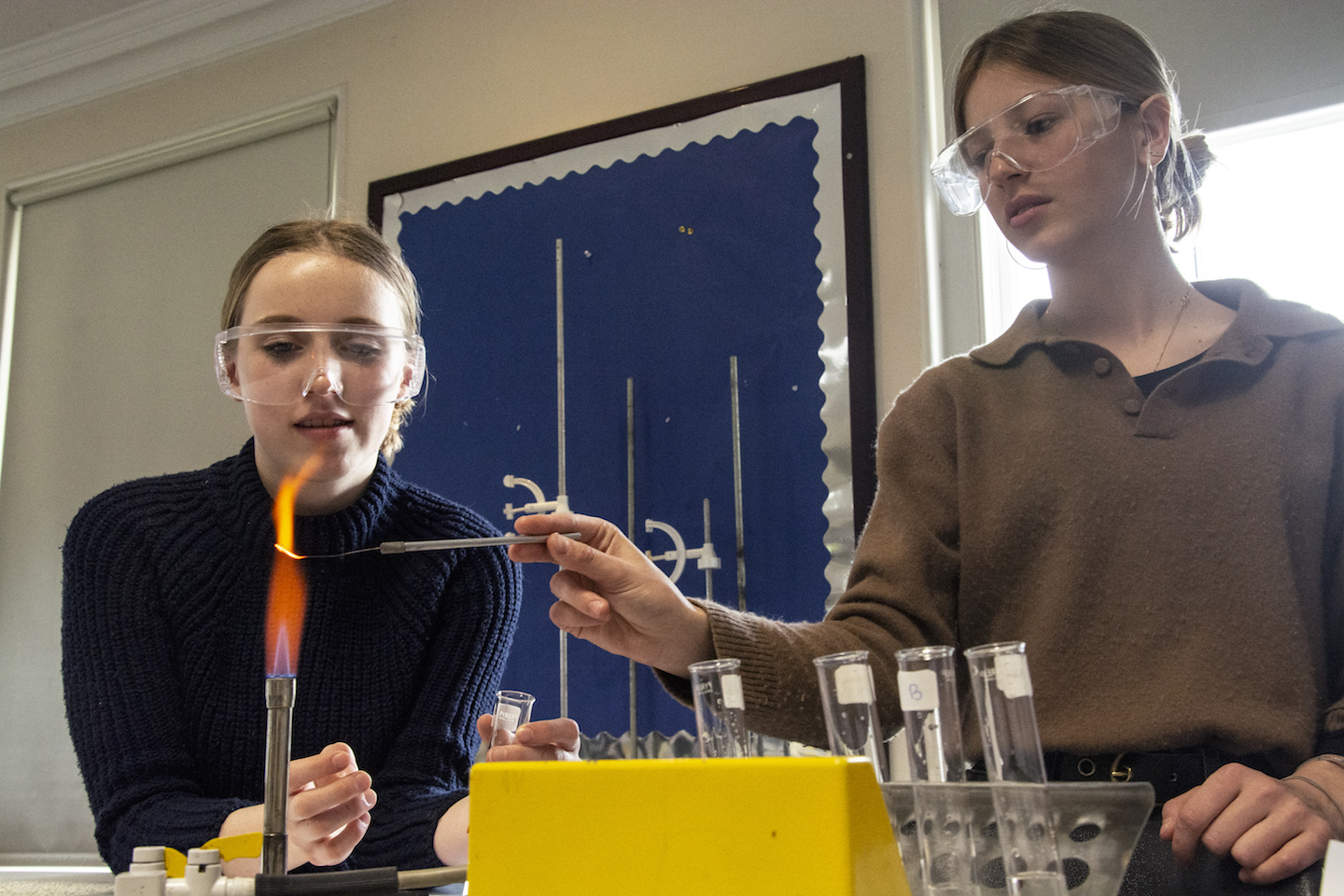 After watching a very authentic looking security camera film showing the murder filmed and edited by 15s student Vic, below, 14s were asked to identify the killer by undertaking a meticulous investigation which involved visiting five different evidence rooms and completing a series of activities: flame testing the poison; testing the blood of victim and suspects, below; analysng fingerprints; cracking coded messages and comparing the MRIs of suspects in search of psychopathic tendencies. 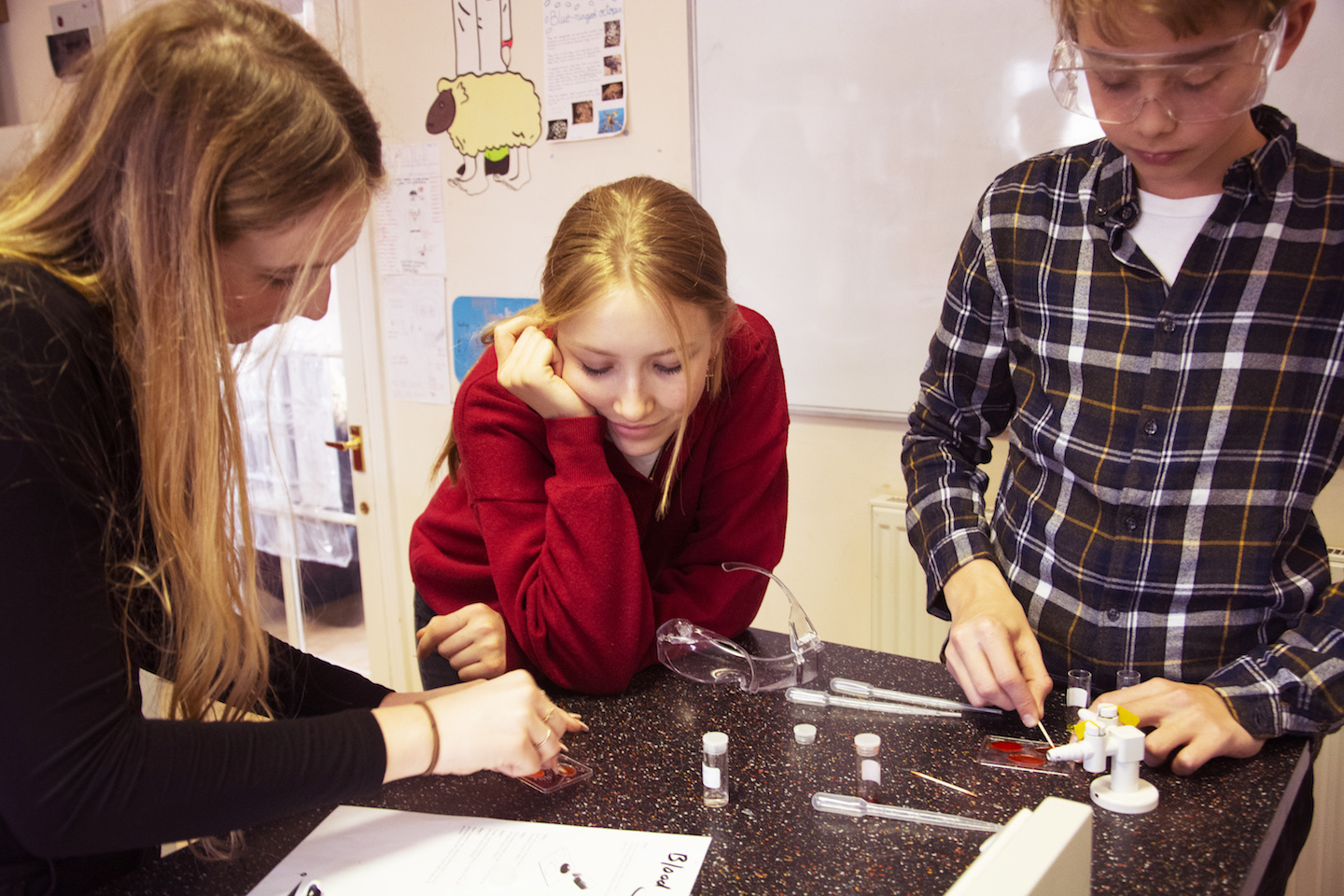 The 13s and 12s worked on engineering and construction challenges. The 13s were asked to build the perfect marble roller coaster while the 12s were set the task of building a bridge from glue, lollipops and string. After spending the week planning and building the structure, each year group then had to demonstrate that their design worked, the 13s by competing in a marble rolling test and the 12s by adding weights to their bridges until they reached breaking point, below. 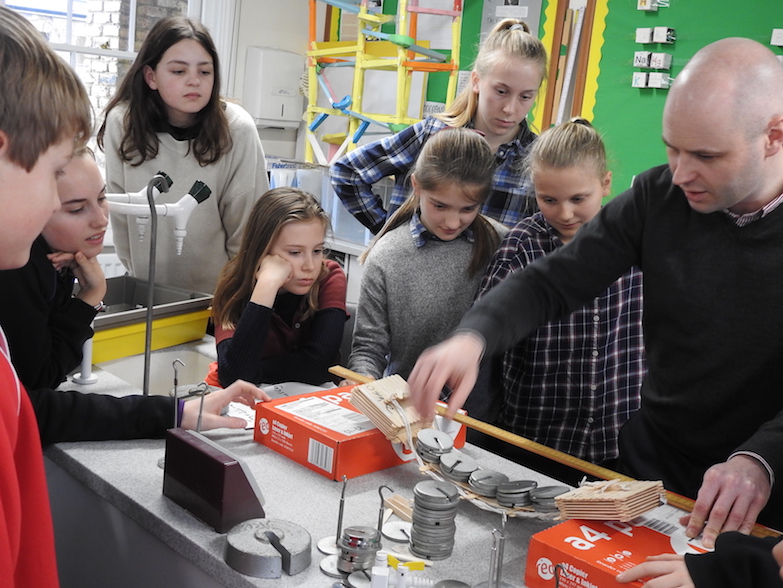 For the 11s’ Science Week is about presenting scientific ideas as well as investigating them. Every boy and girl is asked to investigate a hypothesis of his or her choice, to conduct experiments that test the idea out and then to present their results to fellow pupils and other visitors to their special Science Fair, below. 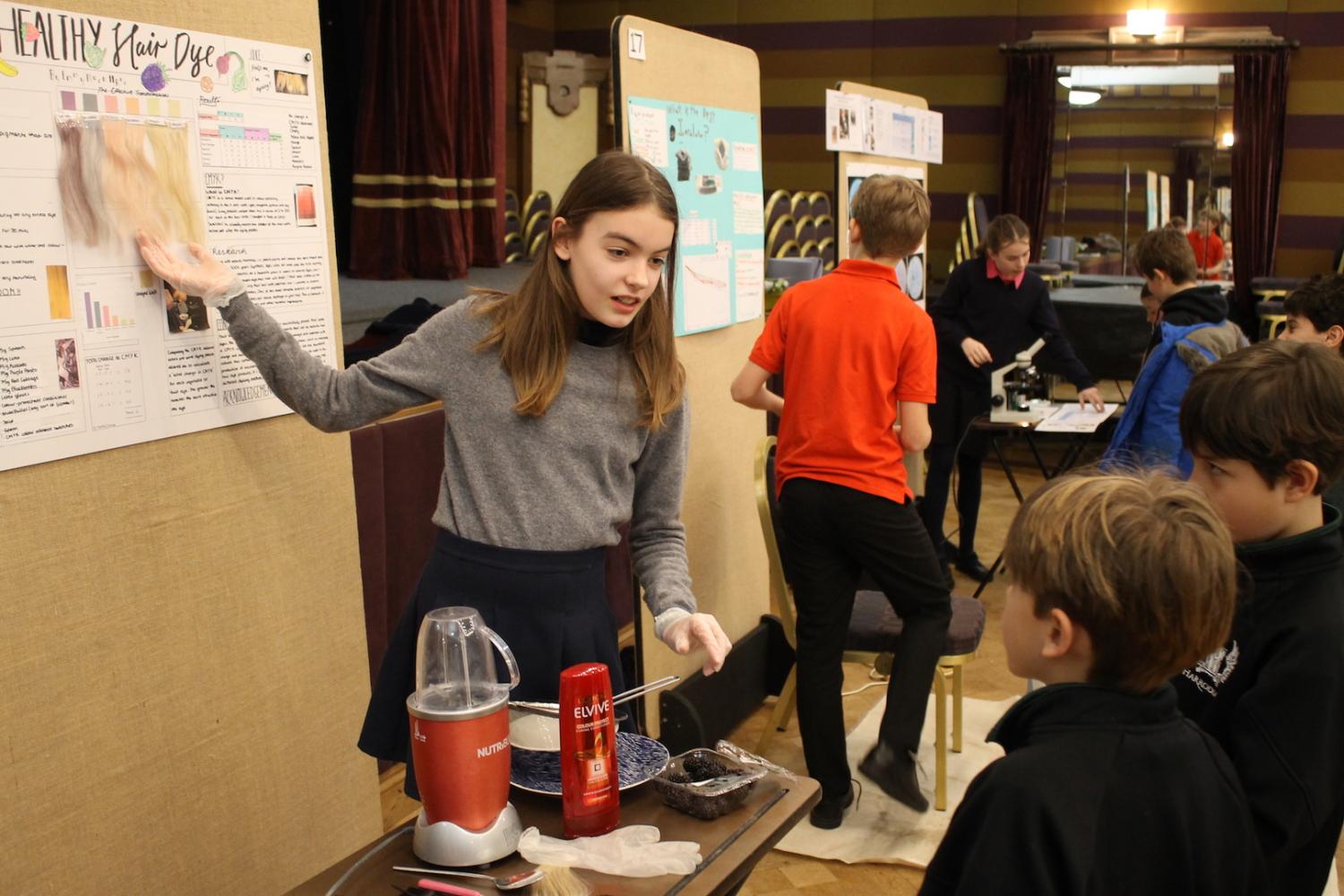 The week is full of experimentation and observation for the Lower Prep too.  The 8s made 'Rocket Mice' and saw how far they could make them travel. As well as showing off the daffodils they have been cultivating from bulbs as part of an investigation of lifecycles, below, the 9s built towers to hold a Creme Egg using spaghetti and marshmallows, bottom. Meanwhile, the 10s made their own lava lamps using oil, food colouring and alka seltzer. There were expert scientific visitors to watch and listen to as well. The 10s had a talk from genetics expert and Harrodian parent Nida Al Fulaij who outlined the characteristics that they may have inherited from their ancestors while 11s and the 14s watched a presentation of 'extreme falconry' in the school theatre where they learnt about birds such as the Indian eagle owl and the peregrine falcon and watched the birds in action. 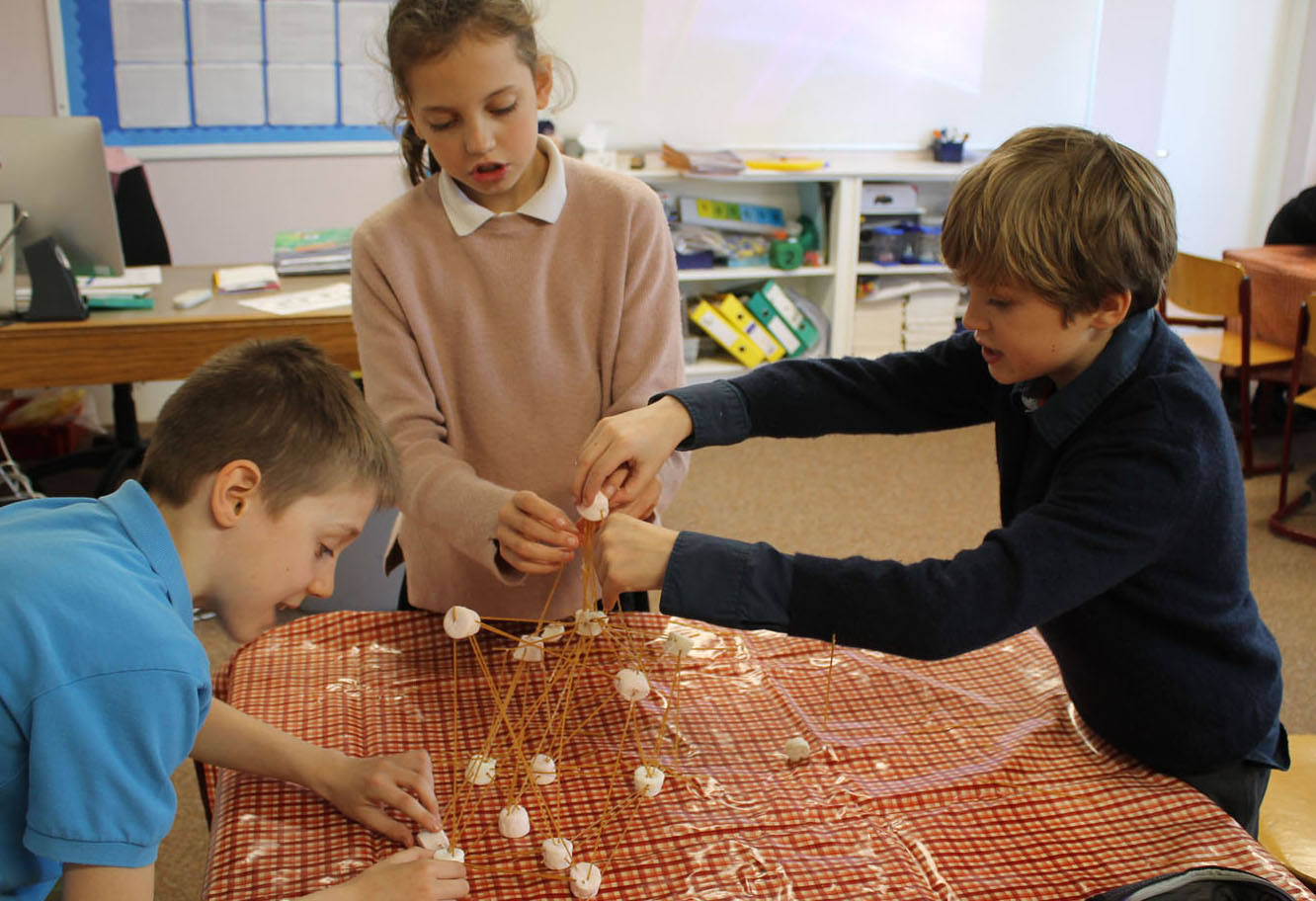