Harrodians of all ages dusted off their leather jackets and joined the jam as our latest generation of rock and pop star wannabees took to the stage in this year's Battle of the Bands.

On Wednesday 27 February, the School Theatre echoed to the sound of original contemporary music of all kinds as young musicians, from singer songwriters to rock bands, competed for the 'Silver Stratocaster' trophy awarded to the winner of Harrodian's annual Battle of the Bands (BoB) contest.  Since it was inaugurated in 2008, BoB has been hugely popular and this year was no exception. Ten competing finalists – five singer songwriters and five bands – played to an appreciative audience of parents and pupils that packed the theatre out. Overseeing proceedings in his usual inimitable and dry-witted style was Harrodian's resident MC and Rocker-in-Chief, Mr Lineker.

As always, standards were high and competition fierce. This year's soloist prize was awarded to Sasha in the 15s for her song Away which she sang while accompanying herself on the piano.  All-girl ukulele group Prime – Romy, Eliza, Grace from the 13s – won the band prize with their song Without You. The winners were invited on to stage to meet the judges and lift the Silver Strat trophy, below. 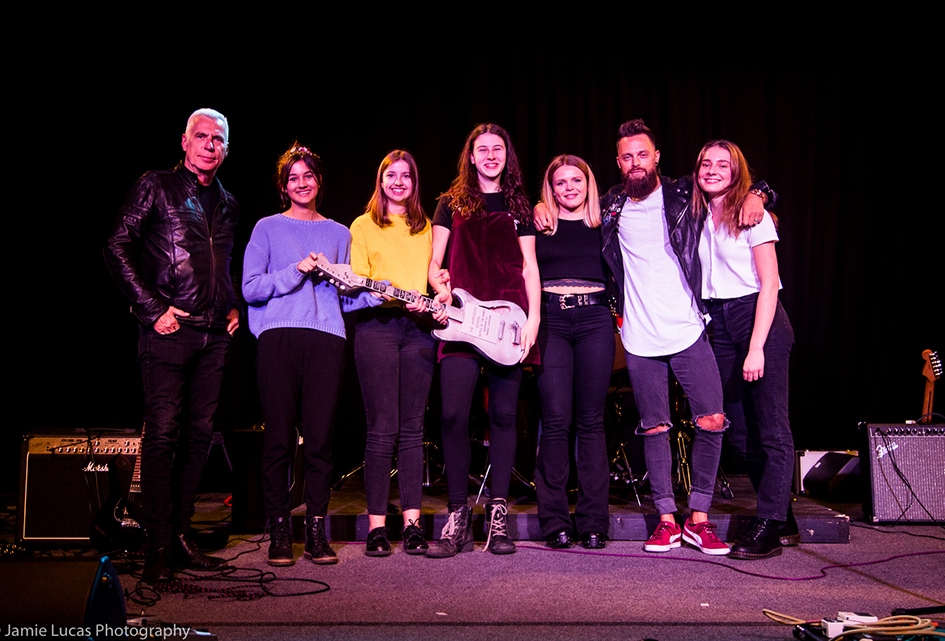 So what is it that has made BoB a Harrodian institution that pupils adore? Hannah Ashe believes the contest offers Harrodians of all ages an unusual opportunity to express themselves. ‘We are one of very few schools that actually ask our pupils to write and compose their own songs,’ she says.  ‘Our pupils love this challenge but also the chance to showcase their creativity.’

We are one of very few schools that actually ask our pupils to write and compose their own songs. Our pupils love this challenge but also the chance to showcase their creativity.

Perhaps just as important to its success is the aura of professionalism that surrounds the event. Former parent, John Giddings, who returned this year for the eleventh time as chairman of the judges, is the man behind the Isle of Wight (IoW) Festival and his fellow judges were also seasoned music professionals. This year’s panel featured singer/songwriter Rothwell, making her second BoB appearance and debutant judge Matt Tuck, lead singer of Welsh heavy metal band Bullet for My Valentine.

The prize on offer to the winners is also clearly a serious incentive for any young musician keen to make his or her mark in the industry. This summer both Prime and Sasha will have the opportunity to play at the IoW Festival, courtesy of Mr Giddings.

Romy, Grace and Eliza of Prime, below, set out to bring something new and different to the competition by playing ukuleles and writing a happy and uplifting song (that wasn't about 'heartbreak'). Their composition  Without You, is a joyful tribute to their friendship that they performed, below, with great smiles and obvious enjoyment. ‘We had zero expectations about the competition and didn't think we would even be shortlisted. For us, performing is a chance to celebrate our friendship, to have fun together and share our song,’ says Romy. 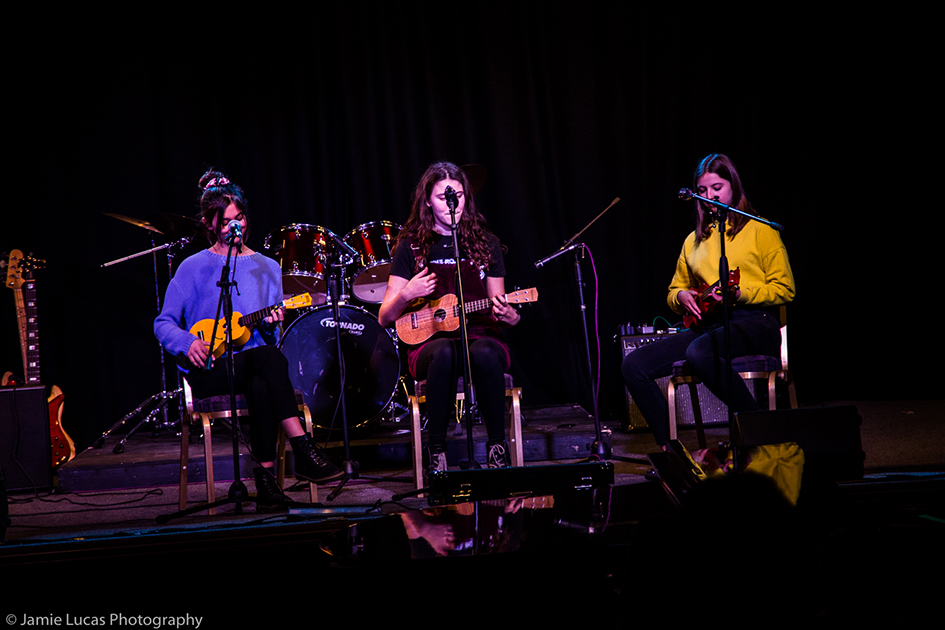 For us, performing is a chance to celebrate our friendship, have fun together and share our song

Sasha, below, also explored the theme of friendship in her winning song Away but with haunting lyrics and piano playing that evoked the sadness that comes when friends grow apart. Her beautifully poignant composition and performance provided the perfect counterbalance to Prime's upbeat harmonies. For her, the chance to play at one of the UK's most famous music festivals is what is most exciting. ‘It’s hard for young people to get their music heard when they don’t know where to start,’ she says, ‘so having the opportunity to play and be discovered at the Isle of Wight Festival is huge.’ 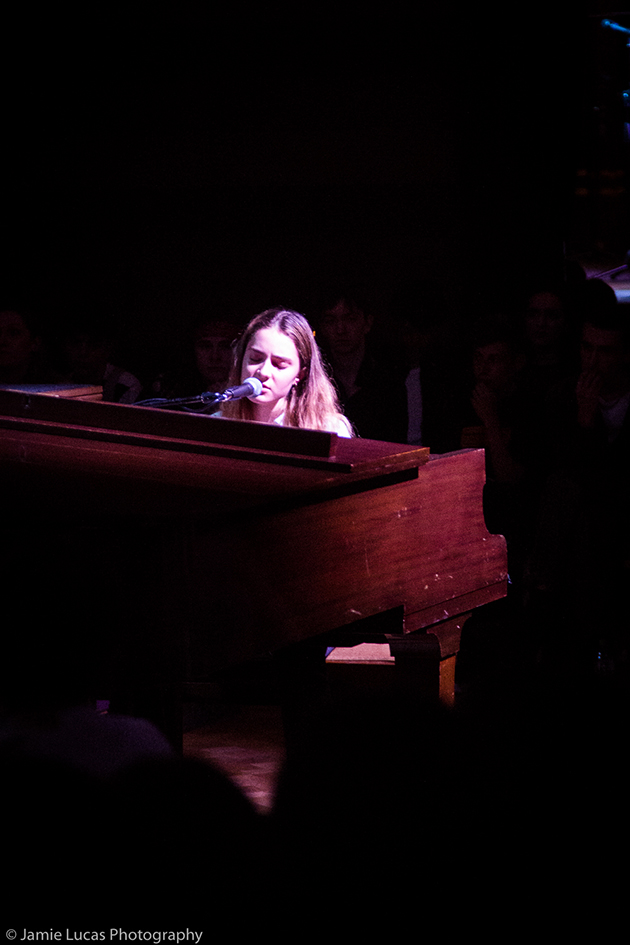 It’s hard for young people to get their music heard... so having the opportunity to play and be discovered at the Isle of Wight Festival is huge.

There were emotional performances from our Upper Sixth, for whom it was their last Battle of the Bands appearance before leaving in the summer. The band Wednesday, below, and its members, Luca, Mac and Will (U6) won the competition last year and have been playing together since they were twelve years old. Natasha (U6) has also performed every year and won as a soloist in 2014. In last year's competition she joined the band Wednesday to sing a duet with Luca but this year she performed a piano and voice solo as her farewell and thanked the audience for having listened to her over the years. 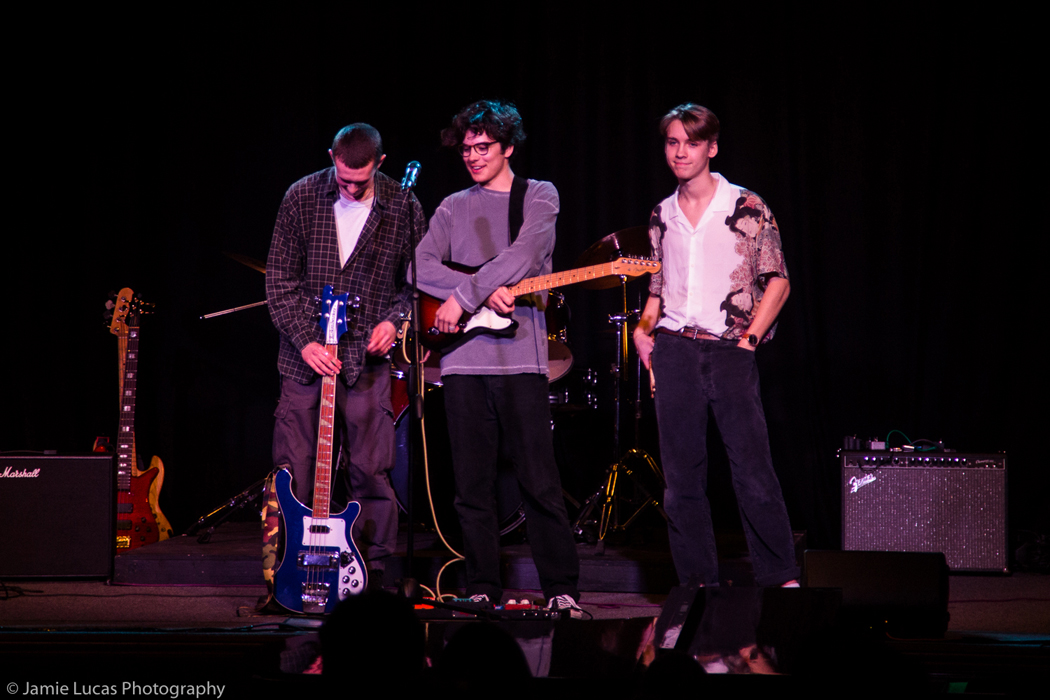 One thing is clear. All the musicians who take part in the Battle of the Bands share a love of performing. Our Staff band, the Humanities, below, clearly feel the same way. They closed the show with an energetic rendition of The Killers' Mr Brightside, and showed us that anyone, pupil, parent or teacher, can totally rock!

For more photos please see the gallery below: