Sixth Formers in leadership roles (Head Boy, Head Girl, their deputies, Senior Prefects and Head Mentors) have been looking for ways to reconnect with the local community. At one of their weekly online brainstorm meetings, they came up with the idea of asking for food and warm coat donations as part of a whole-school charity initiative. 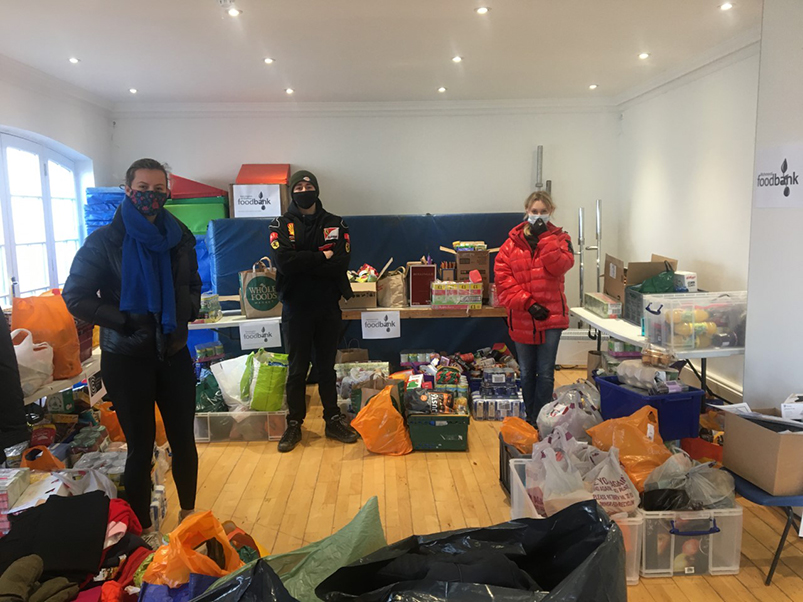 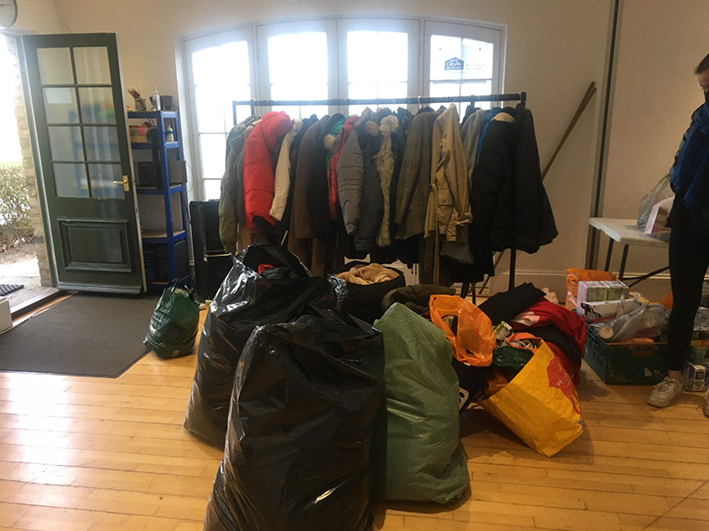 The response has been impressive. Since the beginning of February, Harrodian pupils, their families and staff have donated over 4,000 different food items, approximately 300 warm coats and lots more clothing too. One particularly generous donation by a parent helped secure a large food order from Booker Wholesale. 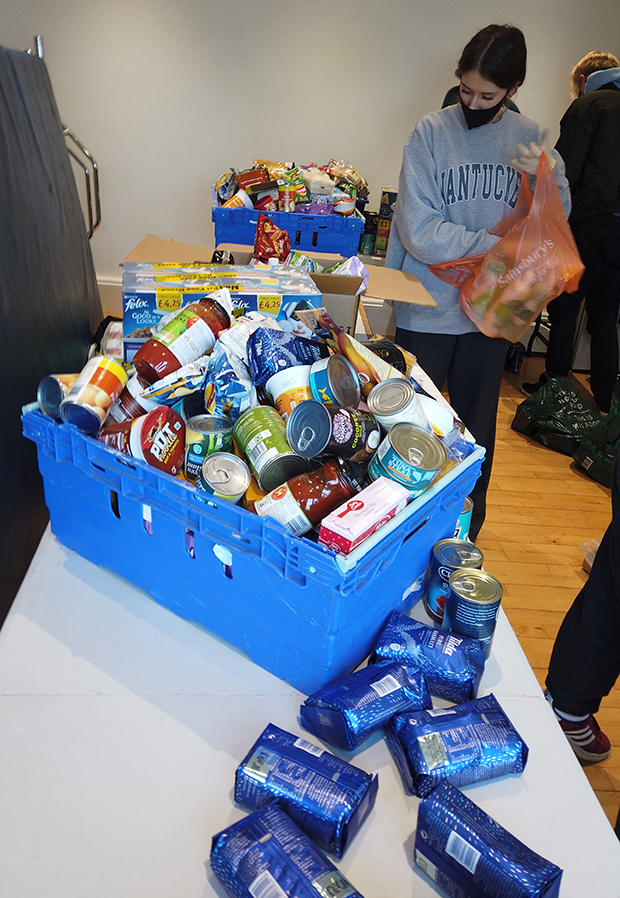 Head Boy Blake and Head Girl Sonya co-ordinated the Senior Prefects and allocated each of them tasks. Coming into school in small groups, their first task was to move the donated goods from the security lodge to the dance studio (with the help of the school golf buggy). They then worked together to sort out all of the donated items and took all the coats home to wash.

During Covid, the number of people asking for support has significantly increased and we felt the urgency to help.

Some of the students then made deliveries to the foodbanks and charities. There were four Sixth Formers in particular - Blake (Head Boy), Poppy, Gus and Darcy (Deputy Head Girl) - who played a key role in transporting donated items. There were also a number of Sixth Form parents who also helped either by driving, accompanying or insuring their children to drive their cars. 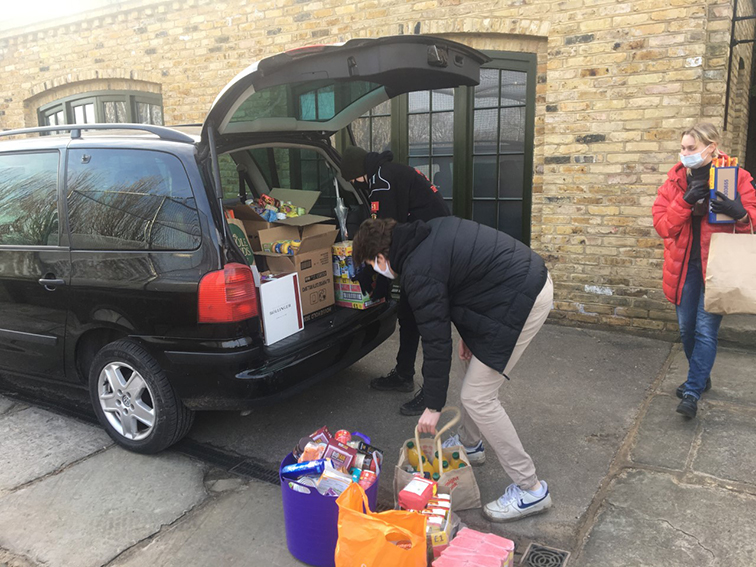 Food was donated to Barnes Foodbank at Castelnau Community Centre, The Vineyard Community, Hampton and Hammersmith and Fulham Food Bank (The Trussell Trust). Coats and clothing were taken to West London Welcome, a Refugee and Migrant Centre in Hammersmith, and TakeOneLeaveOne (instagram: @takeone_leaveone) in Brixton. 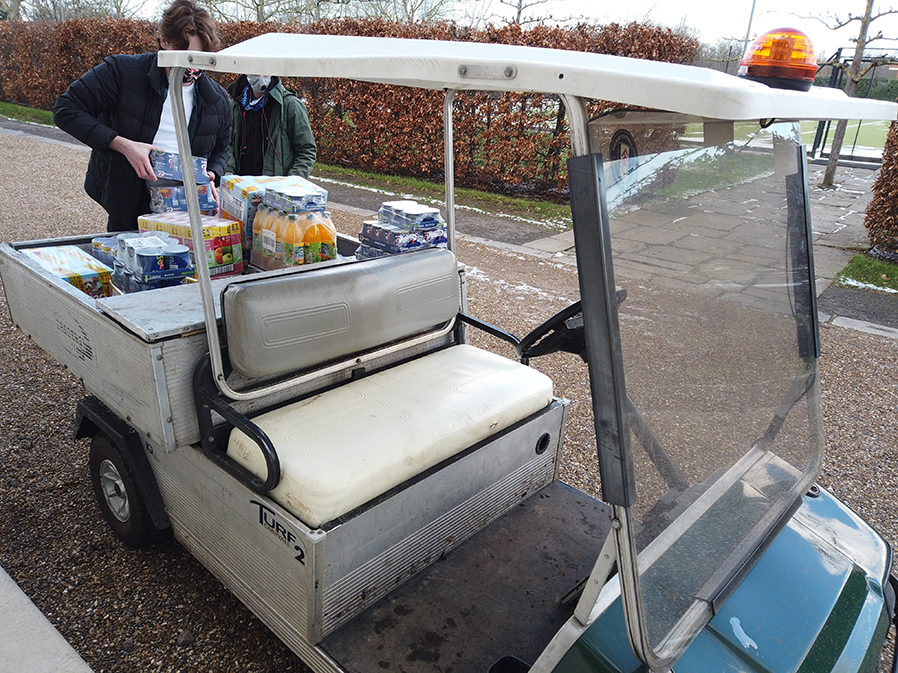 Gus, the Digital Operations Co-ordinator for the Senior Prefect team, explains why the student-led Harrodian Food Drive has been such an important initiative for him and his peers when he says, 'during Covid the number of requests for food parcels has gone up from around 7,000 to 35,000 with increasingly many people asking for support, so we all felt the urgency to help.' 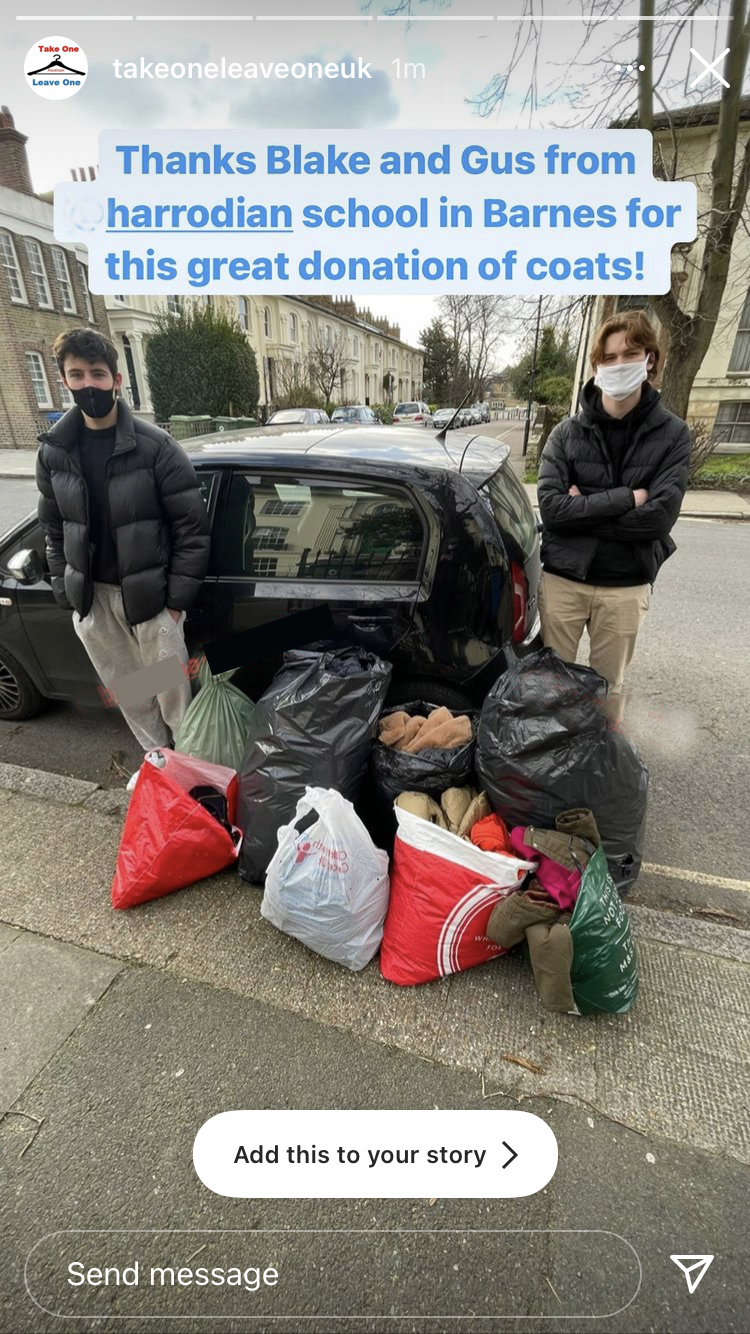 Supporting the community and trying to make a difference, are just a few of the reasons why Head Boy Blake threw himself behind this charity drive.  'The highlight of the whole project was seeing how much the coats as well as food meant to the charities during this turbulent time,' he explains.

The highlight of the whole project was seeing how much the coats, as well as the food, meant to the charities during this turbulent time.

All of them agree though that one of the highlights was the chance to come back on to the school site and to see some of their friends, albeit from a distance and with masks on!  'We have been so isolated that coming together and working together on something important was such a welcome distraction,' says Gus.

We have been so isolated that coming together and working together on something important was such a welcome distraction.

The charity drive has been so successful that the students are already putting plans in place to run another one, this time with potentially the new prefect team (currently Lower Sixth) taking the lead. Donations are still coming in and future deliveries are being planned, with Kensington and Chelsea Foodbank in Notting Hill next on the list.

Captain Rob Stewart, Head of Seniors, is very proud of all the students who were involved. He feels that at a time of crisis it has never been more important for communities to come together and support each other. Quoting Ronald Reegan, 'we can't help everyone, but everyone can help someone,' he makes the point that helping a few people might not solve the problems facing the world but it could change their own world for the better.

Helping a few people might not solve the problems facing the world but it could change their own world for the better.

A huge thank you to all those who donated and helped. 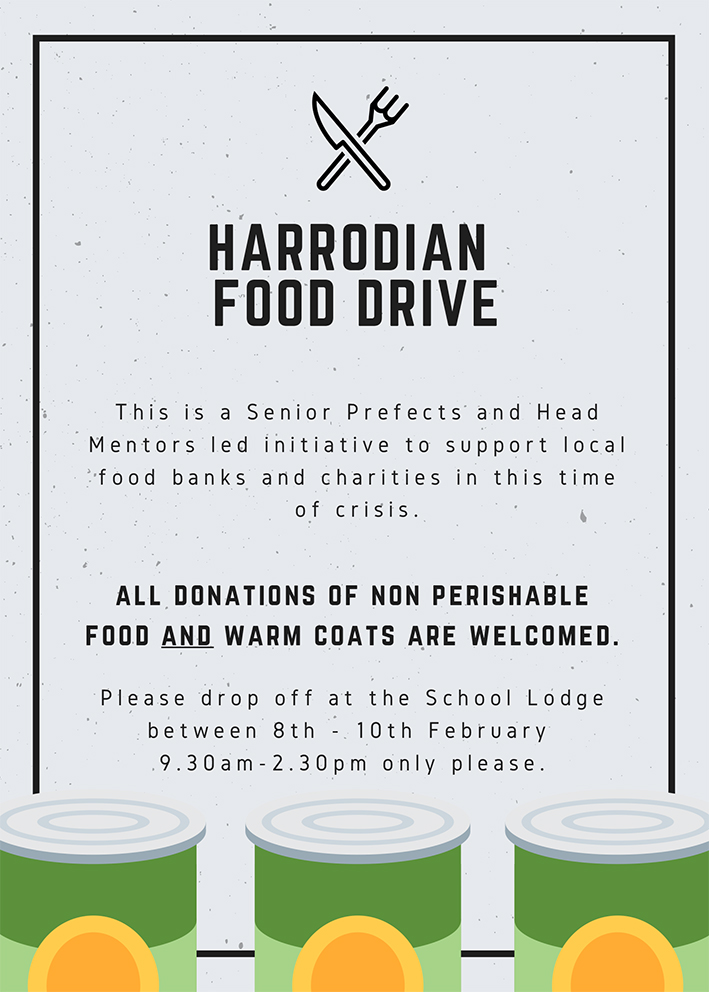