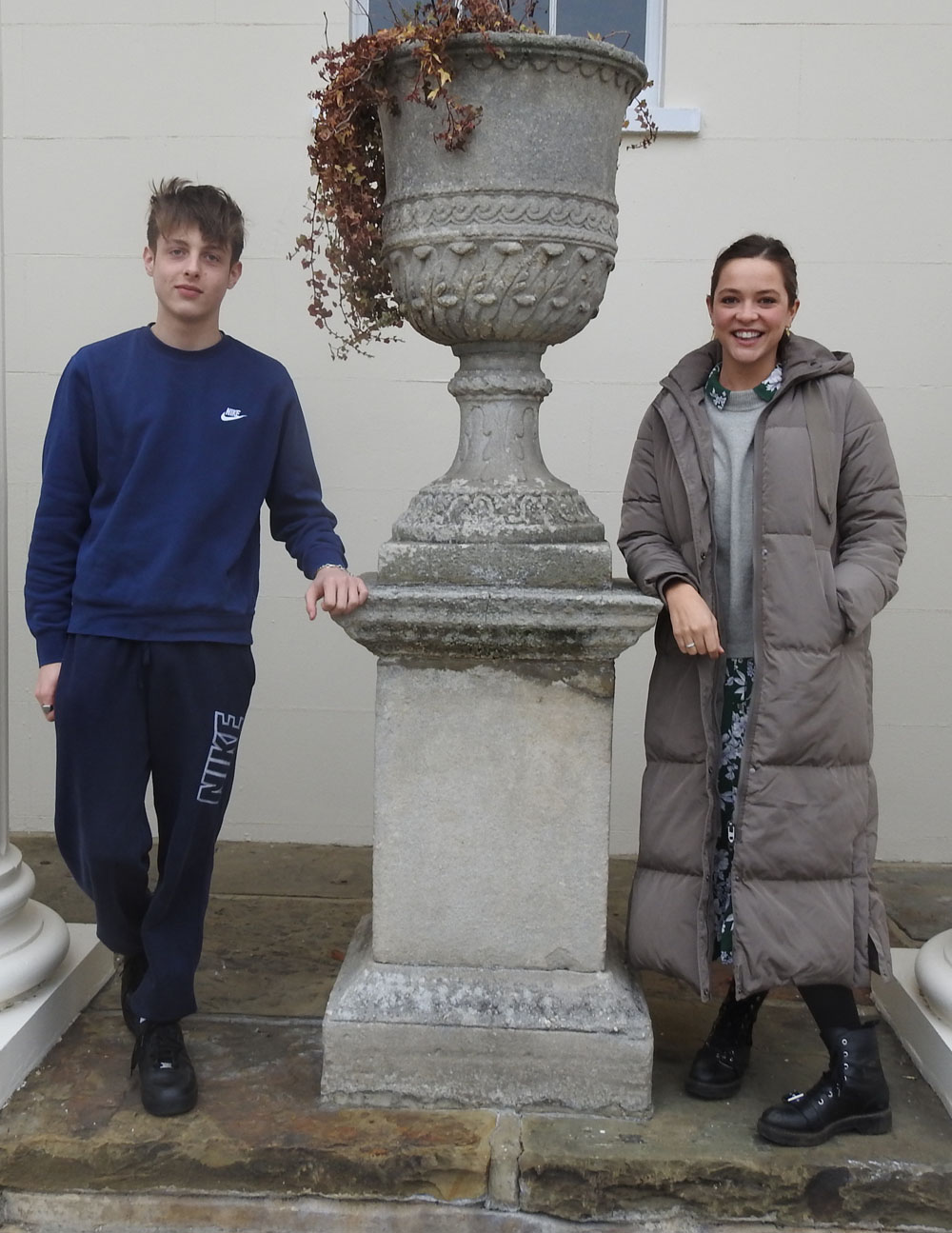 Mentoring meetings have been vital escape valves for younger Harrodians during the pandemic. Here a mentee turned mentor and two mentors turned teachers explain why they work so well

Harrodian’s Mentoring programme has rocketed in popularity over the past few months. The scheme – which twins trained Sixth Formers with selected pupils from Lower Prep and to younger Senior year groups for regular private chats about issues such as self-confidence, organisation or friendships – has grown steadily into an integral part of Harrodian’s pastoral and leadership programmes since it was set up a dozen years ago.  But since September, demand has surged to a record high. During the autumn term, over 90 Harrodians aged from 8-14 have been meeting for weekly or bi-weekly socially distanced sessions with their personal Mentors.

During the autumn term, over 90 Harrodians aged from 8-14 have been meeting for weekly or bi-weekly socially distanced sessions with their personal mentors.

No prizes for guessing the reason behind the spike. ‘The pandemic has inevitably put pressure on pupils’ mental health,’ explains Harrodian’s Mentor Coordinator (and Geography teacher) Hannah McArthur. ‘Interaction between friends is limited or happens online and the extracurricular activities that  allow children to let off steam have been reduced. So fears and anxieties about things like homework and tests, friendships and of course health, can build up.’

In this pressurised context, mentoring has proved to be a precious relief valve. ‘The programme is well established at the school so Harrodians of all ages are aware what it involves,’ says Ms McArthur. ‘Lower Prep pupils find a mentor more ‘relatable’ than a teacher. They’re young. They’re unbiased and they’ve often had similar issues.’ 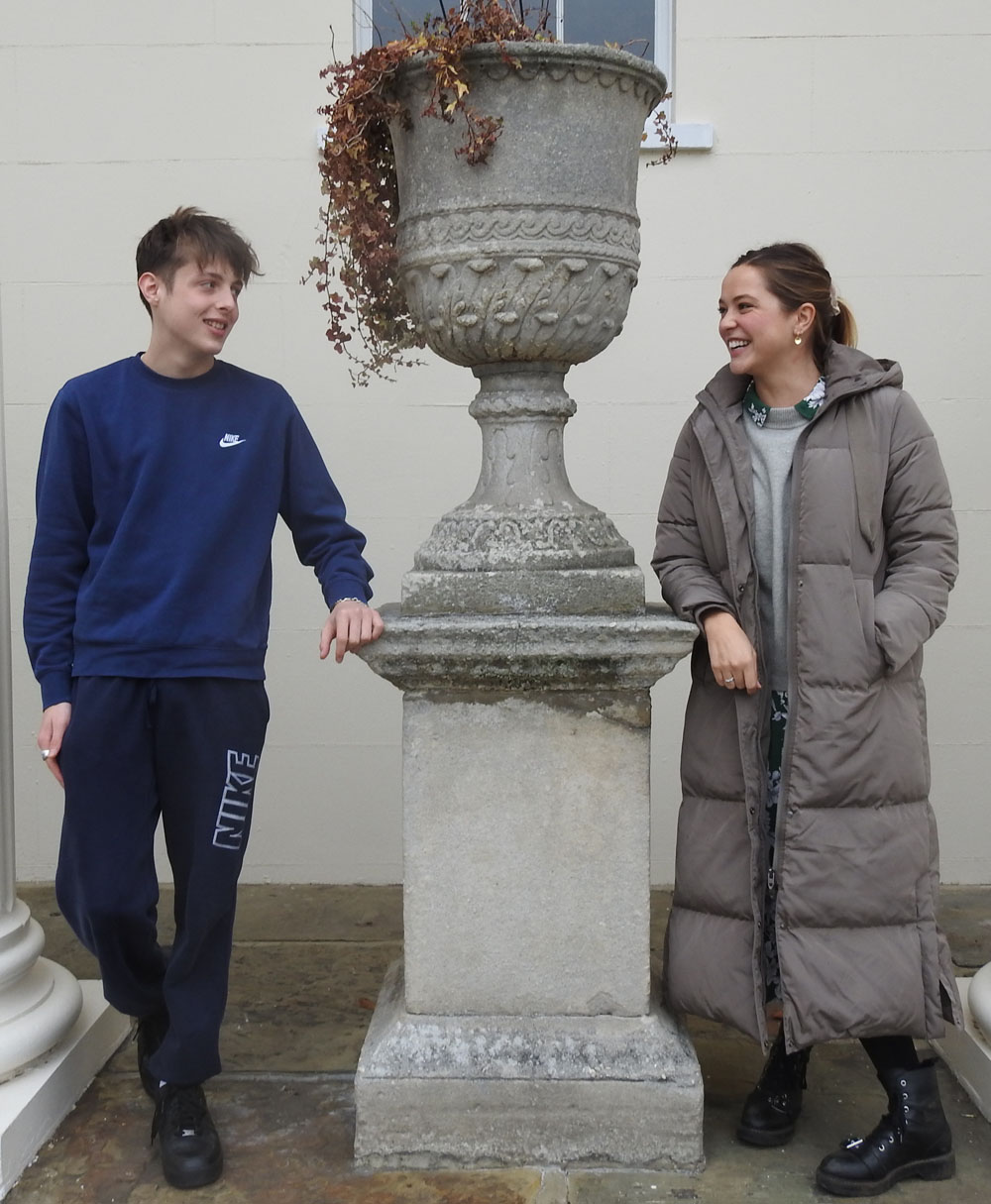 Luca, joint Head Mentor for 2020-21, above left, agrees.  ‘It’s priceless to have informed advice from older students who know what you’re going through.’ says the Sixth Former who is now working with three mentees of his own. ‘I had five mentors at Harrodian. Each one still feels like an extra brother or sister.’

Luca has a passion that comes from  personal experience. When he arrived at Harrodian, he was by his own account, in serious need of support. ‘I was struggling with dyslexia, dyspraxia and disorganisation’, he says. ‘Ella, my first mentor, met me two or three times a week  and really helped me begin to turn things around.’

It’s priceless to have informed advice from older students who know what you’re going through. 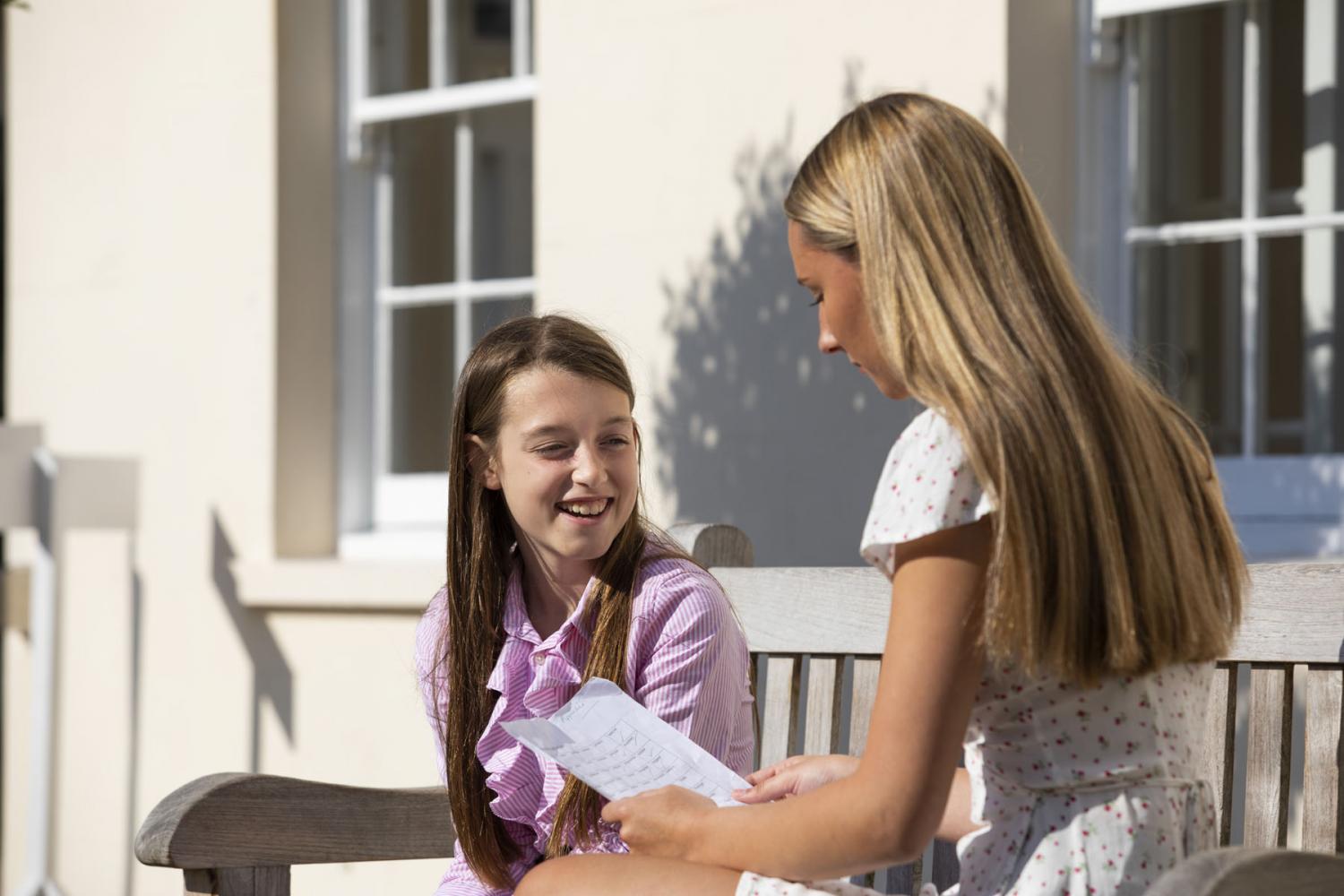 The Ella in question  remembers Luca’s 8-year old incarnation well. Now a teacher in Harrodian Pre-prep, in 2012 Ella Wardroper, above with Luca, was one of the Sixth Formers pioneering the scheme. ‘He was quiet and shy and little. I used to organise him by unpacking and repacking his bag in the mornings,’ she recalls with a smile. ‘He’s very different today: tall, and confident and articulate, a proper grown up.’

In Hannah McArthur’s view, one of the beauties of mentoring is that it is often as valuable to the mentor as it is to the mentee. ‘Two years spent building a relationship with a young person is a real learning experience,’ says Ms McArthur, below, herself also a Harrodian alumna who embarked on the mentoring path as a Sixth Former in 2013-14. ‘I think mentors come out of the programme as more responsible, more rounded, wiser people.’ 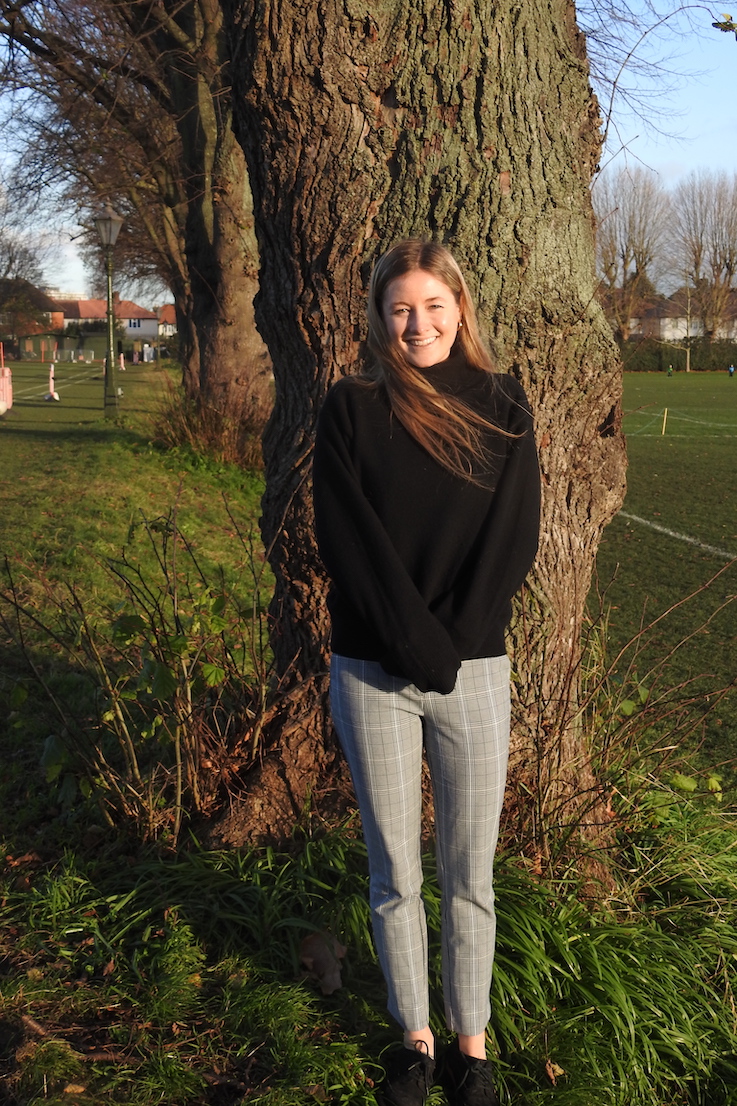 ‘I think mentors come out of the programme as more responsible, more rounded and wiser people.’

It’s clear that the impact on Harrodians who take part both as mentors and mentees can be profound, sometimes perhaps life-changing. Ella says her own decision to go into teaching – and eventually  to make her way back to Harrodian as a teacher this year – was influenced by the ‘inclusive’ nature of Harrodian culture. ‘You feel as if kindness is built into the school,’ she says.

Luca feels the same way. ‘I knew I wanted to be a mentor right from my early days here,’ he says. ‘As well as helping individuals in need, the programme links up the school across age groups. It creates a bigger community and a stronger one.  Those who take part get back what they give and more.’

You feel as if kindness is built into the school

For more information on Harrodian's Mentoring Programme, follow this link 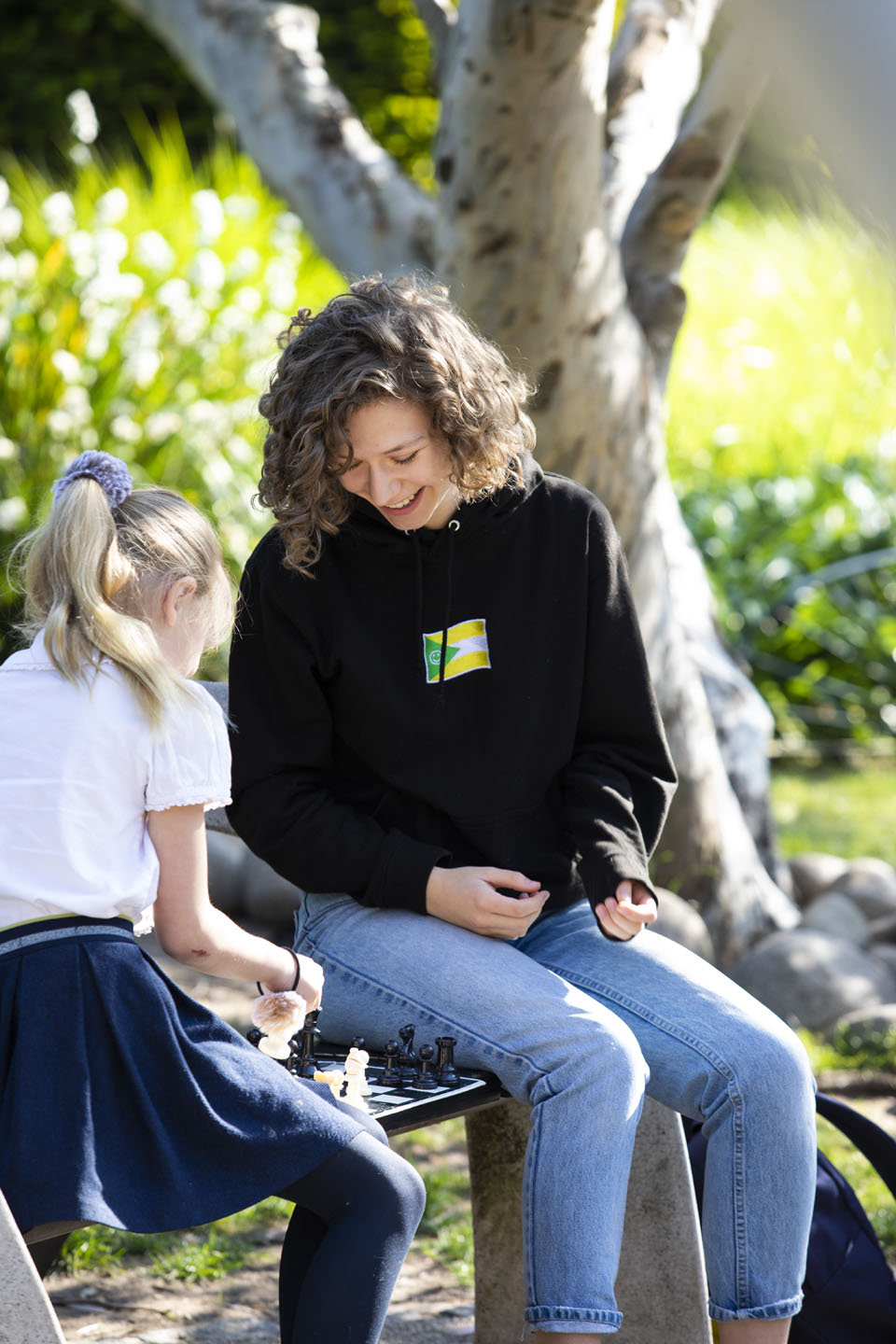