At the heart of British Science Week is the desire to bring Chemistry, Physics and Biology out of school labs and classrooms and to reveal its relevance, power and fun in people’s lives. 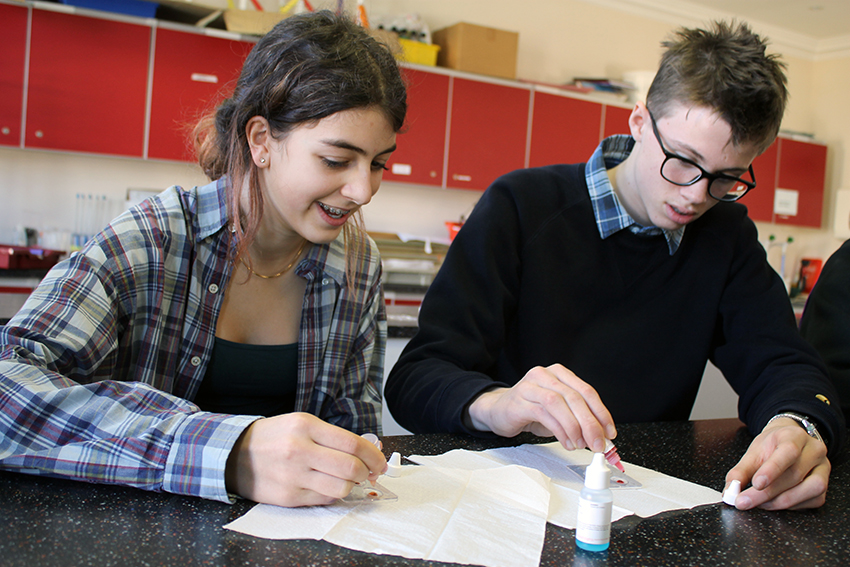 Harrodian teachers and pupils don’t need to be asked twice to enjoy their science and pupils across the school threw themselves into all the planned activities and events with gusto.  ‘We love participating in Science Week,’ says Taryn Oldacre, Harrodian Head of Science. ‘It allows us to show how being a good scientist requires skills that have a much wider application – the ability to investigate, for example, or to get inside practical problems and solve them by building or engineering something.’

Science Week allows us to show how being a good scientist requires skills that have a much wider application - the ability to investigate, for example, or to get inside practical problems and solve them by building or engineering something. In the Pre-Prep, a day was dedicated to Science and special workshops were delivered by Fizzpop Science. Reception and PP1 created their own giant bubbles, looked at the colours of the rainbow and also had the chance to stand inside a giant bubble. PP2 and PP3 experimented with mixing different materials and chemicals to make fake snow. They also had great fun making their own malleable and bouncy putty in a range of vibrant colours. The children all enjoyed these hands-on activities examining reversible and irreversible changes in materials. 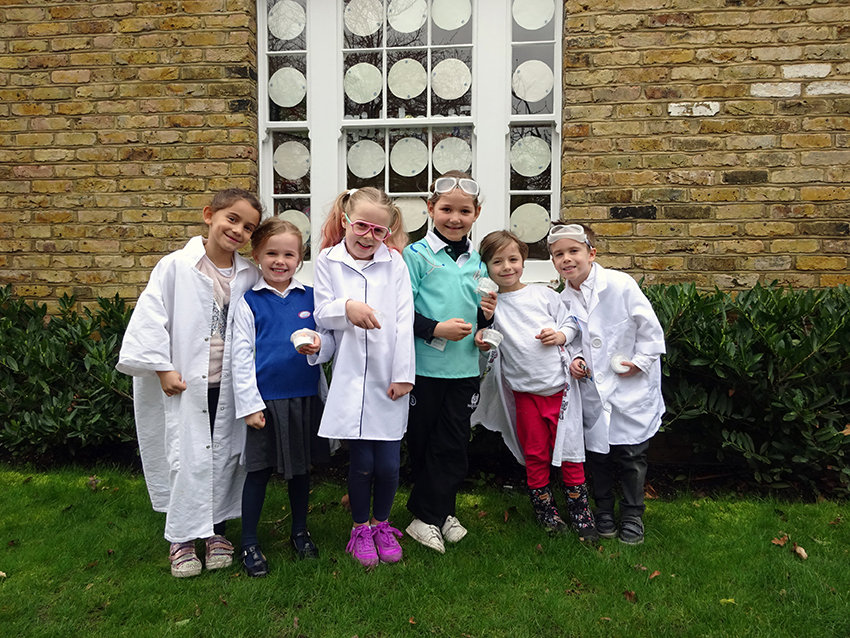 In the Lower Prep, our 8s (Year 4) used lemons to create an electrical circuit and light up a bulb, our 9s (Year 5) took part in a house competition to see who could build the tallest tower from Spaghetti and marshmallows, but it had to hold a Cadburys cream egg in order to pass the test, and our 10s (Year 6) were given the challenge of building a mechanism that would protect an egg when it was dropped from a height.

'With a multitude of activities happening across the Lower Prep, it has allowed children to see the importance of Science and have a bit of fun whilst doing so,' says Lower Prep Science Co-ordinator and teacher, Joe O'Shea. This was also the opinion of a Harrodian 10 year old who testified to the fun had by saying, ' I love Science Week because you get to work in teams and do so many fun experiments but I also really look forward to seeing the 11s Science Fair.' 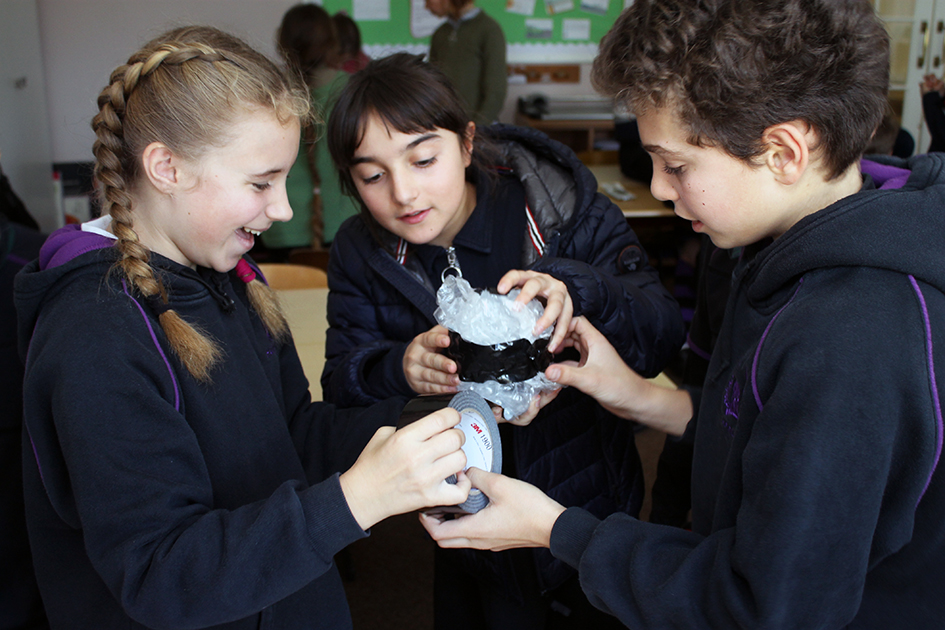 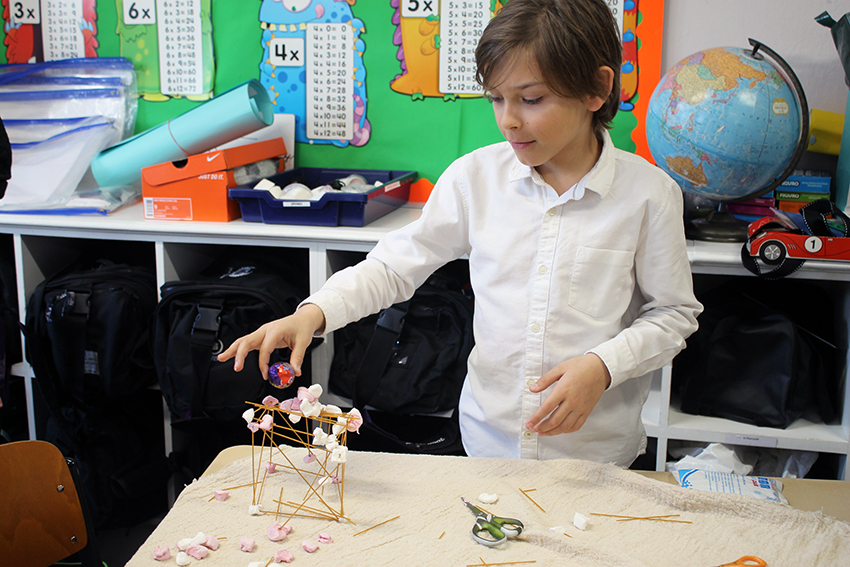 Meanwhile our 11s (Year 7) were tasked with inventing their own scientific experiments and presenting them to their peers. A few pupils from each class were then shortlisted and selected to present their findings at the 11s Science Fair. Experiments ranged from testing to see the effect of video games on intelligence, if eye goggles are essential when paintballing and what type of eye wear is most protective, if the 5 second rule should really apply when dropping and eating food, a colour over flavour hypothesis that tested a large sample by incorporating a social media survey, and an investigation into the different ways of making footballs and how this affects the way they fly through the air when kicked. 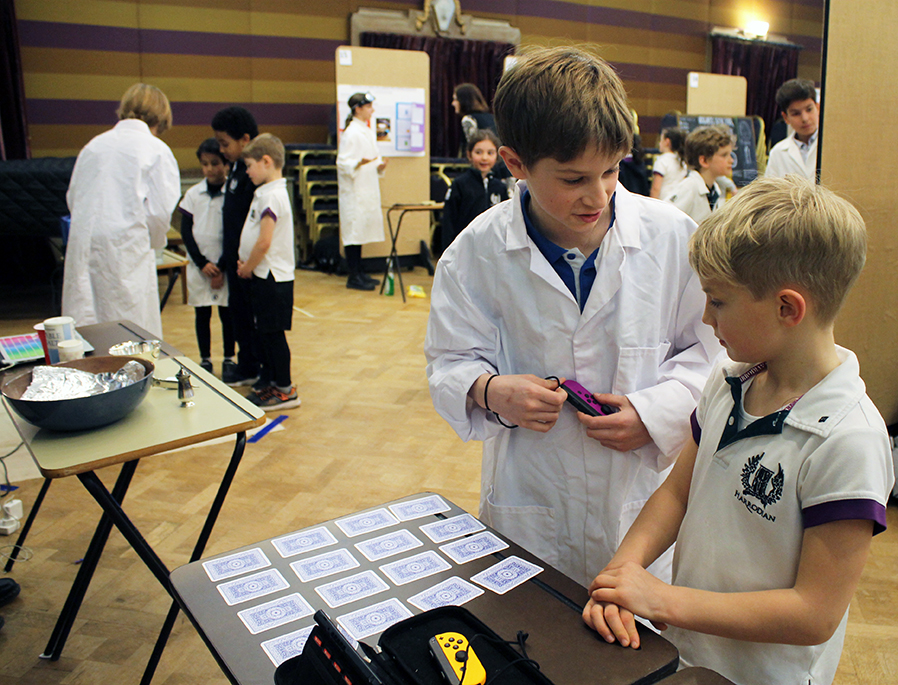 I love Science Week because you get to work in teams and do so many fun experiments but I also really look forward to seeing the 11s Science Fair. The 12s (Year 8) meanwhile learnt about structural engineering, the kind of structures we use in bridges and which we don't and why. They then had to 'buy' materials and build a bridge from just glue, lollipop sticks and string. The final lesson then tested each of the bridges to see how well they could withstand weights being added. The results were good and some held over 12kg!
(There are currently no photos of the 12s, as the bridges were being built and tested at the time this article went live!)

Our 13s (Year 9) had a rather less sinister but no less challenging job on their hands. They learnt about the physics of rollercoasters and teams were set the task of competing to build one from scratch out of card templates that would take the  longest possible time for a marble to travel down. 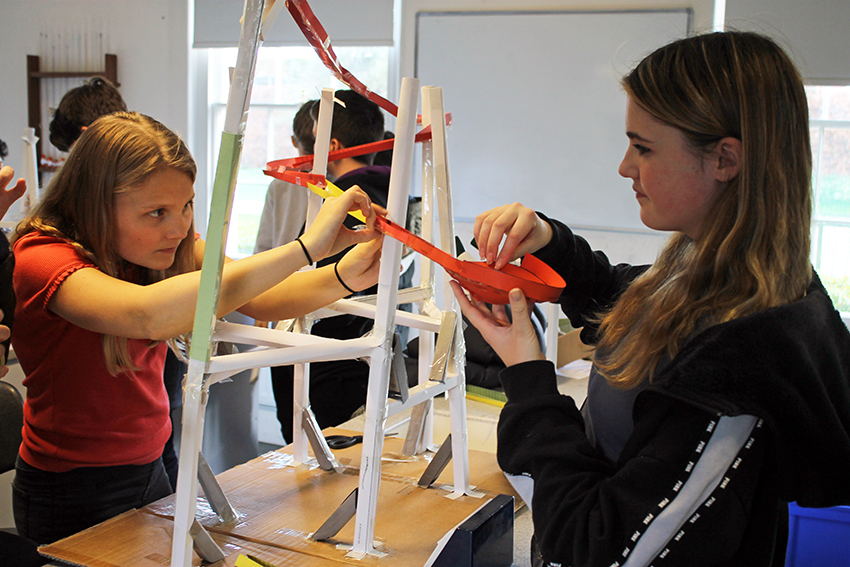 The 14s certainly enjoyed their introduction to forensic science, a subject which has always been a popular theme for TV thrillers. They were given the chance to investigate and solve their own murder – in this case the dastardly (fictional!) murder of Ms Oldacre by one of her villainous colleagues.

They were required to complete a meticulous investigation which involved visiting five different evidence rooms and completing activities from flame testing a chemical found on the body to code cracking, as well as reading witness statements, identifying finger prints and blood testing to seek out the psychopathic killer lurking in the Harrodian Science Department.

For more photos of Science Week 2020 (Prep to Seniors)

Alongside all this activity, both the 11s (Year 7) and the 14s (Year 10) were treated to the wonders of an 'extreme falconry' show where they learnt about birds such as the Indian eagle owl and the peregrine falcon. 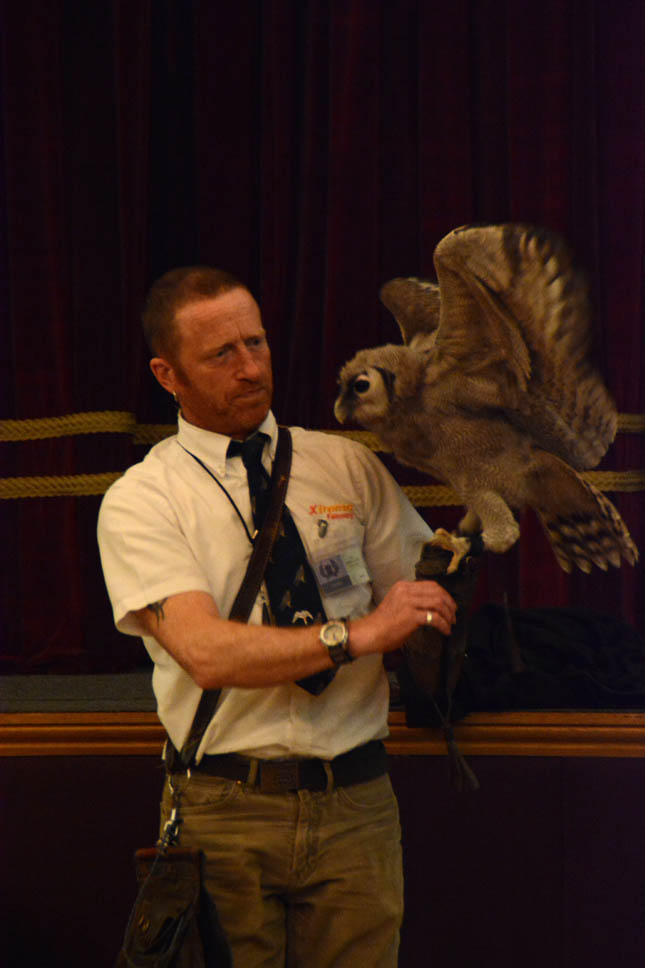