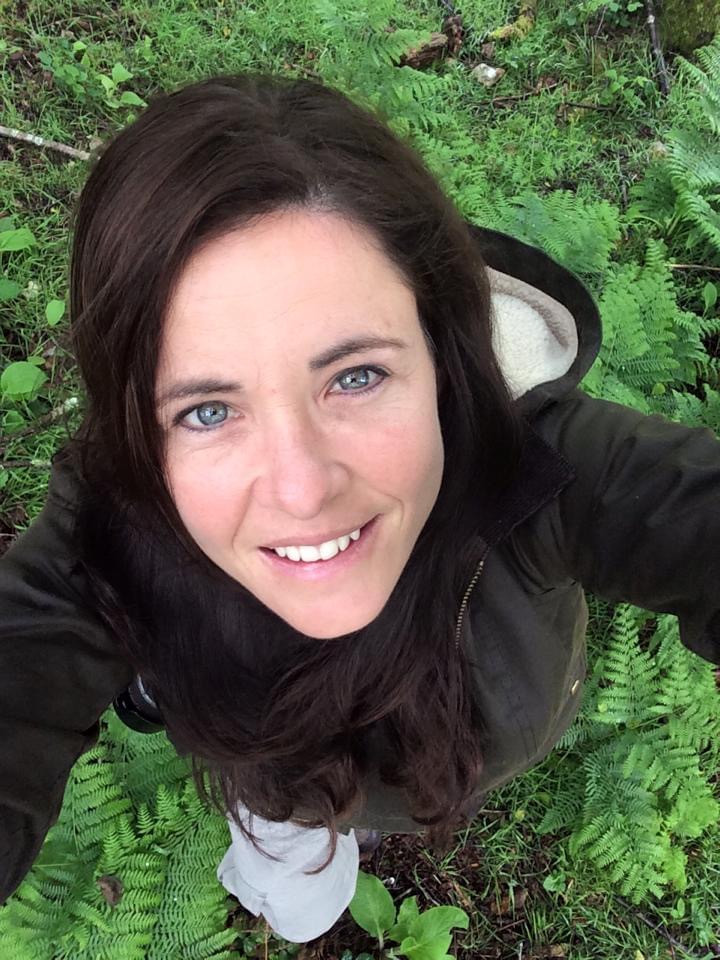 Mr Hooke and Harrodian colleagues pay tribute to Shara Dillon, Head of Pre-Prep Sport and Head of 9s (year 5) who lost a  brave two-year battle with cancer on 26th May

The word is sometimes overused but Shara Dillon truly did have an ‘inspirational’ impact on many of the teachers, parents and pupils who encountered her during her six years as a Harrodian teacher.  Hard-working, knowledgeable and meticulously organised, Shara came equipped with all the practical qualities required to make a very good teacher. It was the unusual  power and positivity of her nature and character that made her such an outstanding one.

Shara was forthright and independent by instinct and an explorer by inclination – quite literally. In 2016 she became the first woman to paddle the length of Tanganyika, the world’s longest lake.

Born and raised in rural South Africa and Zimbabwe, Shara was forthright and independent by instinct and an explorer by inclination – quite literally. By the time she had moved to London and joined our Sports and PE department, below, as a teacher in 2015, Shara had already fulfilled a personal dream of driving solo through Africa and, remarkably, during our summer break in 2016 she became the first woman to paddle the length of Tanganyika, the world’s longest lake, below. On her return, she recounted the story of her adventure to Prep and Senior Harrodian pupils in typically understated style in a moving and memorable assembly. 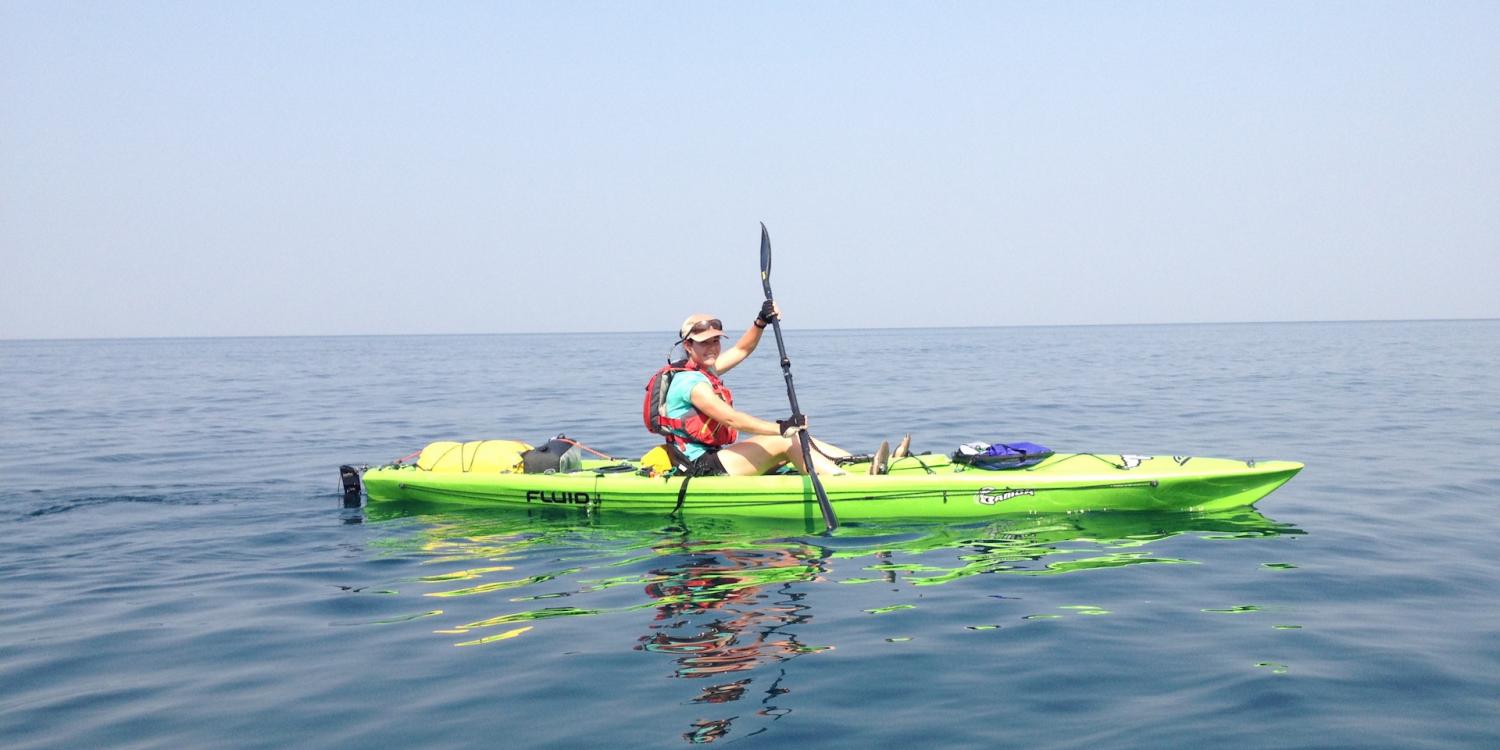 Such feats of endurance require deep resources of energy, commitment and determination and when she was appointed Head of Pre-Prep Sport and Head of 9s (Year 5), Shara brought all these qualities to the roles, never allowing the setbacks that are part of working life to dampen her enthusiasm or hold back her drive to find solutions to problems.

Beyond the classroom, Shara’s boundless spirit of adventure found expression in an appetite to embark on every extracurricular challenge that was available, ‘always living life to the max’, as one colleague put it.  A highly accomplished cricketer and hockey player on her own account,  ‘Sharky’  (as her friends called her) also starred as a soprano in the staff choir and was an outstanding soloist with the school band that wowed guests at Harrodian’s 25th anniversary celebration party, below. 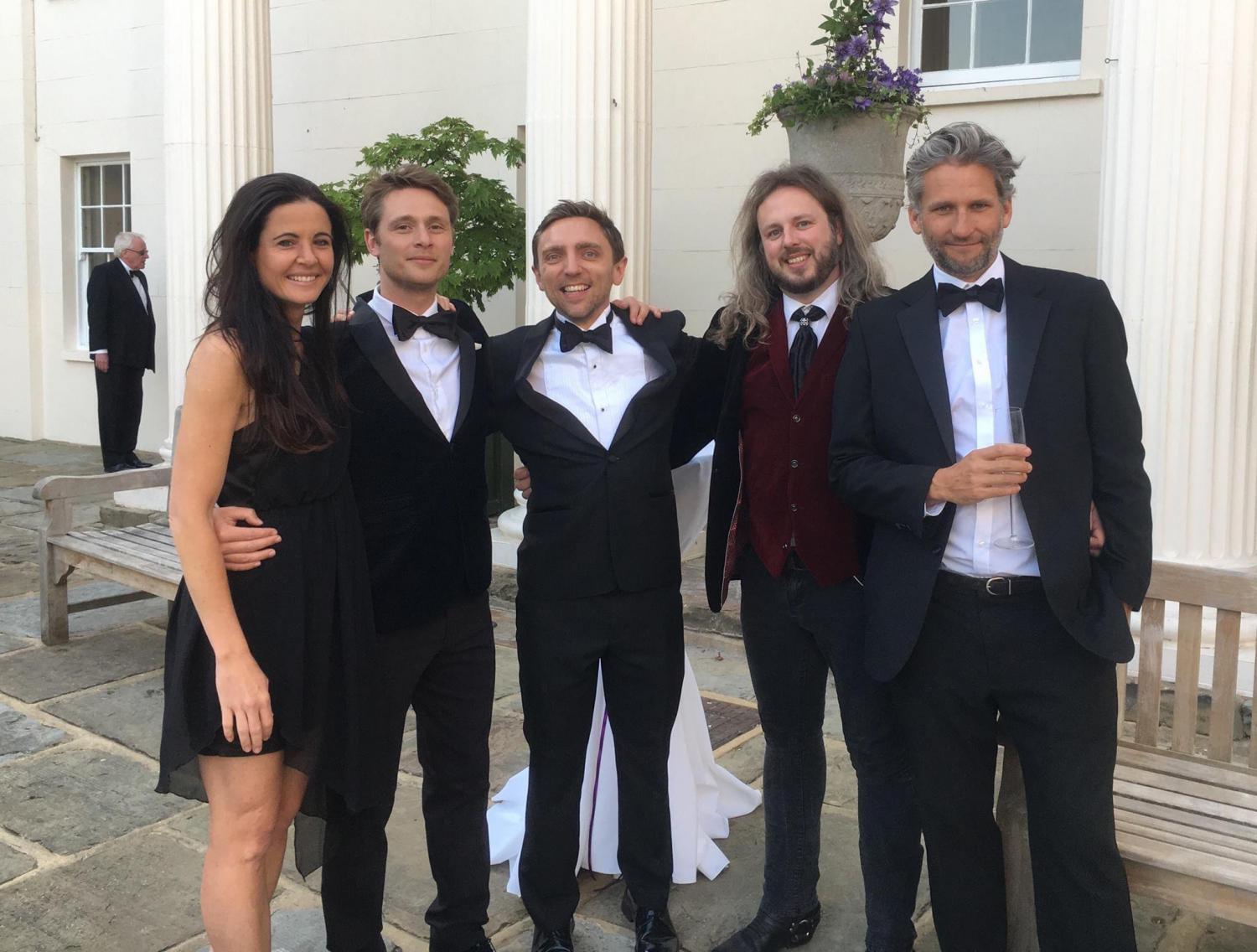 It was part of her charm that Shara wore her many talents lightly and always kept her feet firmly on the ground.  A team player who put the interests of pupils above everything, she was also a hugely caring, generous and considerate teacher and colleague. Her professionalism, her kindness and her bubbly and infectious sense of optimism all earned her the affection and respect of staff and parents and widespread adoration from pupils.

Shara's professionalism, her kindness and her bubbly and infectious sense of optimism all earned her the affection and respect of staff and parents and widespread adoration from pupils.

Intrepid and fearless explorer that she was, Shara lacked nothing in courage, as she proved over the last two and a half years of her life. Who could forget her poignant duet with friend and fellow teacher Kerry Sampson at the school Carol Concert in December 2019, a performance that encapsulated her strength and her bravery?

Shara Dillon was a natural leader, an exceptional teacher and a remarkable person. All of us at Harrodian will miss her enormously. 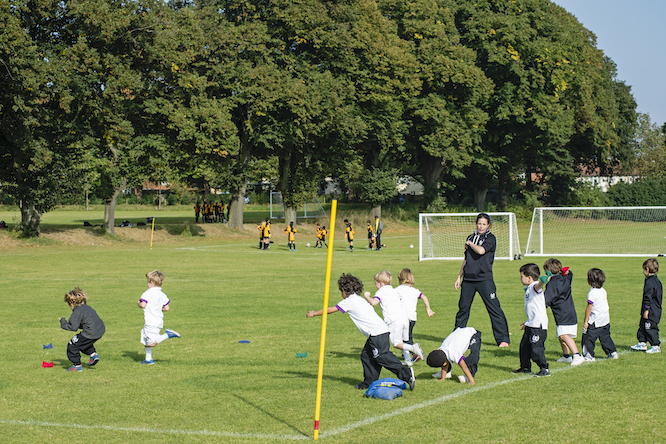 Decisions and discussions in Year Group meetings  were not about her and what she wanted; they were always about what our students needed.

One of the things I most appreciated about Shara's style of leadership was its understatement. Her ego seemed to play no part. Decisions and discussions were not about her and what she wanted; they were always about what our students needed. She was an incredible, quiet leader who always supported her team and her students, working tirelessly and putting in the extra work to ensure that pupils and staff were happy and taken care of.

She also had an incredible gift for connecting with and talking to the children. I don't think I ever saw her upset with a pupil and she was always so calm, cool and collected. She treated each and every one with such genuine care and respect.  I suspect most of her year groups probably never quite grasped just how much she did for them. 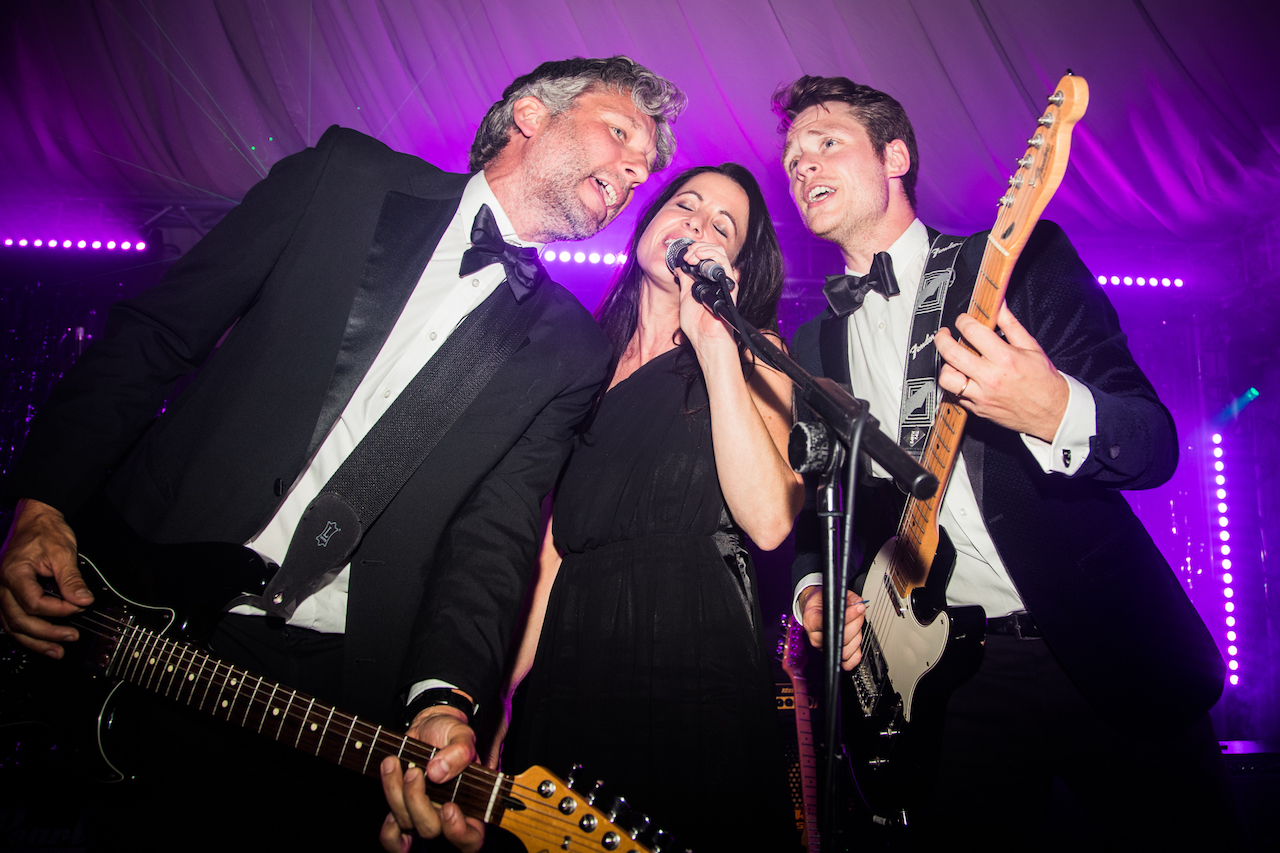 Best of all was her sense of fun. Rehearsing was always a pleasure, full of laughs, and the staff band will always remember the last few years as a golden age.

Shara joined the band in 2017 and not only brought along her great voice, but also her boundless energy and enthusiasm. She was a powerful singer, most impressively in our cover of Proud Mary. She had a natural ear for harmonies and that gave the band a much-needed boost in the vocal department. The 25th Anniversary gig was a real highlight for us, and she played a huge role in that performance. 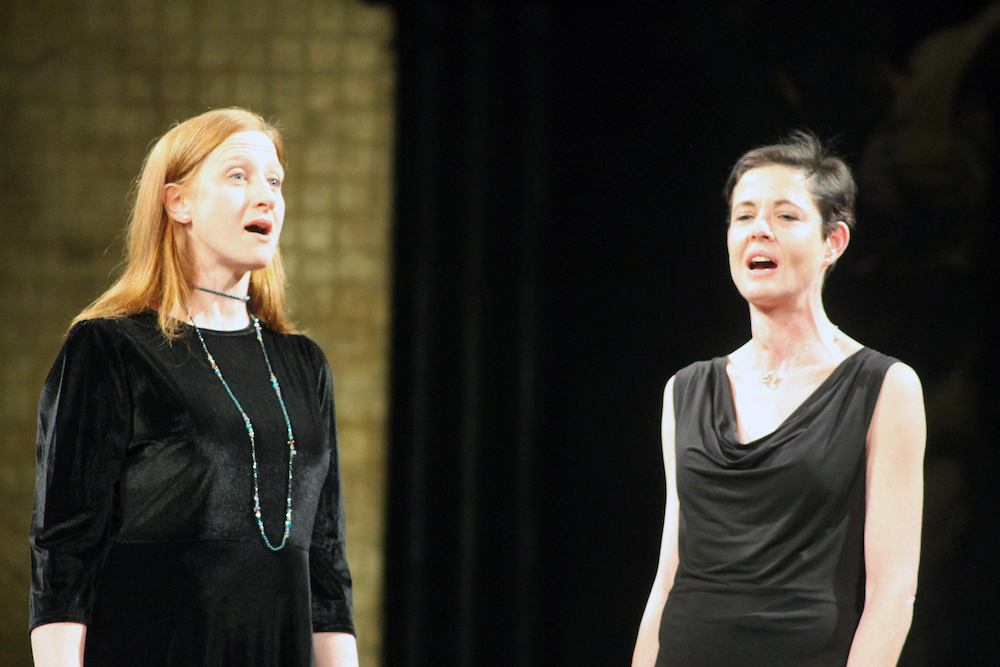 I remember when Shara emailed me to ask if there was any chance we could give her a slot in the 2019 carol concert to sing Lloyd Webber's 'Pie Jesu' as a duet and if Kerry Sampson would be interested in singing it with her. I think she expected us to say no, when in fact both Kerry and I were extremely moved by her request and were honoured to have the opportunity to help her make this dream a reality. As many of you know, this performance brought the house down (see video link above) and is an extremely powerful memory of Shara's incredible determination. She was a stalwart of the staff choir and her beautiful soprano voice a constant in rehearsals. 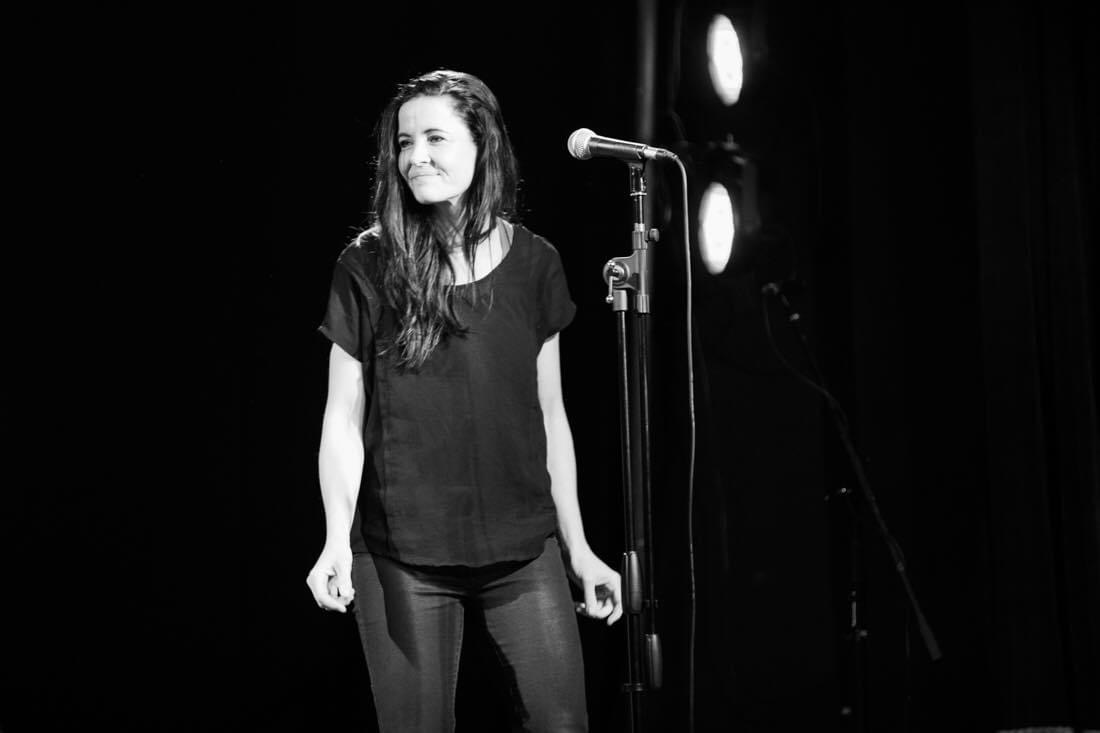 Shara was always kind and supportive. She was such a good role model for the children; she showed them  new possibilities. Her assemblies opened up new possibilities as we listened, spellbound to her account of her travels. And she was there - for all of us. Below, Shara with Pre-Prep staff and pupils. 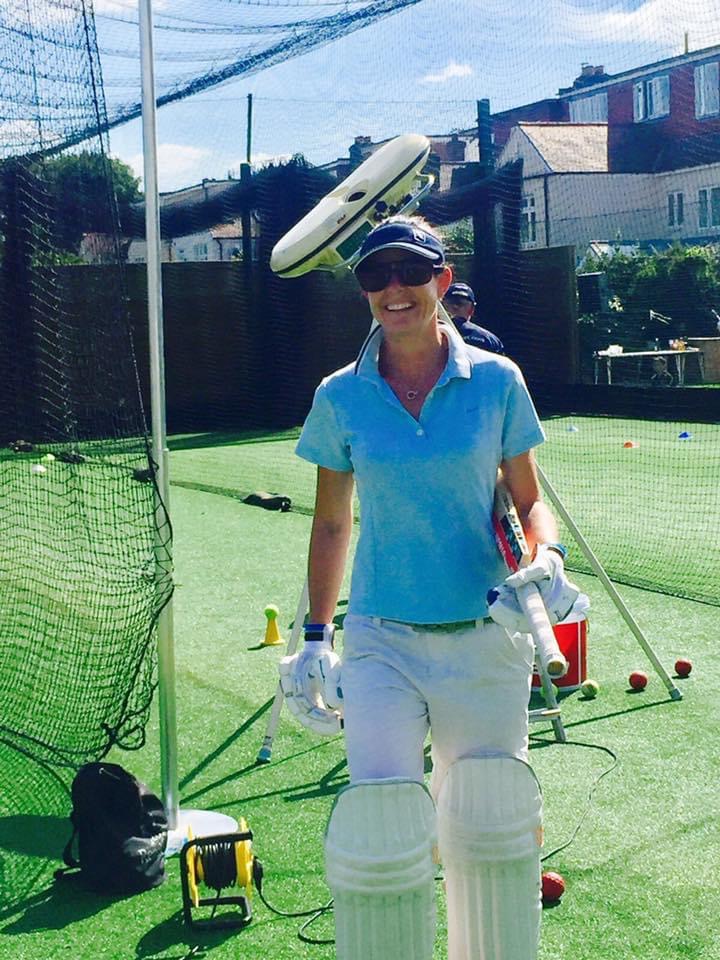 When I picture Shazza D, I see the colour turquoise, a coffee in hand, her trusty sun-visor, and a big old grin. An absolute legend – Brave, Bold and Beautiful. Shara was an amazing teacher who cared deeply for the happiness and development of her students. Her selflessness, good humour and laid-back (but extremely organised and efficient) nature meant she drew in innumerable friends at Harrodian, and all around the world, through her intrepid and jaw-dropping travels. When I picture Shazza D, I see the colour turquoise, a coffee in hand, her trusty sun-visor, and a big old grin. An absolute legend – Brave, Bold and Beautiful.  Above, Bryn with 'Sharky'. We are preparing a school assembly that will  commemorate Shara Dillon and celebrate her life after half term. In the meantime, if you have any special memories of Shara that you would like to share, please feel free to send them to us at website@harrodian.com