Writers on the Podium

Aspiring writers from GCSE and Sixth Form age groups have been competing during lockdown in our second annual Essay Olympiad. The winners were announced this week.

Organisers of the Essay Olympiad - Mrs Broyd, French, and Mr Wardell, Philosophy - were both very impressed with the standard of essays submitted. 'This year running the Olympiad was both exciting and extra challenging, but the competition gave our students a window outside of the confined world imposed on their reality; they refused to subjugate their minds and produced amazingly high quality work,' says Mrs Broyd.

Both of them are also extremely grateful for the patronage of Mrs Patricia Hooke and her spirited encouragement as a former English teacher and for the expertise of the judging panel - Emma Freud, broadcaster and cultural commentator, and Louis Norman, Philosopher, MA Creative Writing (The University of Oxford) and former Harrodian.

This year the question for the essay - "How Important Are The Others / Is The Other?" - gave pupils the chance to draw inspiration from all areas of learning including, amongst others, philosophy, religion, literature, linguistics, all sciences, anthropology, history, geography, psychology, medicine, engineering, architecture, mathematics, and quantum mechanics.

Two overall winners were selected - one in the 15s year group and another in the Sixth Form together with two runner ups from each age category too.

In the 15s age category, Grace was awarded first prize (£100), below, and Jude Araim second prize. Grace's approach involved splitting up the definition of ‘the other’ into three: the parent/guardian, the friend/coworker and the enemy. In her writing she supports the notion that we are nothing without others and that all beings are interconnected and the main aim of her essay was to highlight the slightly less obvious ways in which others help us. For example the priceless lessons in tolerance and patience that a bitter enemy can teach us. 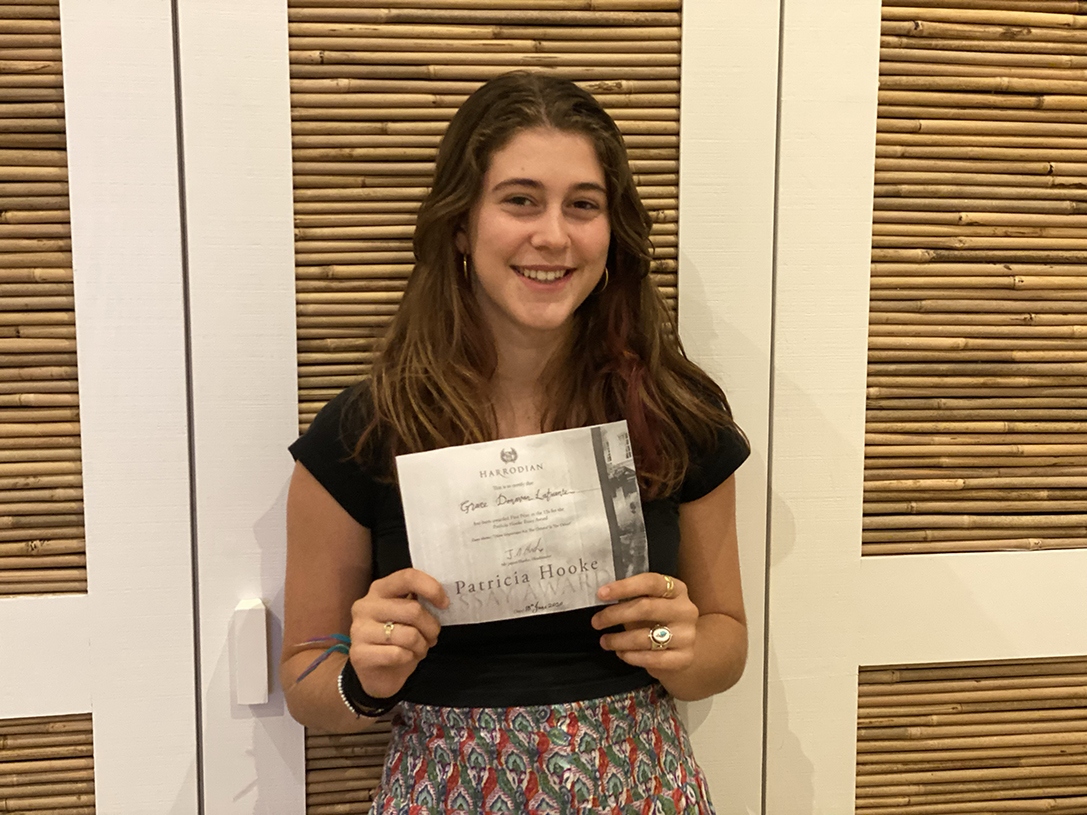 Grace really enjoyed participating in the competition and sees it as an invaluable experience. 'The Essay Olympiad experience is one that I could not recommend enough to others. For me personally, it was the thought provoking nature of the essay question, “How important is the other” and the freedom to explore areas of your own interest that made this such an enjoyable experience,' she explains.

It was the thought provoking nature of the essay question, “How important is the other” and the freedom to explore areas of your own interest that made this such an enjoyable experience

In the Sixth Form, Coco, below, was awarded first prize (£200) and Alec Tiffou second prize. Coco's essay was an exploration of English literature and language (both of which she is studying at A Level) where she focused on the value of the Other within both fiction and society. 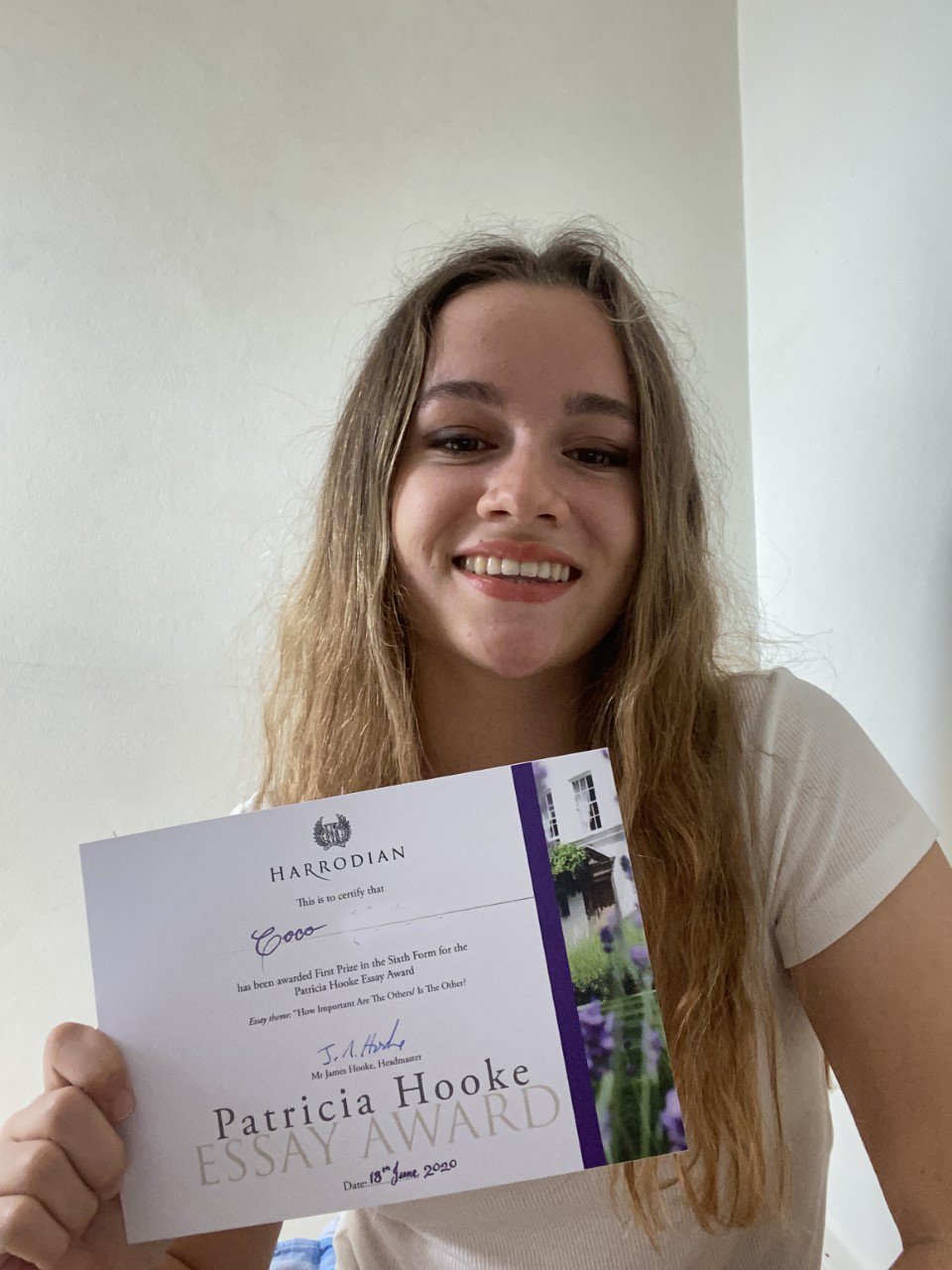 Coco felt she learnt a great deal from the experience. 'I’ve loved taking part in Essay Olympiad this year, and being able to research topics beyond the A-level curriculum. I received some brilliant feedback which will help me to improve my academic writing style going forward. I would definitely recommend others to take part next year!' she enthuses.

I received some brilliant feedback which will help me to improve my academic writing style. I would definitely recommend others to take part next year

Coco, winner of the Essay Olympiad in the Sixth Form

Congratulations to all those Senior pupils who took part in the competition.