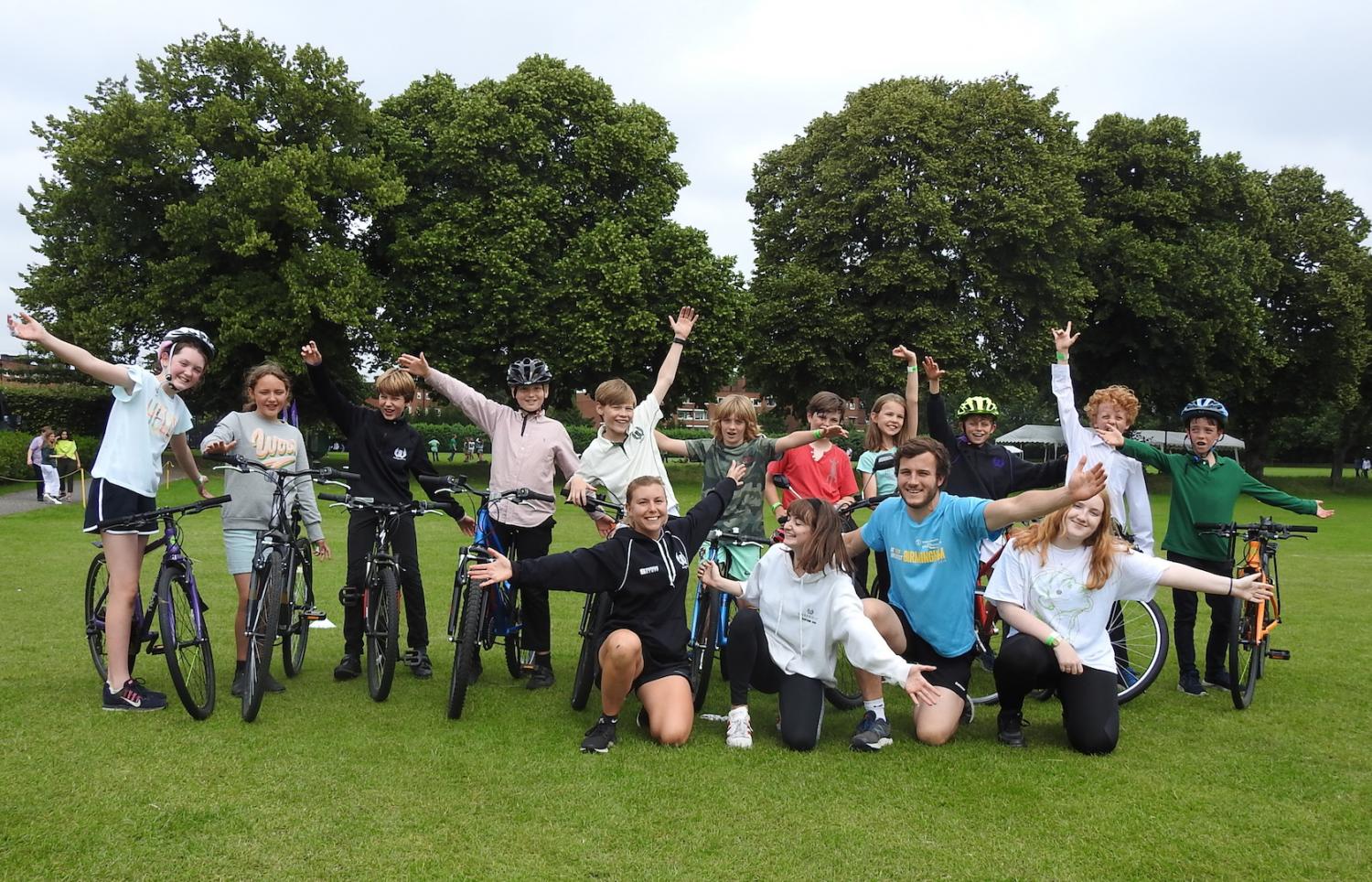 Since the school's first Green Day in 2019, ecology has become a growing focus of interest and engagement at Harrodian.

Ecology has become a growing focus of interest and engagement at Harrodian in recent years. Two years ago, the school staged its first Green Day with activities including a 'Bikeathon' , above, all designed to raise both consciousness of environmental issues and cash for charities. Guest of honour at that event, environmental campaigner, WWF Ambassador and Harrodian alumnus, Jack Harries, urged students 'to lend their voices to the green cause’.

In 2019, eco campaigner, Jack Harries urged students to 'to lend their voices to the green cause’. Harrodians have been quick to take up the challenge Harrodians have been quick to take up the challenge. The school joined the Eco Schools initiative, a nationwide movement that aims 'to give students an environmental voice' and at the end of 2019 an Eco Committee of students was formed to lead activities and events, with Ms Mary Sanders, Head of RE, taking the role of  Eco Co-ordinator. Together the team started putting in place a programme  founded on the Eco-Schools initiative's Seven Steps blueprint. This aims to raise understanding of environmental issues throughout the school, to establish ecology as an integral part of the school's everyday curriculum in subjects such as Geography and Science and to stimulate action and eco-activism through environmental investigations, activities and events. Today, the progress that has been made in achieving this ambition is already plain to see.  In Geography for example, ecology is part and parcel of the curriculum at all levels with topics undertaken in Geography studies at Pre-Prep, Prep and Senior stages feeding into the age group Eco clubs and vice versa. 'This year, Pre Prep have been looking at Biodiversity and staged their first dedicated Biodiversity Day in March (below), the Prep have been looking at Litter and the seniors have been looking at Global Citizenship by supporting the WWF, initially with the Australian Bush Fires and now more generally,' says Head of Geography, Ms Kerry Shaw. 'We are moving on to look at Energy and Waste for the rest of the year.' The beauty of the crossover between club and curriculum is that it brings fun and engagement to issues which, though of critical global importance, can be hard to grasp.

The beauty of the crossover between club and curriculum is that it brings fun and engagement to issues which, though of critical global importance, can be hard to grasp. For the Pre-Prep club, (above) for example, exploring biodiversity has involved tracking the movements and activities of hedgehogs in the Harrodian grounds as well as examining and researching the eco pond, dug with the help of Mr Hooke and Sixth Formers, below. 'It's a great way of getting a sense of what a small scale ecosystem means,' enthuses Ms Shaw. 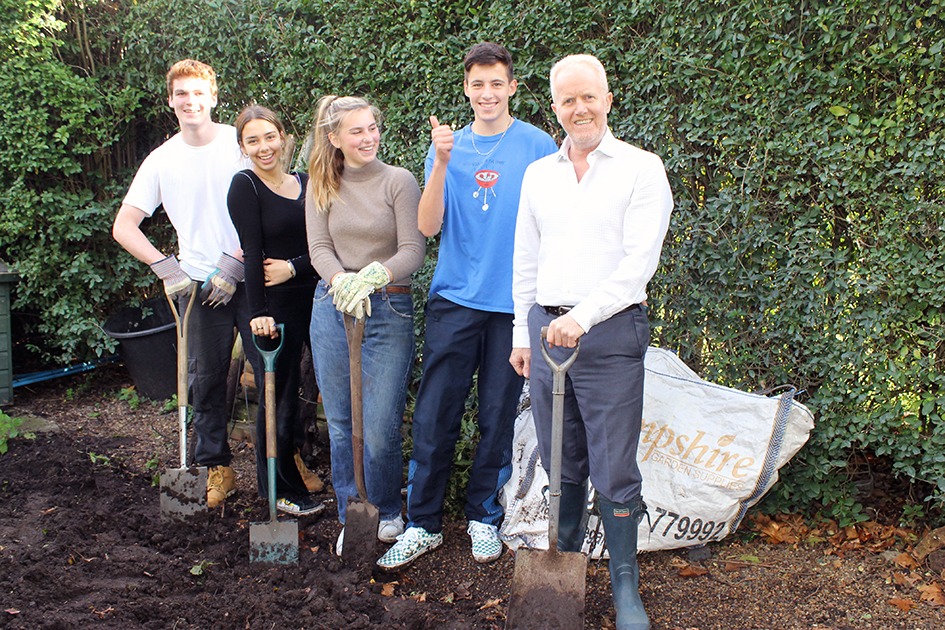 For their part, Prep pupils have clearly relished the motivating angle their studies and Eco Club activities have provided on the topic of marine life. To learn about how undegradable plastic can pollute and damage rivers and seas, classes were challenged to compete between themselves to see which of them could gather the most plastic bottles. These bottles were then filled with lighter plastic rubbish such as crisp packets, becoming 'eco bricks' which the Senior Eco Reps then turned into radical designs for 'Eco-benches'. The focus on plastic doesn't end there as the Eco Club is also leading a drive to recycle more of the material at Harrodian. All classrooms now have a box for collecting used biros and pens, which can be recycled by the innovative production company Terracycle and turned into new products.

Other Eco-focused events and activities don't have to work quite so hard to bring pupils, teachers and parents together. In the midst of January lockdown the grand RSPB birdwatch in January provided a welcome opportunity to get out in the garden, for example. 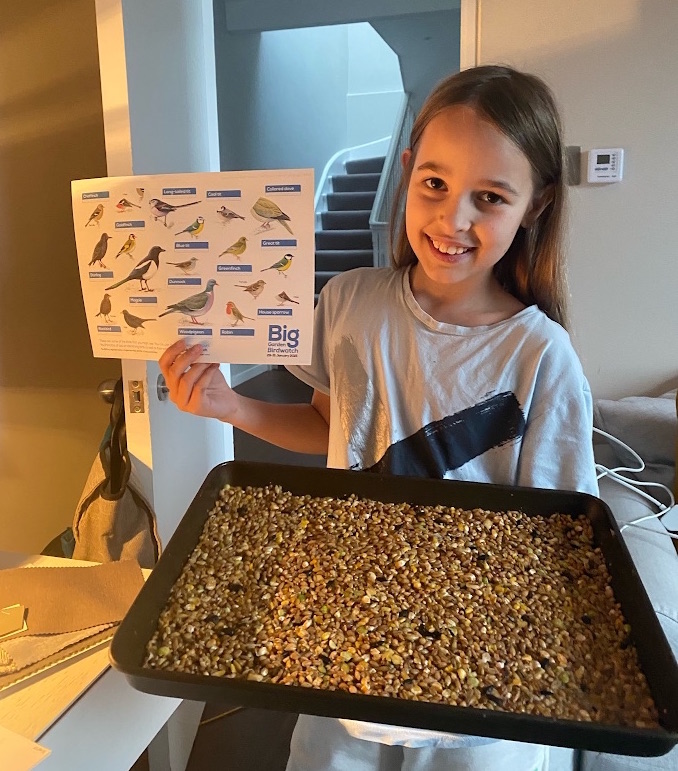 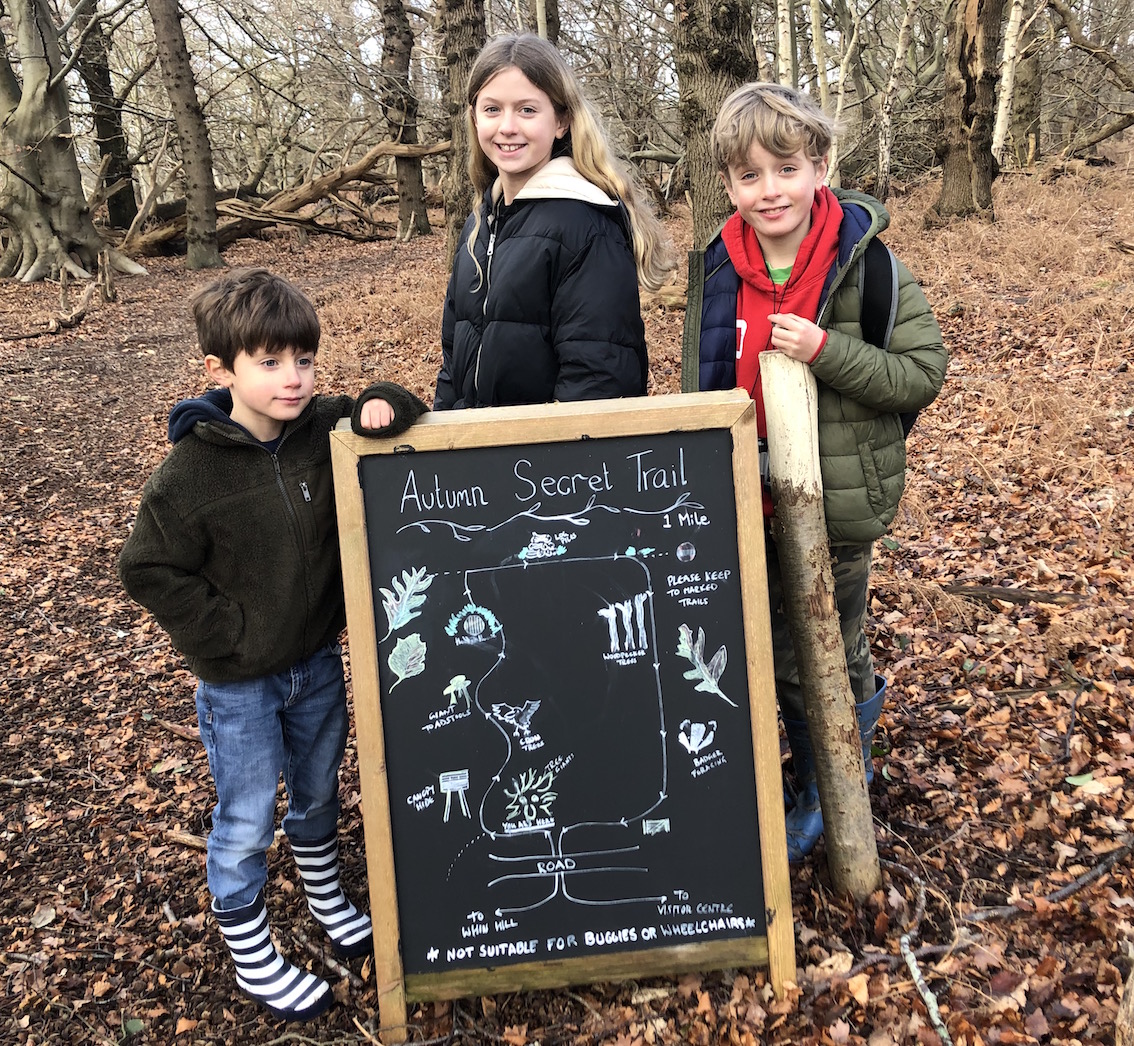 Harrodian's eco-drive has come a long way in a short time. Thanks to the enthusiasm, hard work and co-operation of teachers and pupils across the school community Harrodian is now in a position to apply for the Eco Schools Green Flag, an internationally recognised award for excellence in environmental action and learning. 'The Eco-Schools initiative really shows pupils how things we study in subjects such as Geography and Science are relevant to our daily lives,' says Mary Sanders. 'And it also reveals the critical challenges our planet is facing in the 21st century. It's essential learning for all of us.' 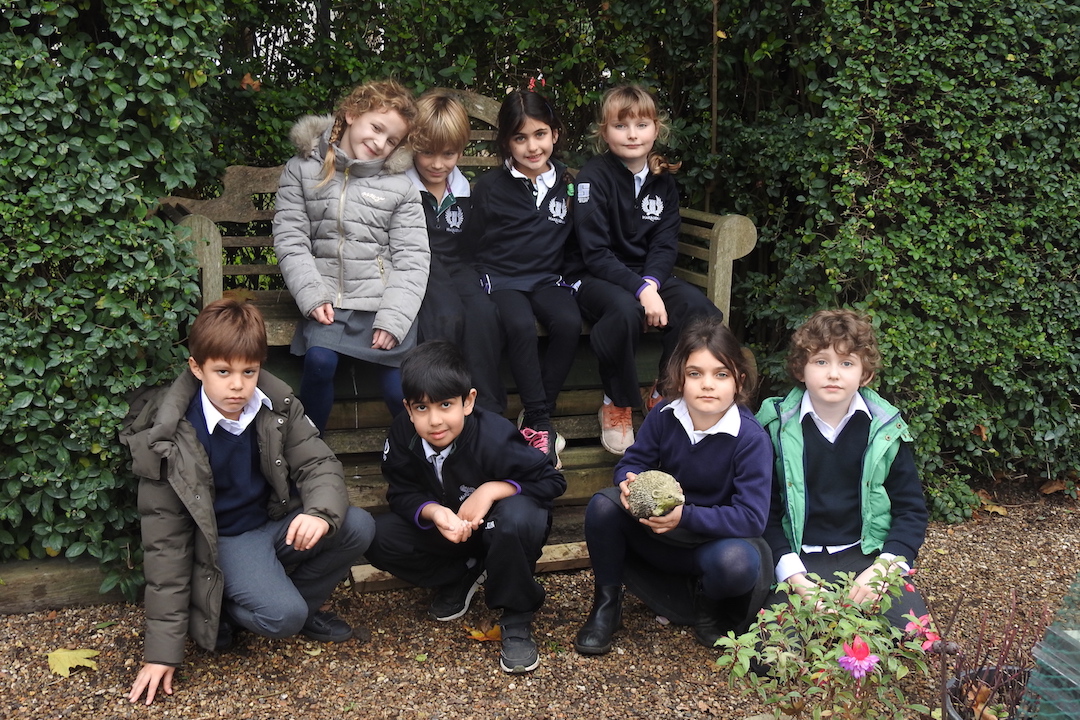 The Eco-Schools initiative really shows pupils how things we study in subjects such as Geography and Science are relevant to our daily lives. And it also reveals the critical challenges our planet is facing in the 21st century.  It's essential learning for all of us.' 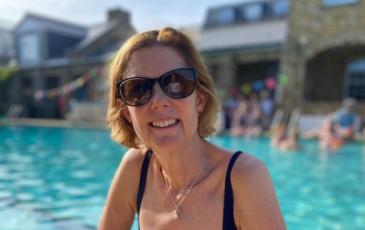 08/12/2022
Christmas Round-up
The best of our snaps on pre-Christmas Thursday, including Prep Suits, Festive Sweaters and Santa on the Roof END_OF_DOCUMENT_TOKEN_TO_BE_REPLACED
General school news
Pre-Prep
Prep
View all related news