Essential Art Blog: From Leighton to the Orient 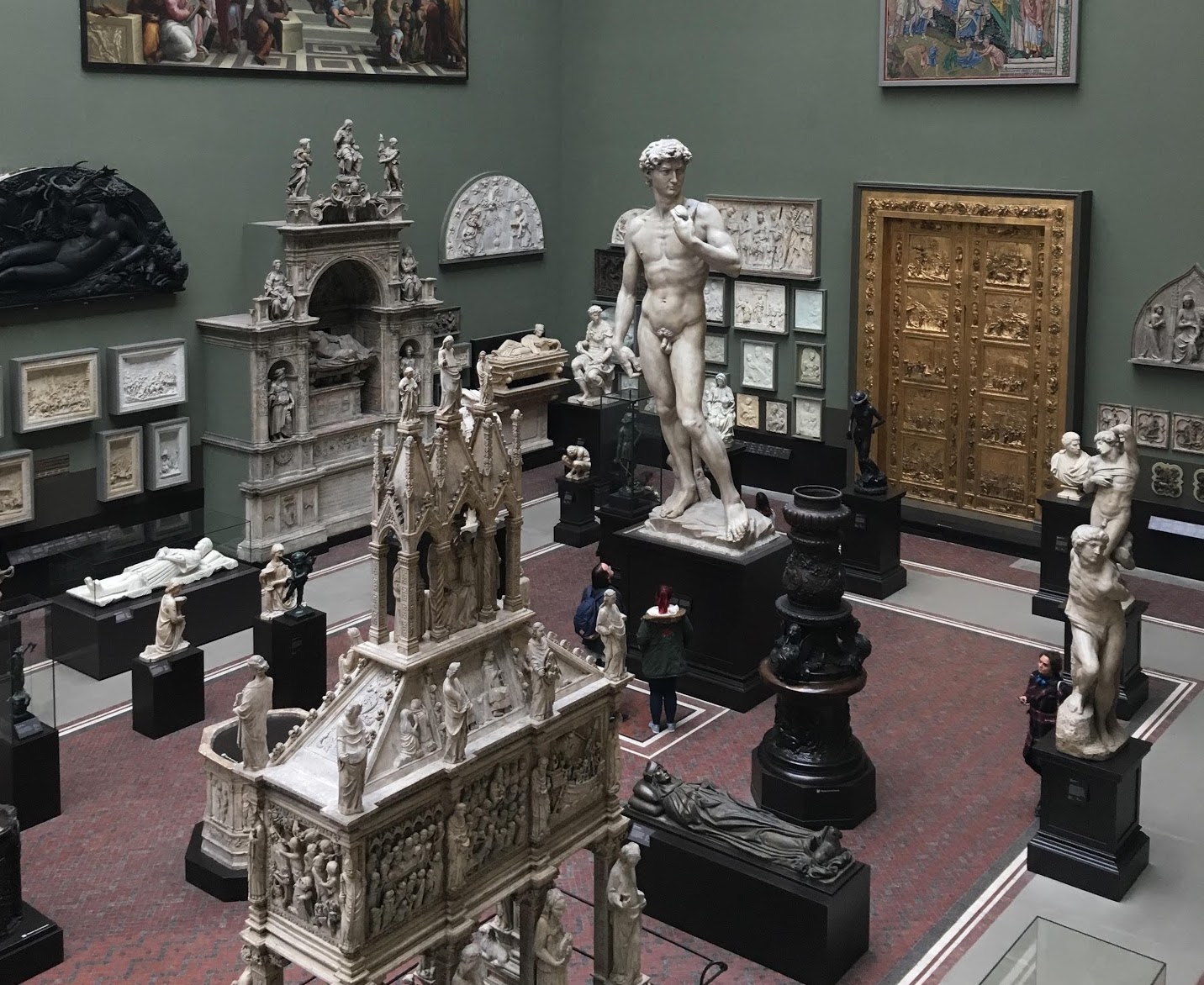 Sixth Form History of Art students have been engrossed in 19th Century art and architecture in recent weeks thanks to visits to the Leighton House Museum and the V&A. Miss Kroes and her students bring us up to date

A visit to Lord Leighton’s spectacular residence near Holland Park revealed to our History of Art students the contrasts between Leighton's public and private worlds. A stark contrast was clear between the opulent entertaining spaces the peer made use of in his role as President of the Royal Academy and the single, small bedroom which he had to himself. 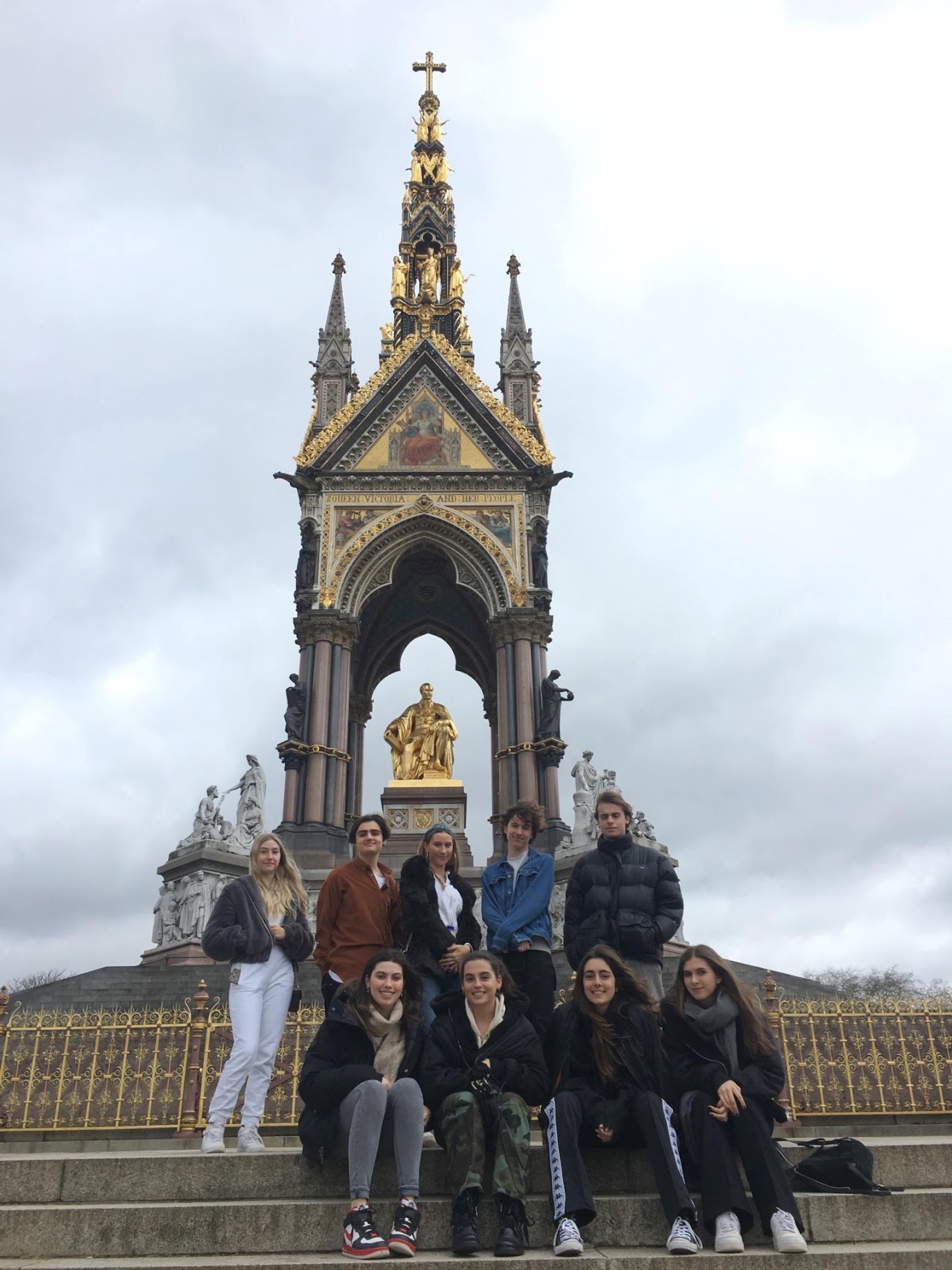 Leighton's studio had a sense of timelessness, as if it had been left untouched, with so many works, objects, and materials placed around the studio.” 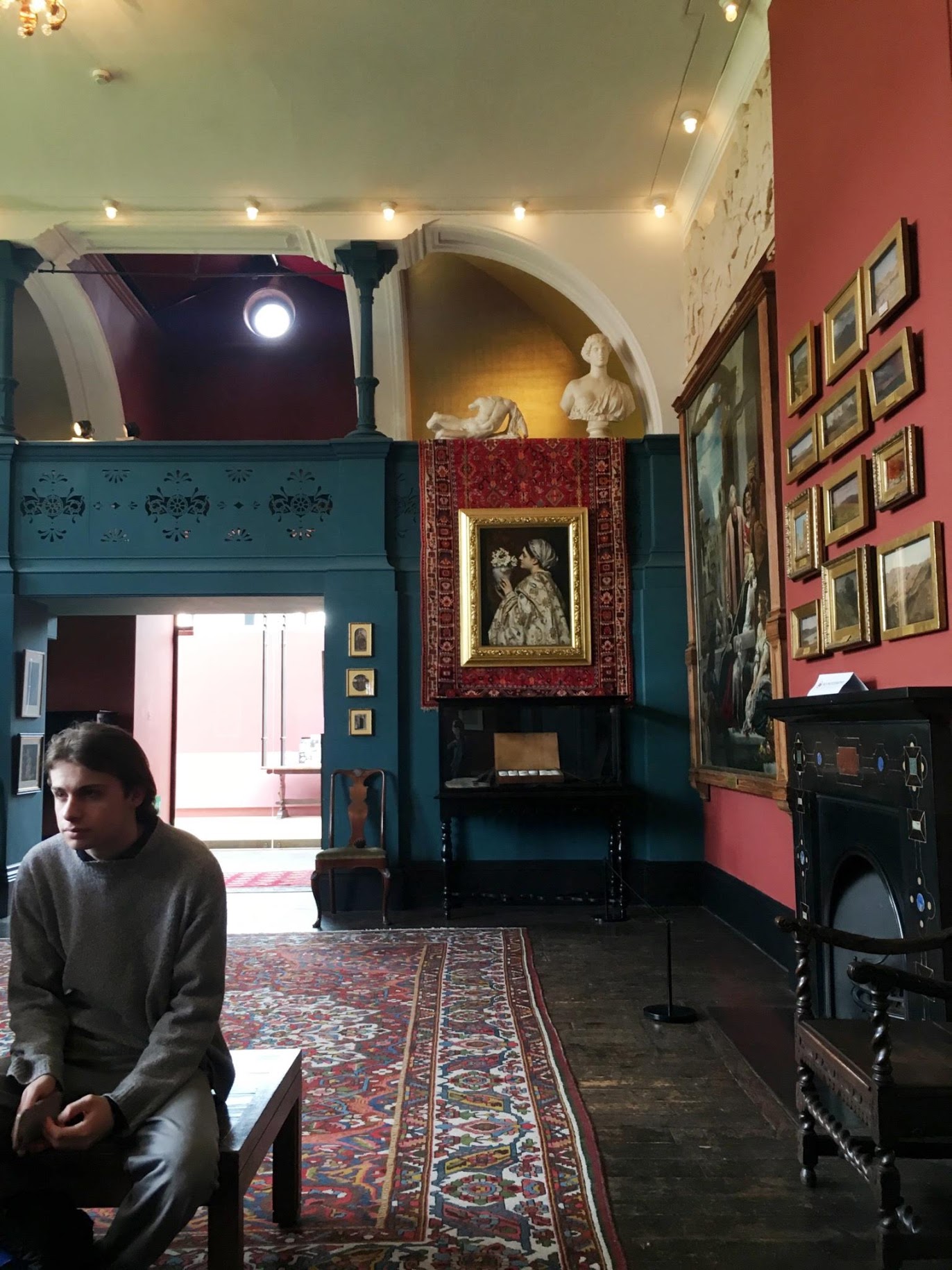 Student, Paolo writes: 'I particularly enjoyed Leighton’s studio. It had light colored wood flooring and extremely high ceilings. The overall plan was rectangular with a semi-dome at one end and a smaller glass room at the other end, used for painting in winter. The space was dominated by the long windows on one side of the room to allow as much natural light in as possible. I could see how the space aided Leighton in creating many successful academic works in that very room. It gave me a sense of timelessness, as if it had been left untouched, with so many works, objects, and materials placed around the studio.” 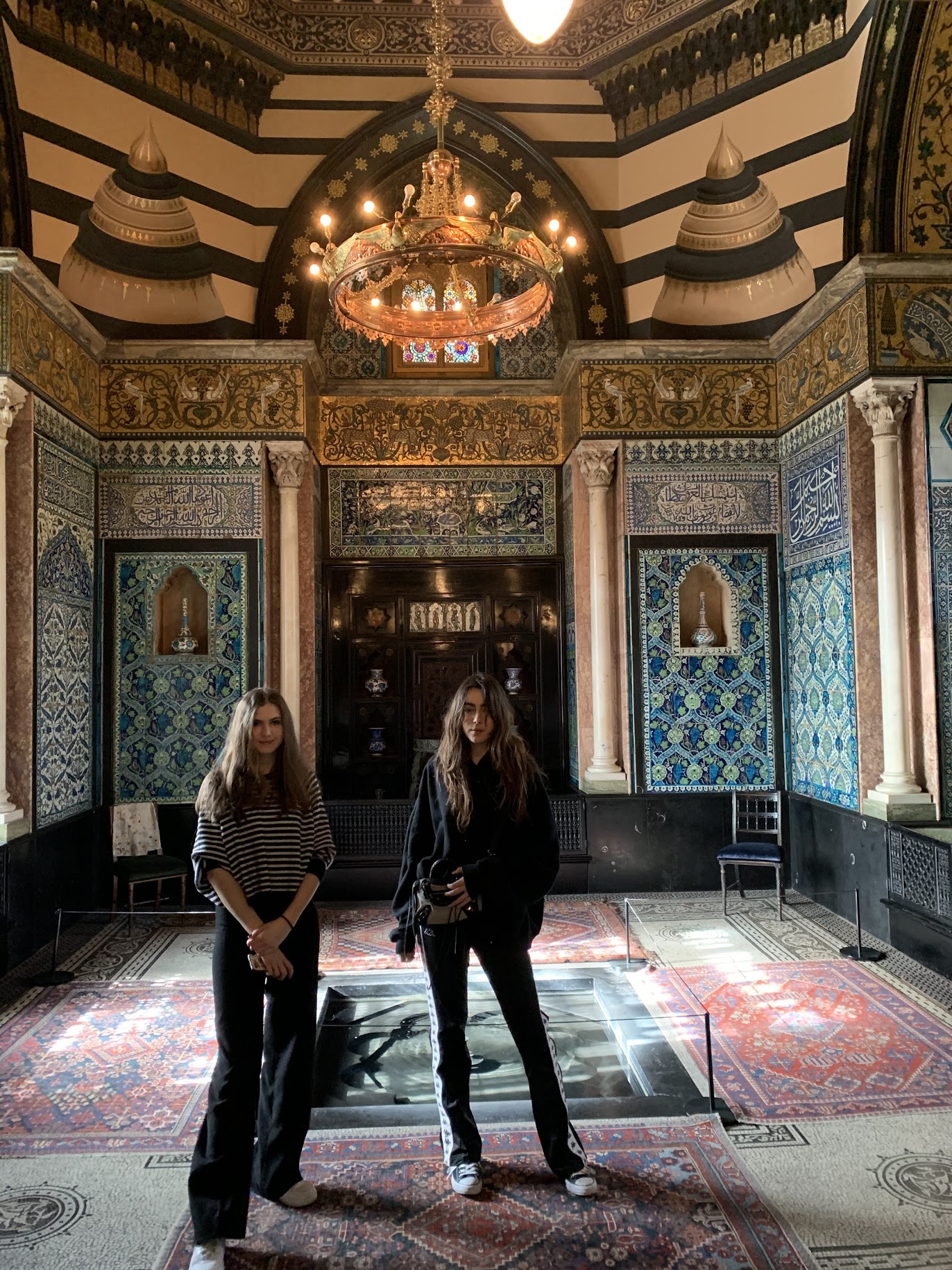 Walking into the room, I felt transported to a different country. I loved the sense of spirituality and calm, the light pouring through stained glass windows and the tranquil sound of the fountain

A major theme of the trip was 19th century Orientalism and Islamic art.  Leighton’s Arab Hall, a purpose-built space to display his collection of Iznik tiles had a particular impact on Thea, who wrote that  'walking into the room, I felt like I was being transported into a different country. I loved the sense of spirituality and calm felt when I looked up at the high ceiling with the light pouring through stained glass windows and the tranquil sound of the fountain. The room served as a peaceful escape from the bustle on the other side of the door.' We were lucky enough to hear from the museum’s curator, Daniel Robbins, who spoke about Leighton’s aesthetic relationship with the Middle East. Depicting 'the exotic Orient’, we learned, was not one of his artistic goals. He was purely interested in the aesthetics of Islamic architecture, seeking to combine beautiful objects with other sources. In fact, his so called is not very accurately named, combining, as it does, influences from Italy, Britain, Turkey, Egypt, and ancient Byzantium. Gracie explains: 'What interested me most was how he painted individuals from the Eastern world in a much more real and natural way than other contemporaries such as Ingres, who idealized and exoticized his figures. The main difference between the two was that Leighton was actually well travelled and painted studies of people he met abroad, while Ingres created a fictional Orient to represent in his painting.' 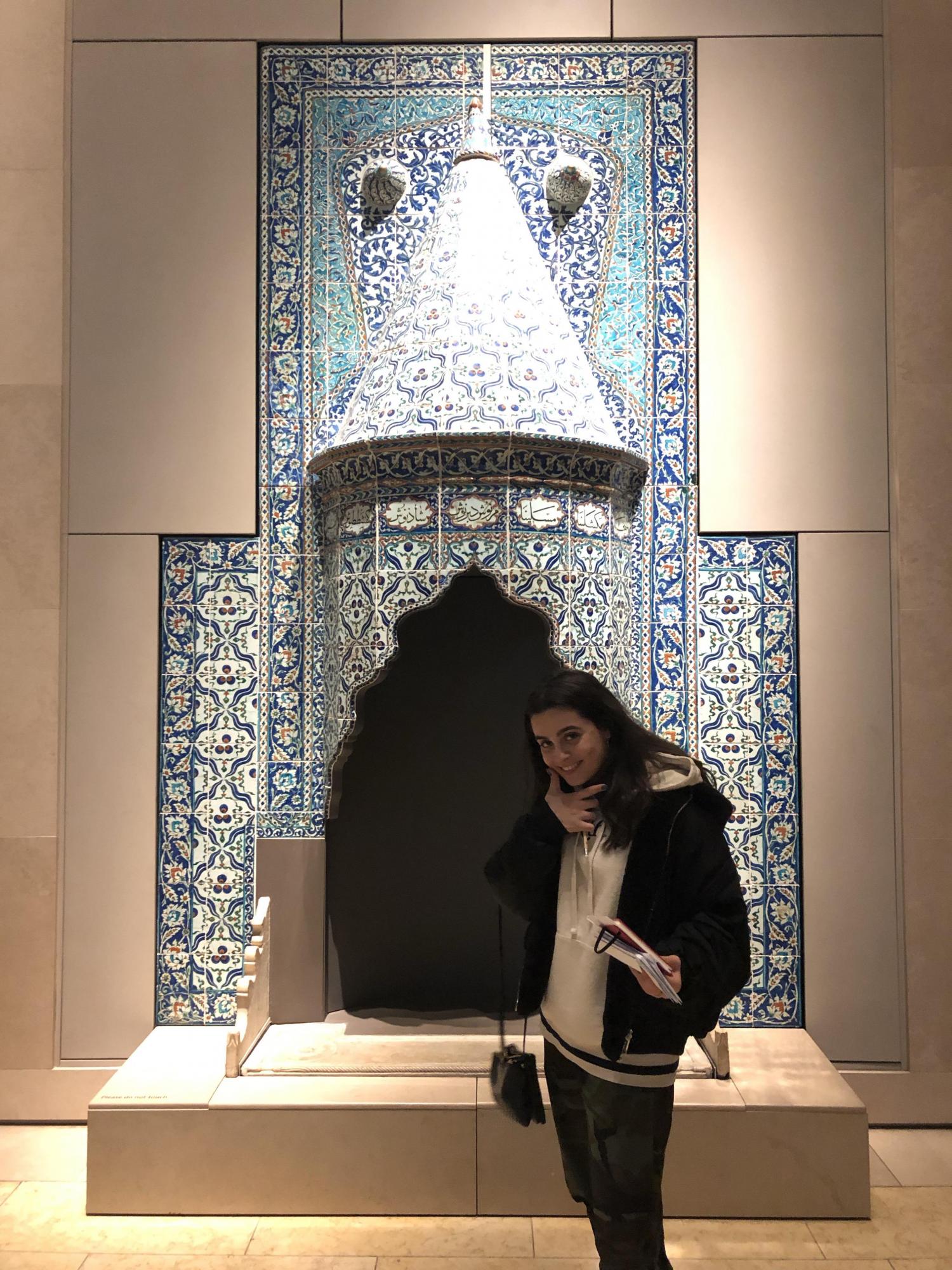 The visit to the V&A's Islamic Gallery brought to life everything we had studied in the classroom about Orientalism and the Suleymaniye Mosque. 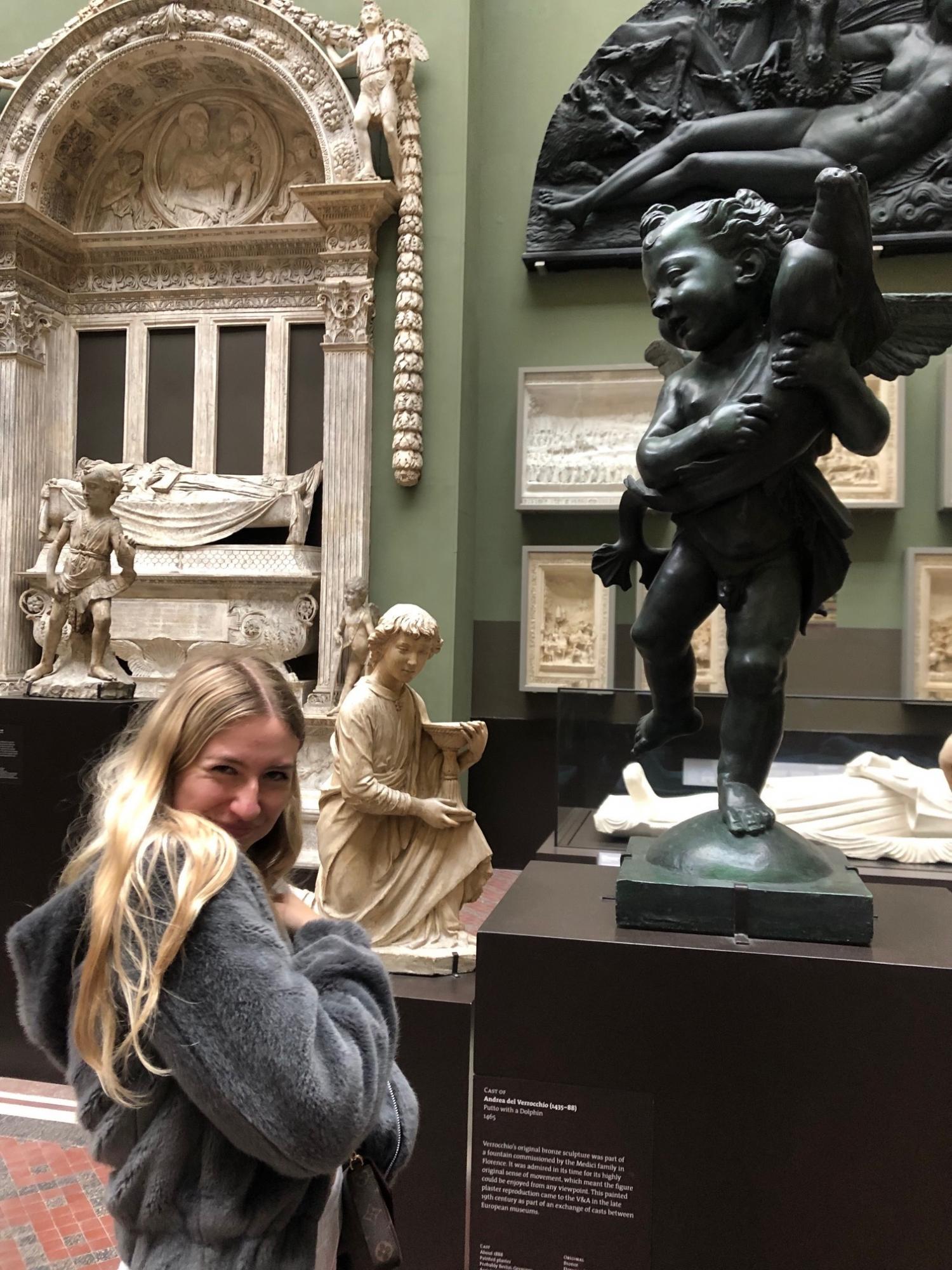 After visiting the Leighton House Museum, we stopped by the Albert Memorial, one of our case studies, and then went on to the V&A Museum. Students took part in a scavenger hunt which led them around the museum in search of Rodin sculptures, Islamic tiles, and 19th century plaster casts of masterpieces throughout art history. Their tasks were sometimes silly, but they all found something in the museum they resonated with. For many, that was the Islamic art gallery, which students noted felt calm and peaceful amidst the busy museum. Other favorites included the Gates of Paradise and the Michelangelo casts in the Cast Courts. As Cecilia said: "My favourite part of the entire trip was the treasure hunt and exploring the Islamic Arts section of the V&A. This brought to life everything we had studied in the classroom about Orientalism and the Suleymaniye Mosque." 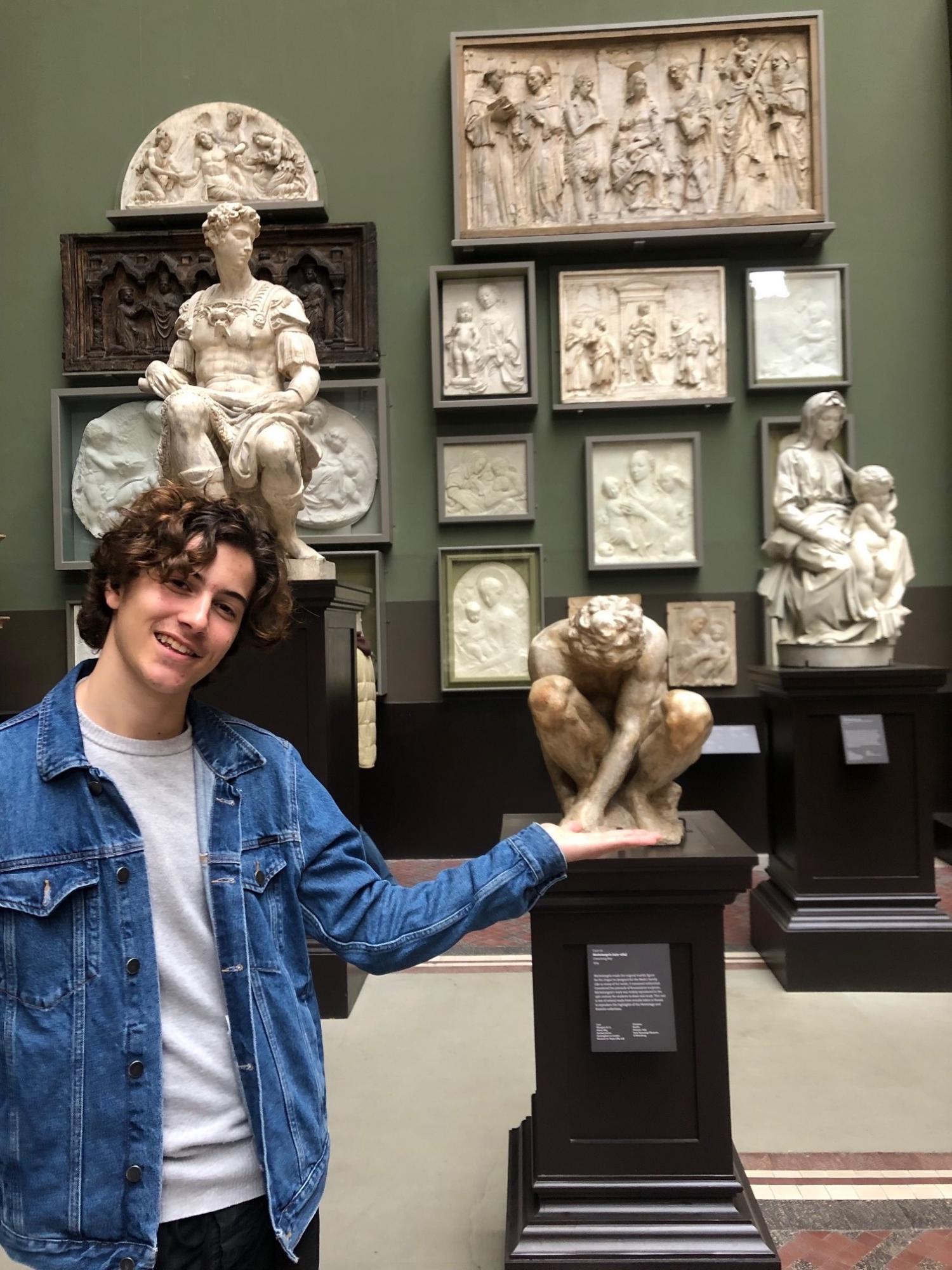