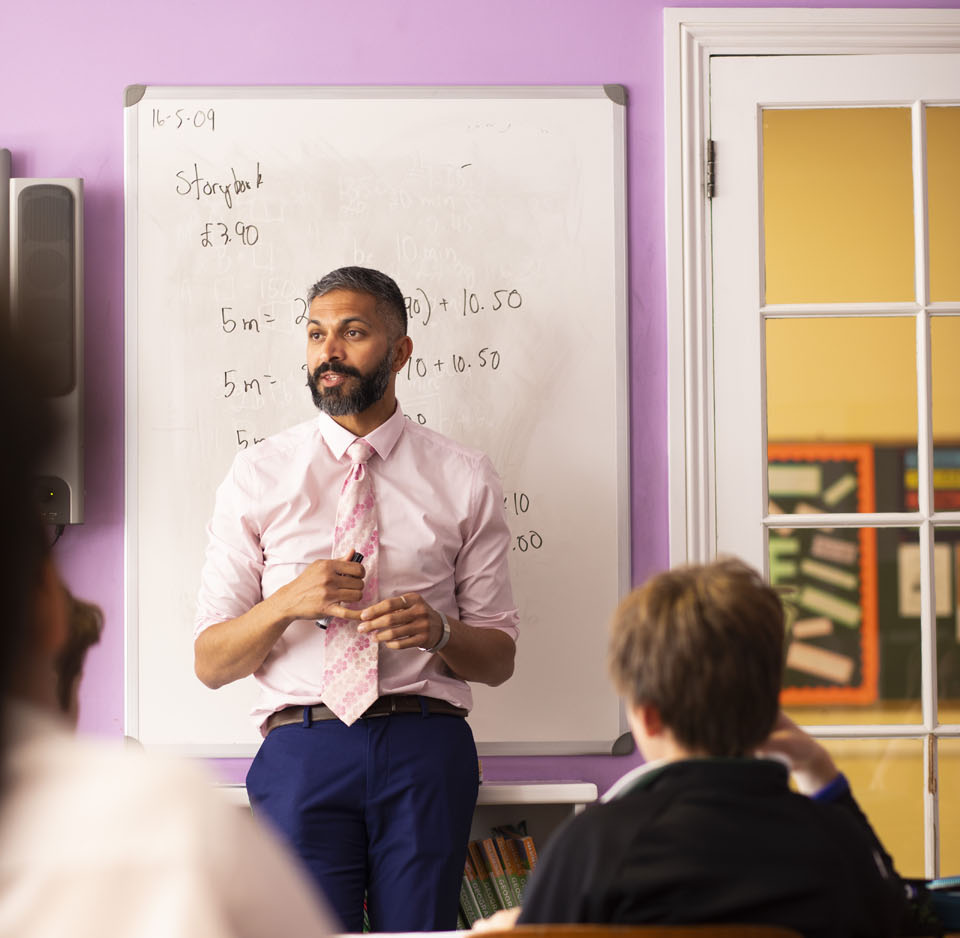 In the first installment of his Maths Mastery blog, Mr Rodricks, Head of Junior Prep Mathematics, above, explains what Mastery means and why it matters so much.

As I was pondering the best way to start this new Harrodian blog about Maths Mastery in my living room last week, my 12-year old daughter burst in after a day’s shopping, eager to model the new clothes she and her mum had bought. What really excited her about her purchases were their vibrant neon shades of green, yellow and pink. The electric colours struck a nostalgic chord with me, sparking fond memories of my own nineties childhood when I happily sported neon creations all the time rather than just occasionally, as I do today (bottom). But when I tried to explain the idea of retro-influenced fashion cycles to my daughter she was having none of it. ‘No, Daddy,’ she insisted. ‘These are new colours.’ It wasn’t until I provided her with real (and somewhat embarrassing) photographic evidence of my nineties neon fixation that she began to soften her stance.

It struck me then that, oddly, the Maths Mastery we are engaged in at Harrodian has something in common with the neon fashion revival my daughter is relishing. Maths Mastery is a distinct way of seeing the world mathematically which is rapidly gaining popularity not just across the United Kingdom but worldwide. It is often described as a new phenomenon and tends to be covered as such in the media.

Maths Mastery is often described as a new phenomenon but as with  the revival of neon, its roots are firmly grounded in the past

As with neon, though, Mastery's roots are firmly grounded in the past: way back in the 1980s, in fact. It was then that the Cockcroft Report, published in the UK, and An Agenda for Action in the USA, both called for a re-think of how mathematics should be taught. The research suggested that in the development of a mathematics system, a focus on calculation tended to limit learners. The report argued that, instead, Mathematics should put problem solving at the centre of its universe, ensuring children of all ages would grow and develop to their full potential. From this seed, Maths Mastery has blossomed into the flourishing movement we are working with today.

My own first exposure to Mastery came neither in the UK or the USA but whilst I was teaching overseas in Bangkok. It was my serendipitous presence at a workshop run by a group of Australian teachers which first started me down the Mastery path. This first, thought-provoking day-long session prompted me to do some serious thinking and research of my own. As I observed other mathematics teachers working and searched sources around the world, I began to gather the ingredients of teaching that I knew I wanted to create for my students.  Many of the ideas I adopted were drawn from the early years curriculum of the United Kingdom. To this day, when I try to explain the approach, I still find one of the best definitions of Maths Mastery is that it takes the methods of early years teaching and applies them to older children. More examples of what I mean by this and the way it works will follow in forthcoming posts.

Today, there are two distinct streams of Mastery teaching out there, one originating from Singapore, the other from Shanghai. After training in both, I’ve discovered that their paths to Mastery are quite distinct. The staff involved, the way a lesson starts and the way ideas are communicated are not the same at all. For me this is where the beauty of the approach lies. Mastery is not a scheme. There is no specific guide that details what each and every lesson should look like and there is certainly no requirement that each lesson should look the same as the last. Nor is there any expectation that two teachers with different classes will produce an exactly similar lesson for their students.

What the two methods do share in common is their sense that studying Mathematics has a wider relevance and a deeper purpose. Mastery is grounded in a belief that a world that is fundamentally mathematical in nature requires a language that can reveal its true beauty. Ultimately after all, studying maths means more than just passing a test, it’s about understanding where humanity began, where we are now and what possible future we may have. You know, the little things in life!

To parents new to Mastery such ambitions may sound rather grand for children setting out on the maths path at Prep level. I suspect that throughout history every generation of parents has been sceptical about the way their children are taught maths. Mathematics is constantly evolving and, while the changes may seem incredibly exciting for Mathematics specialists, it's only natural that parents are suspicious of an unfamiliar approach which, initially at least, probably sounds dangerously different to what we experienced at school and which initially at least, seems hard to grasp.

Mastery is grounded in a belief that studying maths is about understanding where humanity began, where we are now and what future we may have.

That’s why, as we continue to hone our approach to Maths Mastery at the Harrodian, talking and discussing the subject becomes more important than ever.  It’s vital that our community of pupils and parents knows why we are travelling down this path and how partnership between home and school could look in the future. That is in large part why I wanted to start this blog. What will follow in future entries is a range of insights and explanations of the way Mastery can work at various levels and useful advice about the best way of support pupils with their Mathematics at school and at home. I hope you find it helpful, useful and enlightening. I'd love to know what you think so please feel free to send your comments to me at the address below. Looking forward to hearing from you.

Feedback on this blog is welcome to: website@harrodian.com 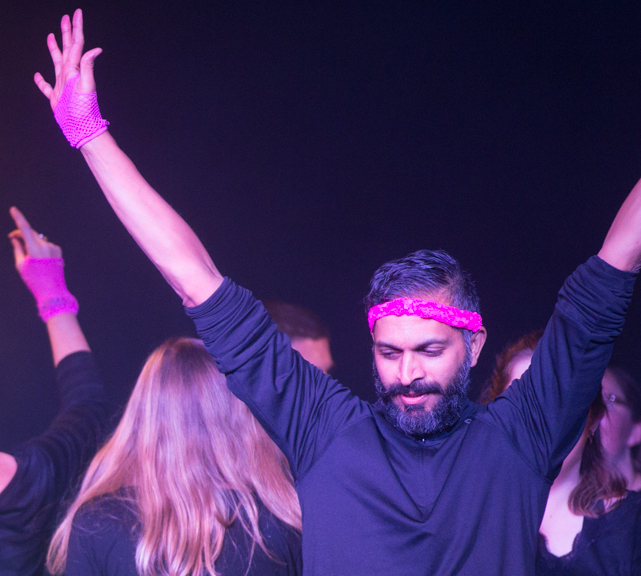