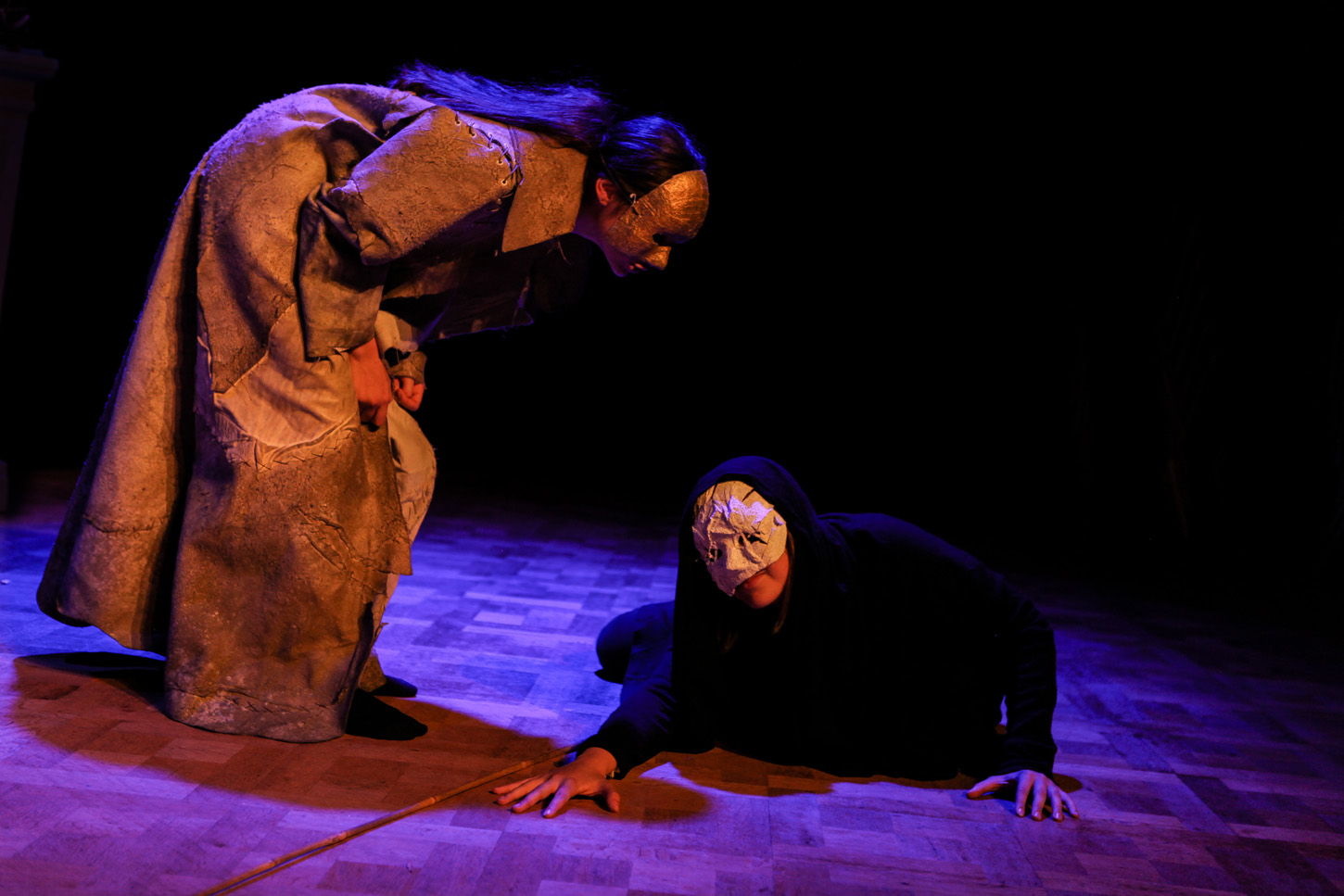 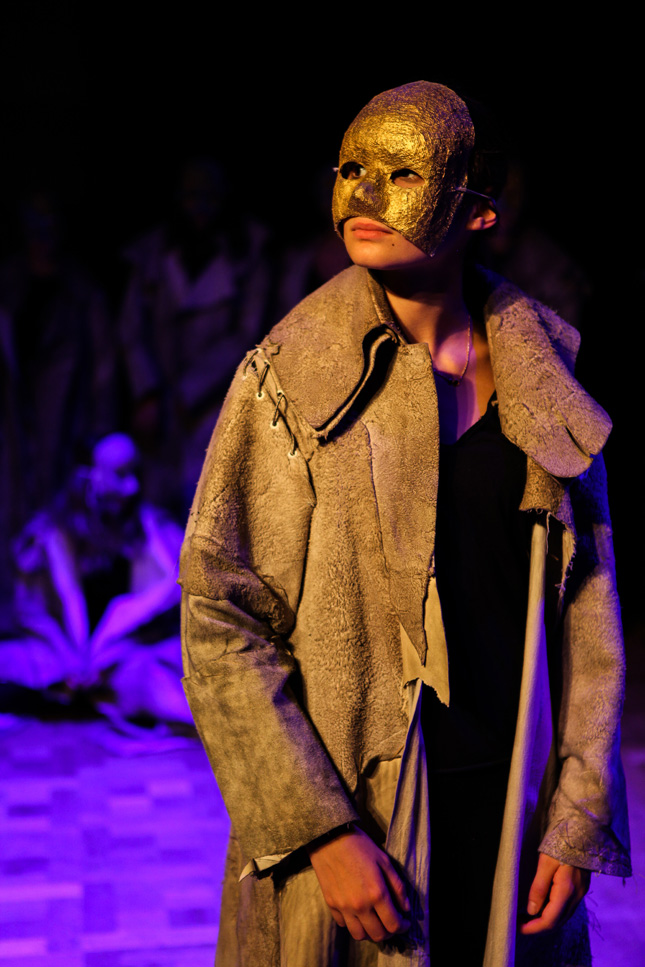 I’d never actually seen Oedipus Rex so when I entered the theatre, I was armed only with a few vague ideas about Greek Tragedy and the assumption that Oedipus, along the way, falls in love with his mother and kills his father. In fact, Oedipus Rex isn’t really about that; the story is not so much about love and murder but more about truth and the courage required to seek it. This was the play that the 15s drama students first began to rehearse in April and brought courageously to the stage this week.

As soon as the lights went up, the atmosphere in the theatre transported the audience into the plague-stricken past of ancient Thebes. Sombre music heralded the appearance of prostrate figures in peeling-skin costumes strewn across the stage in the glow of strange sick-green light. Each member of the Chorus relished his or her opening lines and Oedipus made his desperate introduction with all the intensity required.

Watching the opening sequences, we quickly became aware of the sheer dedication that was required to put this production on. One 15s student, who I saw the following morning, recalled how rapidly the play had come together as the performance approached . ‘A few weeks ago it was unrecognisable,’ he told me. ‘Practising as a company made us a tight-knit group that achieved far more than we ever thought we could.’

What is it that drives Oedipus to insist on finding out what he knows might destroy him? Is this his tragic flaw or is Sophocles’ play more complex than that?

The play began in a singularity of action, of masks, of verse and of an unravelling of information –  and of characters – as a result. Oedipus’s desire to know was effectively set against his wife and mother Jocasta’s eloquent attempts to assuage his fears. 'Fear? What should a man fear?' she asked him. 'It is all chance, chance rules our lives. Not a man on earth can see a day ahead, groping through the dark.' Delivered with languid ease, this would have persuaded anyone else but not frenetic Oedipus. 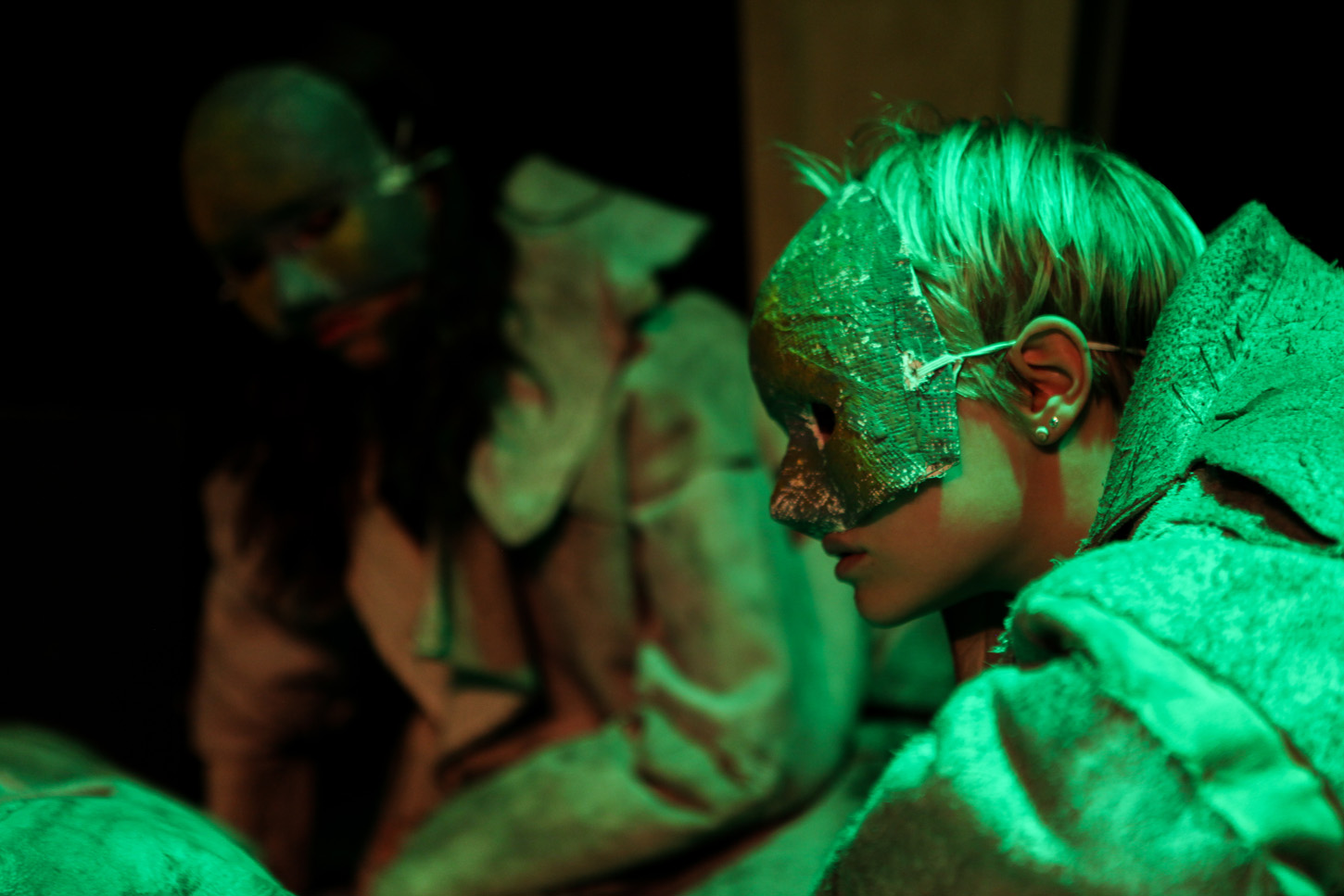 The impressive acting and the clarity of the delivery was such that we, the audience, left understanding Oedipus’s desperate final act in tearing out his own eyes. In many ways this is a play about metaphorical blindness completed by the final irony of a protagonist who is only capable of sight when he blinds himself physically. Angelica, playing Oedipus, captured the desperation of a character who cannot stand to stumble through life blind to the truth. The part of blind Tiresias, the character who seduces Oedipus into uncovering his own story was performed brilliantly by Sonya and Darcy, as the messenger, was also outstanding.

It is the question of truth that leaves a modern audience wondering... On one hand we crave it and on the other we understand we might just be better off leaving it buried where it is.

This was a remarkably mature performance of a harrowing tragedy that left many questions hanging over me as I left the theatre. Not least,  the question frequently posed during the drama: Why is the truth constantly being ‘raked up’. What is it that drives Oedipus to insist on finding out what he knows might destroy him? Is this his tragic flaw or is Sophocles’ play more complex than that? The philosopher Schopenhauer put it this way in a letter he wrote to Goethe, the poet and dramatist in 1819: 'It is the courage to make a clean breast of it in the face of every question that makes the philosopher. He must be like Sophocles’ Oedipus, who, seeking enlightenment concerning his terrible fate, pursues his indefatigable inquiry even though he divines that appalling horror awaits him in the answer. But most of us carry with us the Jocasta in our hearts, who begs Oedipus, for God’s sake, not to inquire further'.

Perhaps more than the question of fate, that so preoccupied the Greeks, it is the question of truth that leaves a modern audience wondering. We have many a saying – ‘fool’s paradise’, ‘ignorance is bliss’, for example. – that underline our ambivalence about truth.  On one hand we crave it and on the other we understand we might just be better off leaving it buried where it is. 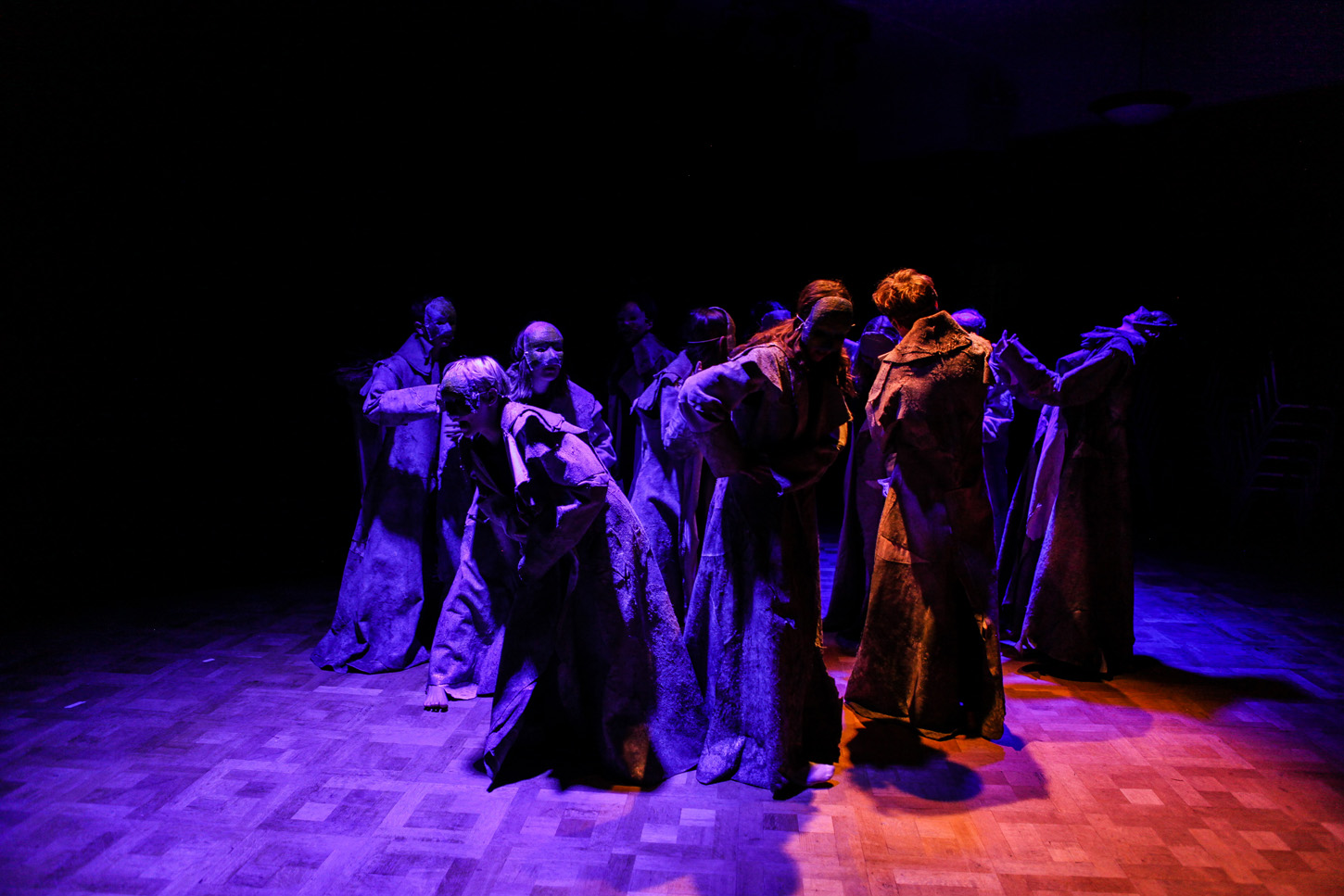