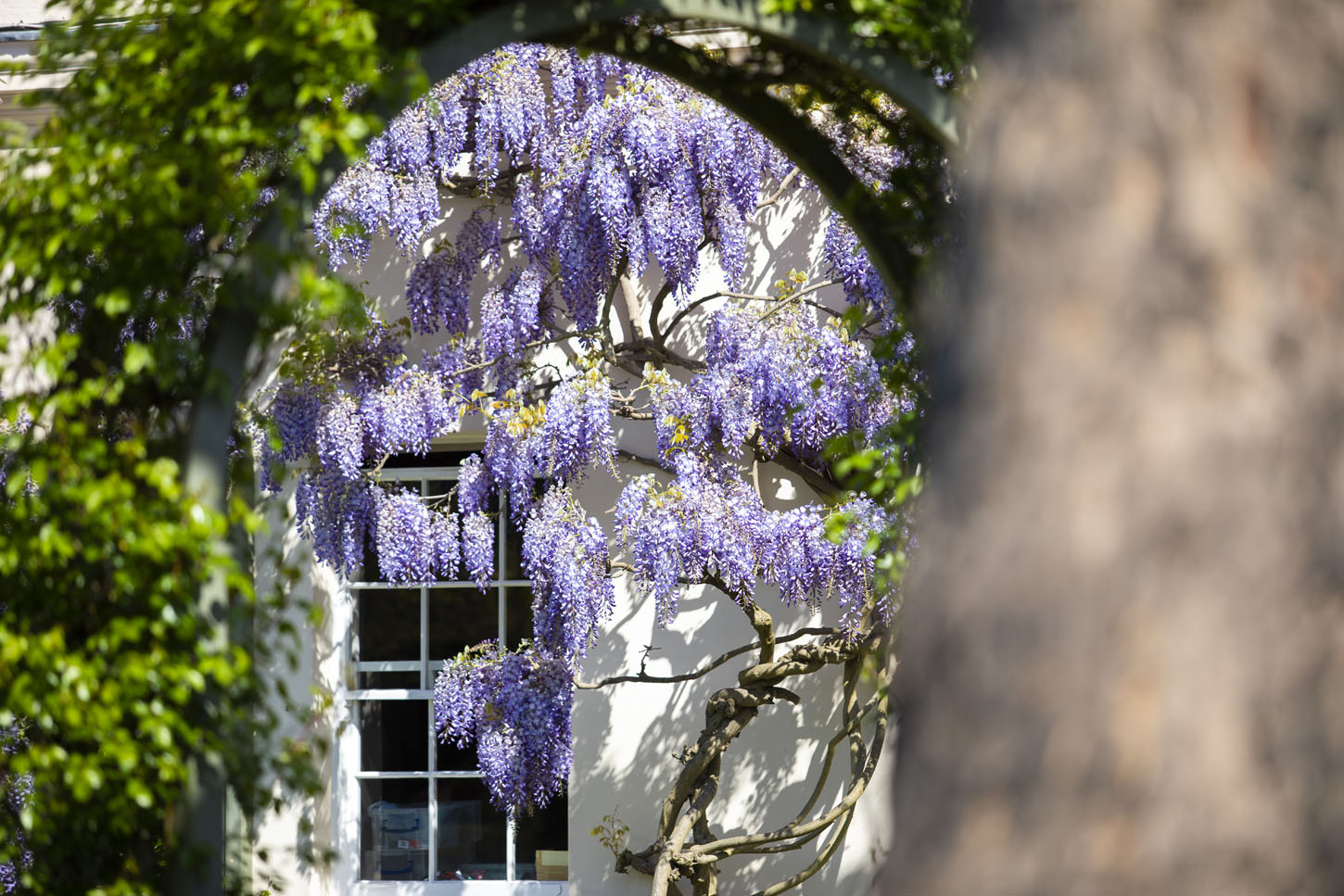 Amid the sadness and turmoil of the Covid19 crisis, Andy Woodward finds some reasons to be cheerful.

Well this is weird…

If I had been told at the year’s outset that we would soon all be spending months on end on lockdown; banned from work, school, social engagements, seeing relatives; barred from day trips, shopping, gigs or sport… well I’m not quite sure what I would have said, but no doubt it would have been expressed through the prism of a panic attack… Yet here we are – almost used to it. Settled into a world of daily repetition, endless video conferencing and unprecedented familiarity with our immediate surroundings and house-mates. Those nearest and dearest to whom we once gave too little time and attention… well it’s fair to say we’ve caught up by now!

There are plenty of negatives to be found in this situation. You don’t have to look too far to find them. It can even seem crass not to dwell upon them, given the thousands of personal tragedies behind death on such a scale and the daily nightmares unfolding in care homes or ICUs. We know Harrodian families have been hit. We know more may be hit still. We know there is economic turmoil to follow.

Even so, I am going to try to look for a few small positives  - not because of some irritating character flaw obliging me to profess cheer in the face of all evidence – but because hope and optimism do matter and are worth seeking out, most of all when they’re not easily found. They matter if we are to get up to face each day. They matter if we are to emerge from this dark period strengthened rather than dangerously diminished.

Firstly, I have been heartened by the proven reality of our nation’s recent engagement with mental health awareness. A professed shift of thinking that might have been dismissed as faddish and insubstantial has in fact been revealed as fundamental to national policy. I know better than to start publicly grading our leaders’ response to this crisis or commenting here upon the wisdom of the various lockdown options. However, I do commend the fact that, when limits had to be placed upon the UK population, our mental as well as physical health was considered. While I’m sure other factors have also contributed towards the decision to allow people out for daily excursions – a concession retained under immense pressure – politicians and medical leaders have nonetheless affirmed out loud, on multiple occasions, that mental health matters; that fresh air and exercise are more than luxury extras.

I have been heartened by our nation’s recent engagement with mental health...when limits had to be placed upon the UK population, our mental as well as physical health was considered.

This is not to be taken for granted. In Italy or Spain, no such allowance was granted (and for very understandable reasons – I get that too!). In the UK it does seem, as we act to help our NHS being overloaded by this virus, that there has also been a desire to minimise a secondary overload of our already insufficient mental health services via the long-term caging of those battling with depression, toxic relationships or anxiety disorders. It suggests all the fine words on this issue by politicians, royals and various public figures were more than words alone. It helps affirm then to the rest of us that it’s right and valid we continue prioritising our own mental wellness amidst all the other responsibilities we bear during this strangest of seasons.

Secondly, while increased screen time and social media dependence certainly bring their own pastoral issues, there may be some benefit to the break from other social pressures and activities that this lockdown represents. While, as backed by regular pupil surveys (although I know we’re due another one!), I certainly believe our school is an enjoyable place to learn, the playground – any playground – can nonetheless be a stressful place to navigate. I know some of our cohort really do worry about daily group dynamics (who will I sit next to at lunch?) and the pressures associated with parties at the weekend. And don’t worry, I know the answer isn’t actually to lock up our children indefinitely!

I hope there’s some value to be found in this rare opportunity for a reflective pause, rest and reset. Maybe this turns the heat down. Maybe some things really might be done a little differently afterwards?

Even so, just as for the wider world, I hope there’s some value to be found in this rare opportunity for a reflective pause, rest and reset. Maybe this turns the heat down. Maybe some things really might be done a little differently afterwards? I am certainly looking for ways that can be true in our top-down approach. In the meantime, at least everyone gets a little time off from the whirl… While time at home is not restful or welcome for everyone, I am heartened by a personal memory of once unexpectedly encountering one of our edgiest and most streetwise Harrodian teenagers out on a Saturday day trip with family. Accustomed to seeing him scowling and growling, it was almost moving to see him with his cousins in chase, care-free and childlike, laughing in a way I couldn’t imagine around his mates on a weekday. I do hope there has been some of this respite enjoyed in recent weeks. I know more than one pupil who has already admitted… lockdown’s been quite nice in some ways…

Thirdly, there’s this vexed concept of learning new skills, life lessons etc. Now many of the ‘woke’ pastoral/mental health accounts I follow for inspiration have been falling over themselves to dispel this new pressure. They’re right – if simply coping is hard enough, you shouldn’t also feel you have to justify not yet having learned a new musical instrument, conquered a new language or written a novella. But, that said, I honestly think it’s hard NOT to have learned something about yourself and others during this time – whether practical, conceptual or both. We have all had to do things differently, and we have generally found ourselves, perhaps to our surprise, able to do so. Certain colleagues of mine, recently fearful of any technology more powerful than a solar-powered calculator, are now observing with disbelief the fact they run Google classrooms, make their own movies, lead meetings on Zoom.

I honestly think it’s hard NOT to have learned something about yourself and others during this time – whether practical, conceptual or both. We have all learned to do things differently ... and we have found ourselves able to do so

My wife – in the grind of occupying a 4- and 6-year old daily (I do help too, honest, but I can’t pretend it’s an even share in term time) – has found herself overseeing the baking of pizza dough, the growing (and, at other times, pressing) of flowers, the teaching of fractions, the practice of yoga and much more besides, most of it outside her comfort zone. Speaking for my own experience, I’m not proud of every new diversion; for example I can now relate slightly more to the pupils having, for one inexplicable week, become suddenly addicted to Instagram and the world of, ahem, ‘dank memes’. More productively however, I’m now slightly fitter, I cook slightly better, I read more, I know more than I did about art, types of trees, and the show Paw Patrol. I certainly know our neighbours better than I did, courtesy of Easter holidays spent almost entirely in our respective back gardens. And, completely bizarrely, now forced to roam only locally and in rationed form, it turns out the Woodwards live within 10 minutes stroll of a 44-acre nature reserve we never knew existed!

These are not big things, but we will all have our own version of that list, we have all negotiated a scenario we never would have envisaged or envisaged putting up with and, to return lightly to a theme I will certainly write about it more detail if things drag on, nothing will be entirely the same afterwards… not for teachers, for the high street, for the government…

We can emerge better. We may even remember that we learned to love and value those who delivered to us, served us at the supermarket and went to fight this disease face to face

That’s scary, but exciting too. We can emerge better. We may even remember that, while many of the most regarded and well-rewarded jobs around us turned out to be quite possible to pause, we learned to love and value those who delivered to us, served us at the supermarket checkout and, yes, went to fight this disease face-to-face day after a long day on the front line, while most of us fought only impatience, boredom and our own perceived limitations. Do keep turning out to cheer them… but feel free also to reserve a clap or two for yourself. You’re doing a great job. 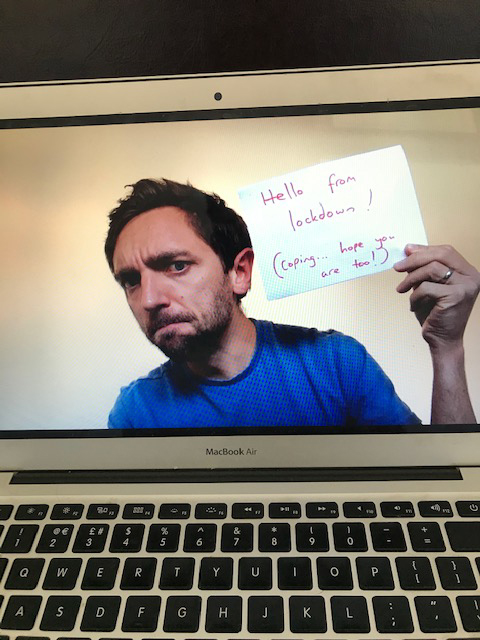 Mr Woodward welcomes feedback on this blog to website@harrodian.com