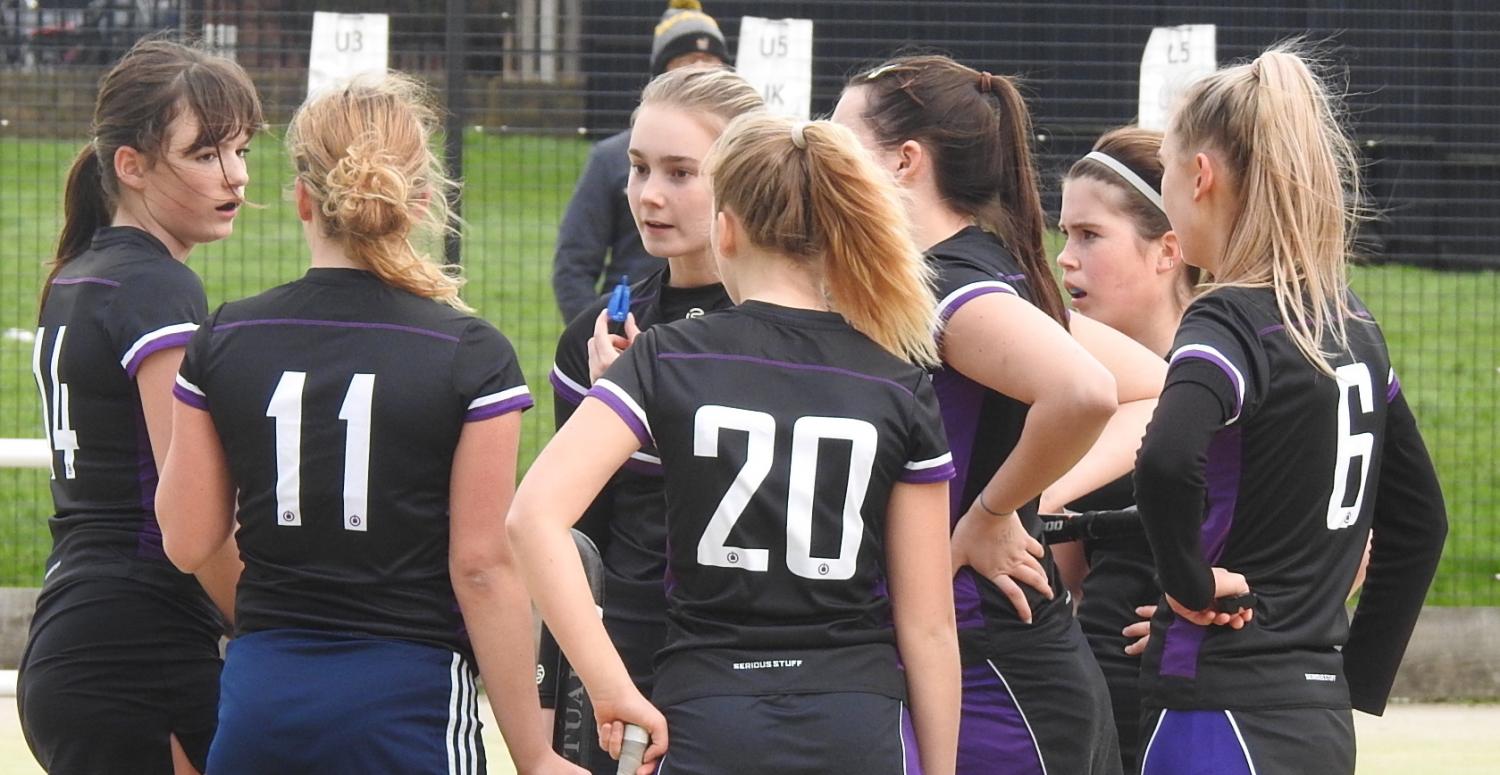 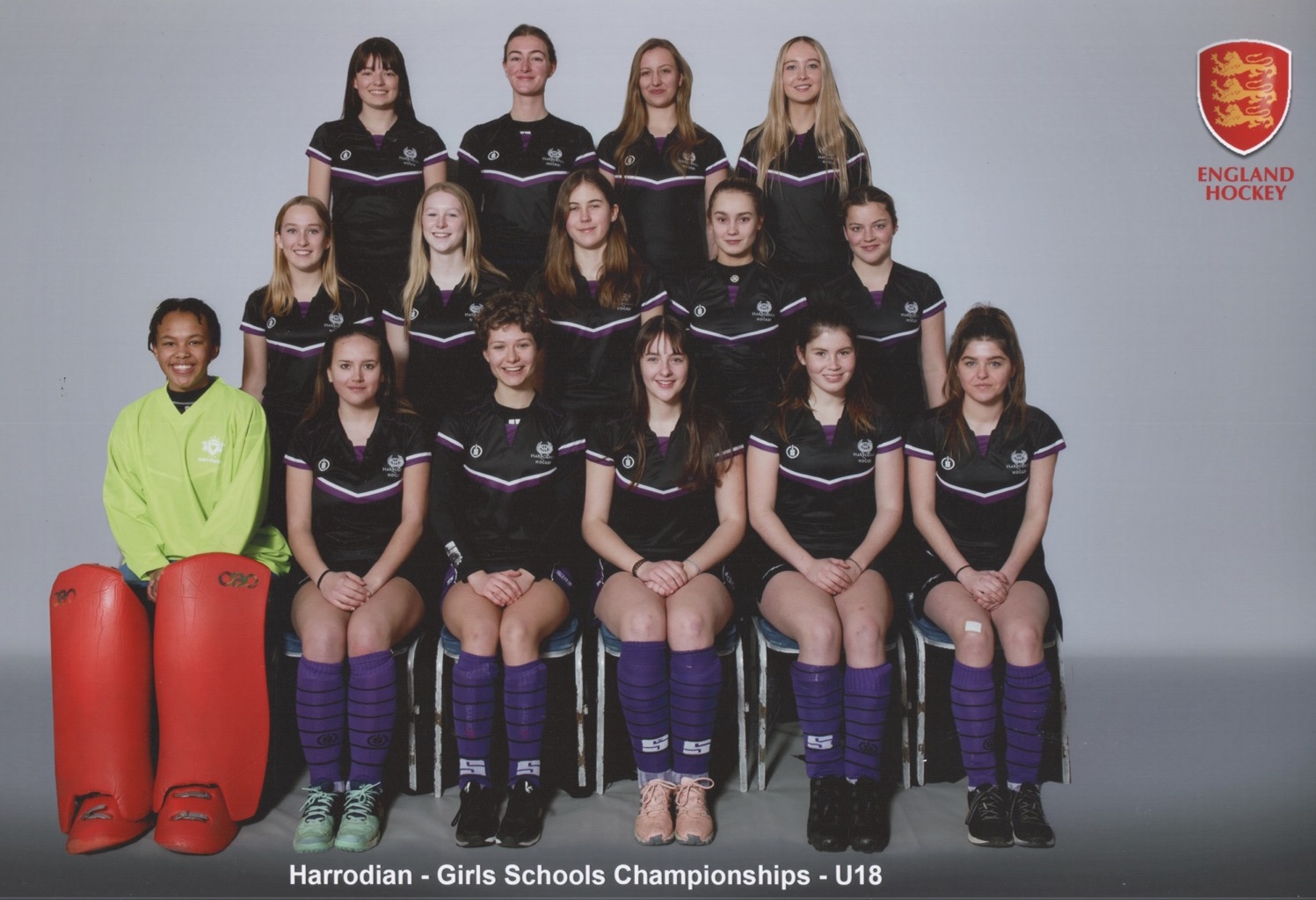 Thanks to the antics of Storms Ciara and Dennis, the Spring Term didn't live up to its name. But across our major sports, senior teams and individuals of both sexes overcame the challenges presented by wind and water to produce some excellent results in fixtures and competitions during the late winter. 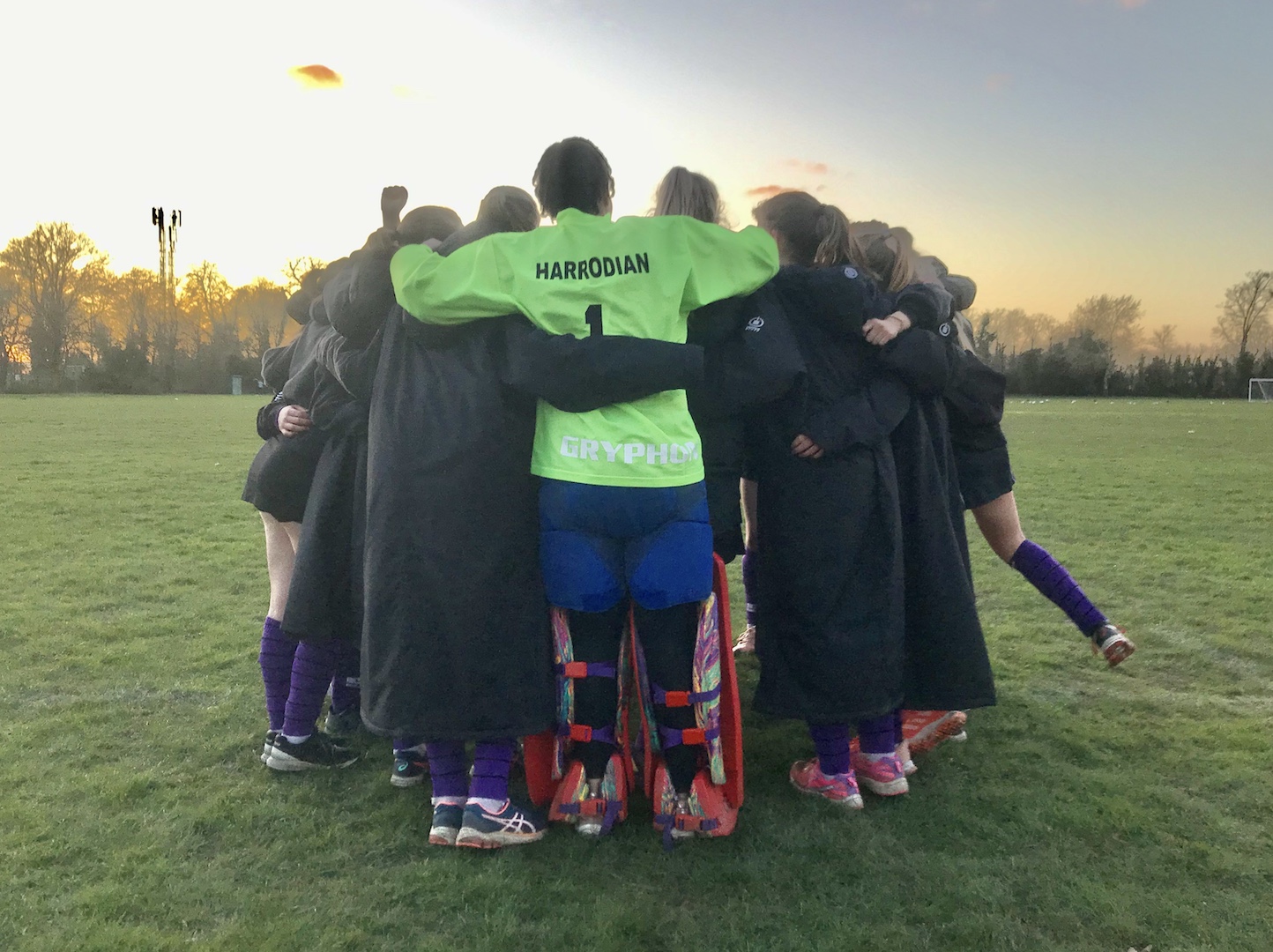 For Harrodian’s First 11 Hockey team the season was a remarkable one. Before Christmas, their success in the South regional finals’ day earned the girls a place among 10 other teams from every English region at the Tier 4 Under 18s National Finals Day on 3rd March.

The team built on its excellent form in midwinter fixtures. In their final match before the round-robin tournament, the team warmed up with a comfortable 3-0 victory over Streatham and Clapham High School, playing with the blend of energy, team spirit, level headedness and skill that has brought them success this season.

Remarkably the first XI Hockey then survived a day of high drama and tension in the National Finals day at Reading, winning one, drawing two  and losing one of their matches to finish second in their group and qualify for the 3rd-4th play off which they lost by the only goal in a tight game. Nevertheless, as the pictures above illustrate, the whole team, Coach Pip Mitchell and Manager Marcus were delighted with their fourth place, the best ever performance by a female Harrodian team  Read the full story here 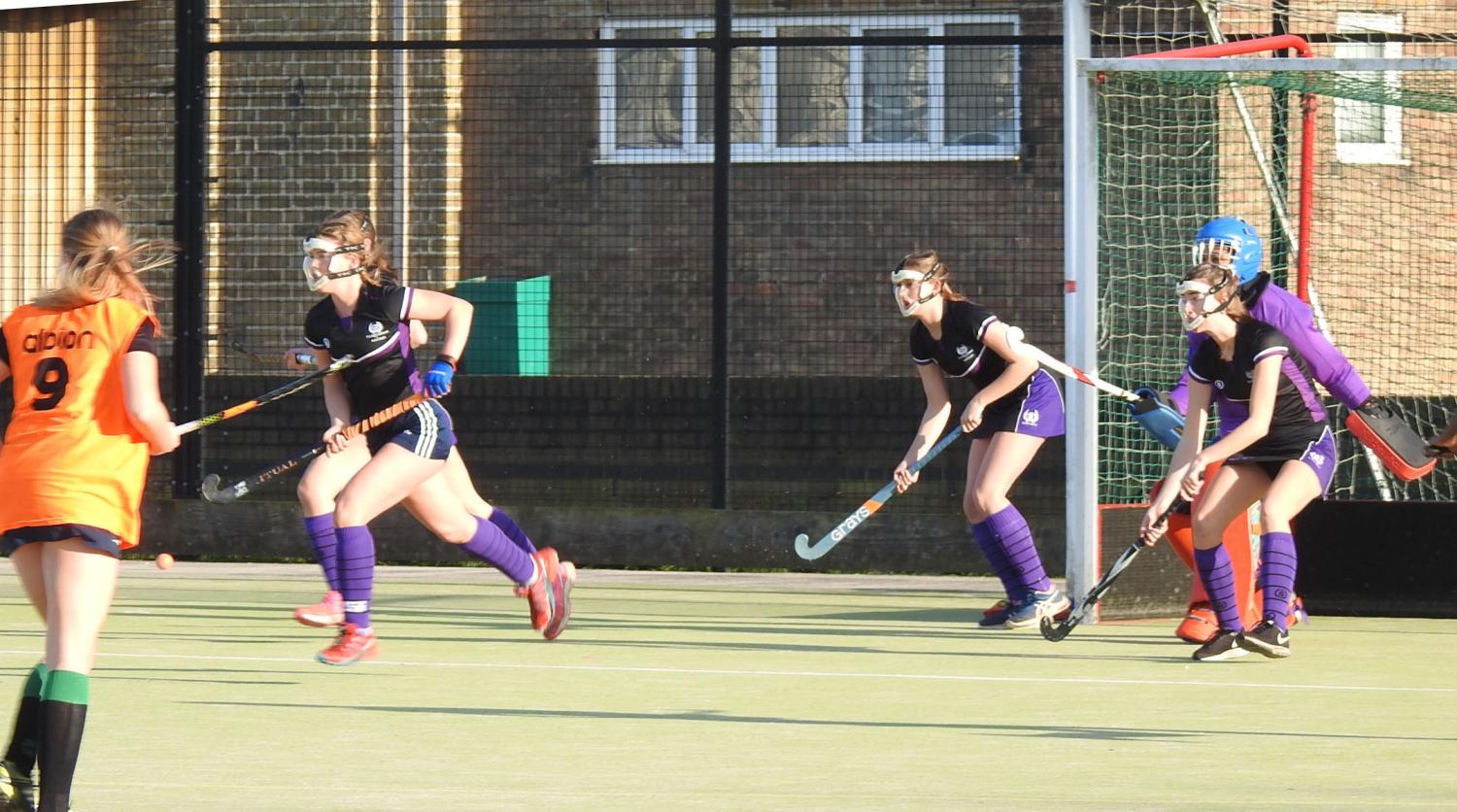 ‘We’re delighted our most senior hockey team has competed so well and performed with such grit and resilience in the Nationals,’ says Ben Proudfoot, Head of Harrodian Sport. ‘They’ve established themselves as Harrodian's best ever hockey team and they – and their coaches – can be very proud of that.’ 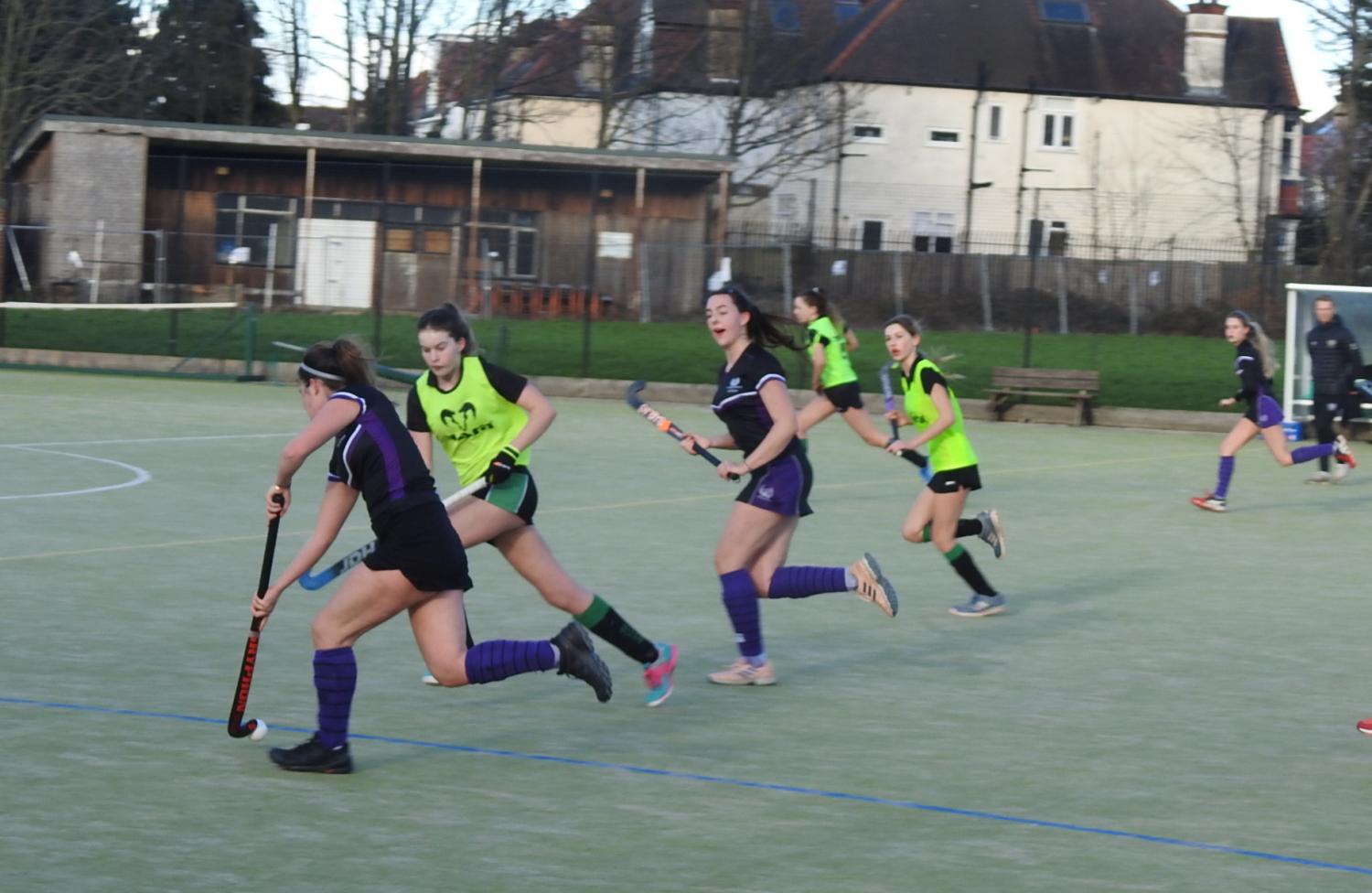 To see a gallery of  hockey and rugby pictures, please follow this link

Just  as  remarkable in their way as this hockey success were the performances of three runners – two girls and a boy – whose success in the Middlesex Cross Country finals saw them qualify for the Schools National Finals day in March. Year eight student, Rosalie – still actually a Harrodian Prep pupil – came third in her age group with year-niner, Evie coming sixth, while Louis won his age group by a clear ten seconds.  As well as running at school, all three pupils are members of athletics clubs where they train hard in their spare time. Louis’s performance is all the more remarkable, bearing in mind that he only discovered the joys of running two years ago. ‘I came late to running. I was already 13 when I started taking it seriously and found I was good at it,’ he recalls. ‘Now I love it. It’s still early days but I’d love to be a professional runner in the future, if I can.’ 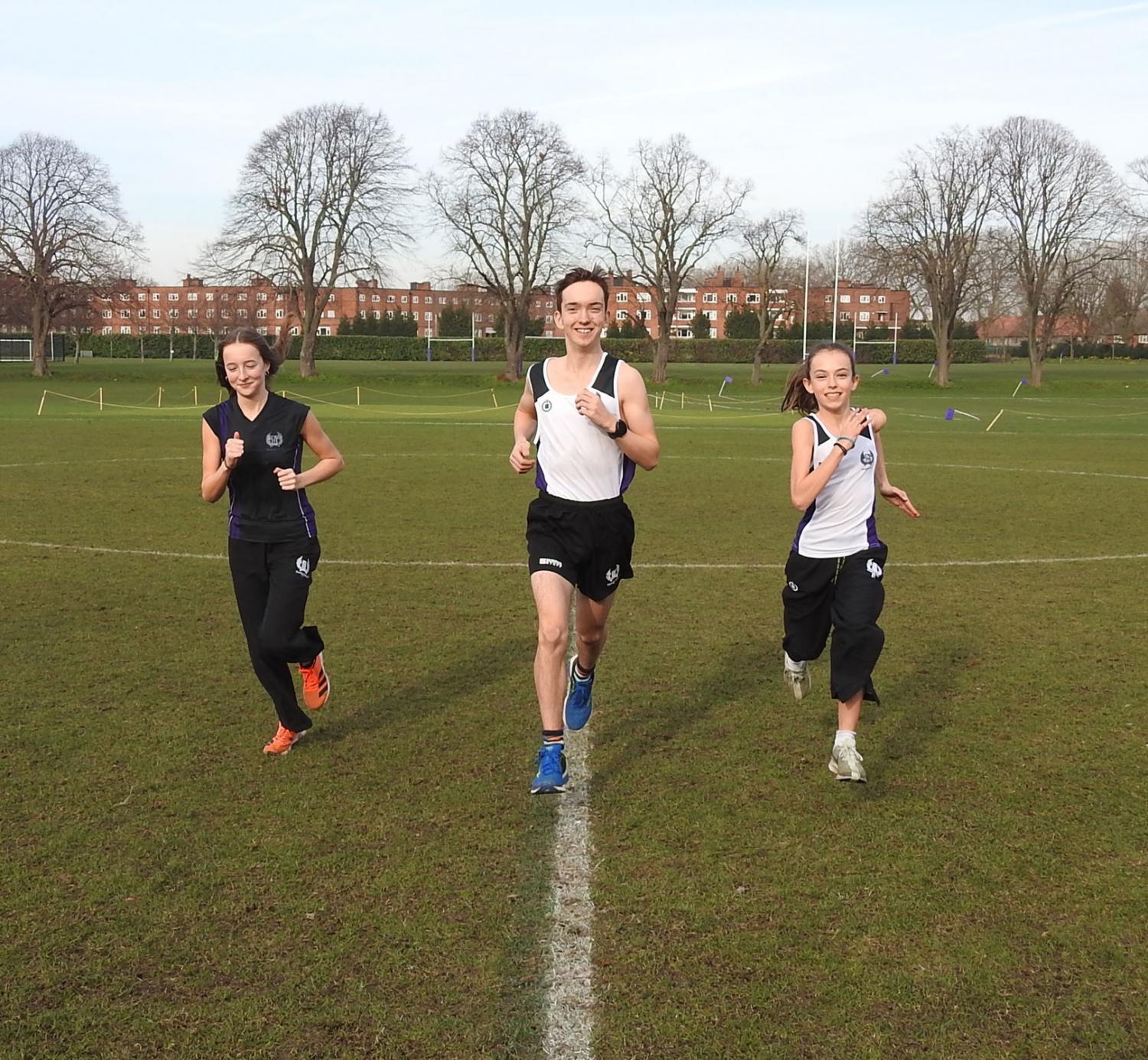 I came late to running. I was already 13 when I started taking it seriously and found I was good at it. Now I love it. 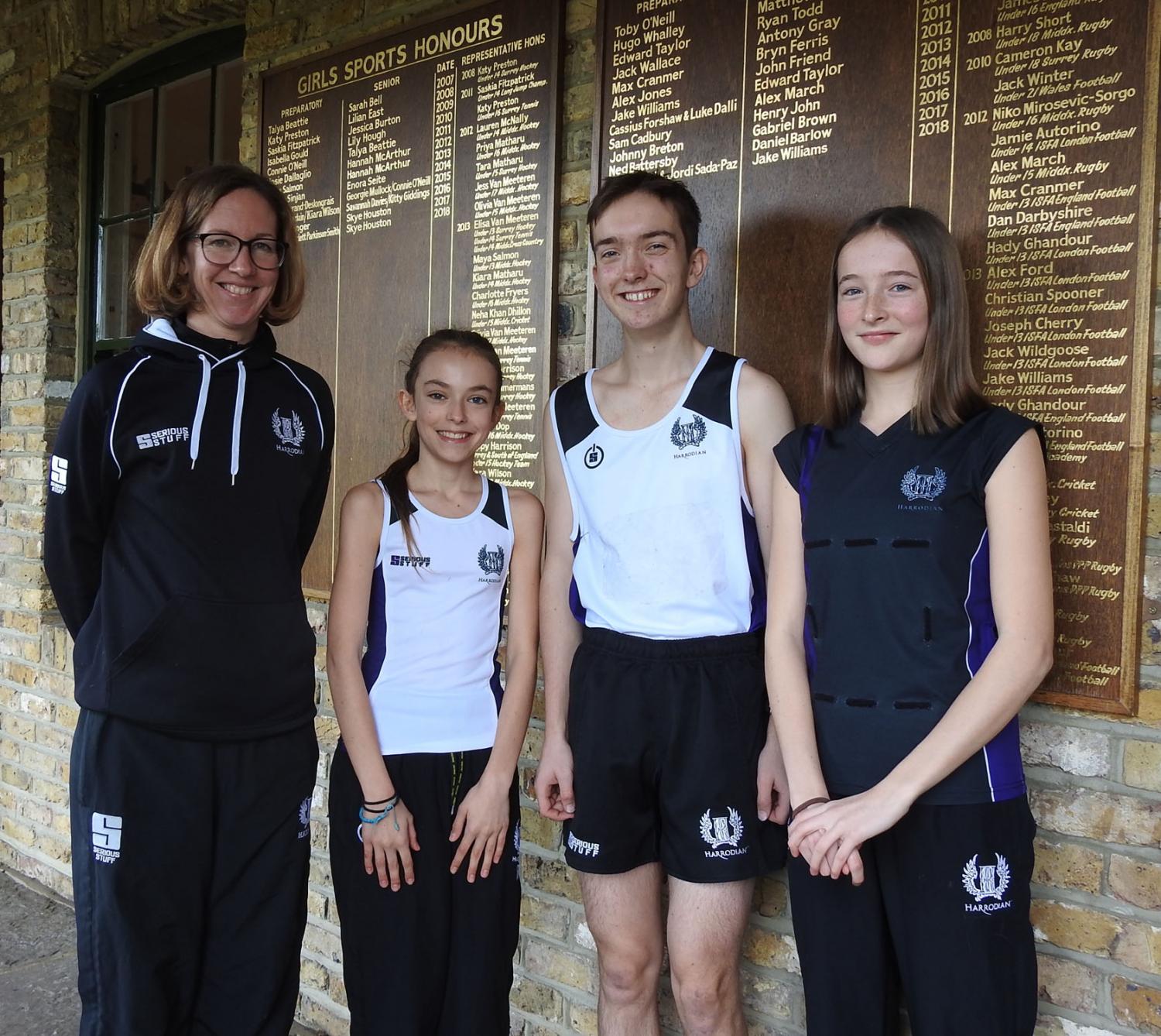 Harrodian’s First 15 is enjoying an encouraging 2020. With around two thirds of the season behind them, the team is on a steady upward curve and has won all of its February fixtures so far. The pictures here show action highlights from the comfortable home wine (38-7) against ACS Cobham (in green and white) and the tighter victory against a Tiffin School fifteen (blue, red and white stripes). The Tiffin fixture demonstrated the staying power and spirit of the Harrodian squad, featuring as it did, a second half comeback from a strong away side which sparked a great final 20 minutes of attacking rugby from Harrodian which saw them run out winners by 33-17.